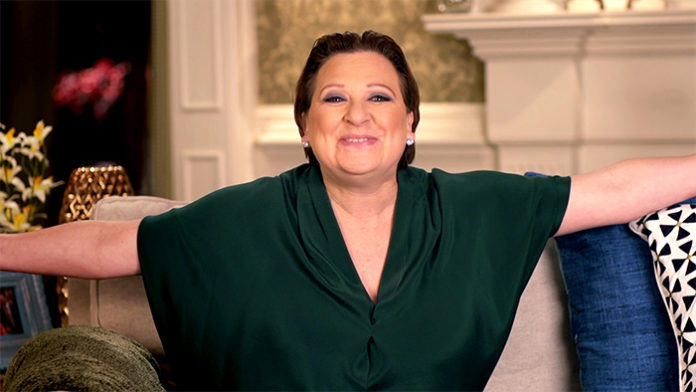 A television personality, Caroline Manzo rose to prominence in the popular reality series, The Real Housewives of New Jersey. Introduced during season 1, she remained on the show for four years, prior to departing at the end of season five. Not only did she star alongside her sister Dina (whom she has a rocky relationship with), as well as a number of all costars. Responsible for her rise to fame, RHONJ remains to be one of her best-remembered appearances on television.

Since her television debut, she has unsurprisingly, appeared in numerous other shows including Who Wants to be a Millionaire, The Millionaire Matchmaker, The Tonight Show with Jay Leno, and Rocco’s Dinner Party, to name a few. At one point, the reality star even had her own spin-off titled, Manzo’d With Children, which followed the daily life of Manzo, and her family- her husband, Albert, and two sons, Chris and Albie. Relatively successful, the series ran for three seasons before concluding in October 2016.

Since then, her list of television credits has only grown. In the recent years, she has been featured in several additional shows including Steve Harvey, FabLife, Rachael Ray, and Today. What else has Manzo been busy with outside of the show business? A successful businesswoman, she also spends time managing her family-owned catering company, which runs out of Paterson, New Jersey. On top of that, she’s also affiliated with several charities in the country including SCTNOW, a foundation dedicated to stopping child trafficking and CROC, a non-profit that helps cancer survivors.

Considering all that she’s involved with, how wealthy is Caroline Manzo? What is her 2018 net worth? According to sources, the reality star’s wealth is currently estimated to be around $8 million. Where did she earn this kind of money from? What is her salary for starring on the Bravo show? Hopefully, we’ll be able to answer most of these questions, if not all, below.

How did Caroline Manzo Make Her Money & Wealth?

Born on August 23, 1961, in New York, Caroline Manzo grew up with her nine siblings in New Jersey, one of whom includes her sister Danzo, who also stars on The Real Housewives of New Jersey. Unfortunately, not much has been revealed about her early life at this time. In fact, it’s unclear what she had worked in prior to the Bravo reality series. As soon as we know more, we will update this section.

Launching her television career in the late 2000’s, Manzo made a brief appearance on My Fabulous Wedding (2007), before landing a lead role in Bravo’s reality series.

Premiered in 2009, the reality series served as the fourth installment of the franchise, following The Real Housewives of New York City, Atlanta, and Orange County. As popular as its predecessors, the show revolved around five women at the time of its debut. As an original housewife, the NJ native was featured in the first five seasons, while her sister Dina, starred in the first two.

Perhaps the greatest highlight of her television career to date, RHONJ garnered her much game throughout the late 2000’s and early 2010’s. For the first five seasons, both Manzo’s personal and private life were followed in detail on the show, as were her co-star’s. By the time she departed from the series at the end of season five, she already had herself a considerable fanbase.

How much did she make from the show? As you probably already know, the salaries differ for each housewife. According to sources, Manzo reportedly made $400,000 per season. To put things into perspective, her co-stars Melissa Gorge and Jacqueline Laurita were said to have received $350,000 and $275,000 per season respectively. Multiplying that amount by five (e.g. five seasons), she would have yielded approximately $2 million from the series altogether.

Not long after leaving RHONJ, Manzo landed her own reality series, Manzo’d with Children in 2014. The show’s first spin-off, it followed the daily life of her and her family, including her husband Albert, and three children, Chris, Albee, and Lauren. Premiered on October 5, 2014, on Bravo, the first season ultimately ran for eight episodes, until November 2014. From there, the show was renewed twice; the third and final season concluded in October 2016, after ten episodes.

Since then, Manzo hasn’t starred in any new reality series. With that said, she has appeared in a handful of talk shows such as Access Hollywood Live, Today, and Steve Harvey. She even served as a guest co-hostess on FabLife.

Caroline Manzo has been married to her husband, Albert Manzo since 1984. A businessman, he is the co-owner of The Brownstone, a New Jersey-based event and catering business.

Does Caroline Manzo Have Any Children?

Did Caroline Manzo Go to College?

As far as we know, Caroline Manzo did not go to college.

What is Caroline Manzo Famous For?

Caroline Manzo is best known for her appearances in Bravo’s reality series. One of the original cast members, she starred on the show for five seasons, prior to leaving in 2013. Later on, she was also the focus on the spin-off, Manzo’d with Children.

Caroline Manzo currently resides in New Jersey with her husband. Since their children have moved out of the family home, the two have been busy doing some redecorating.

What Kind of Car Does Caroline Manzo Drive?

We do not have any information on Caroline Manzo’s car.

How Much Money Did Caroline Manzo Earn Last Year?

It’s unclear how much exactly Caroline Manzo earned in 2016 at this time.

As mentioned earlier, the reality star hasn’t starred on Bravo TV since Manzo’d With Children in 2016. What has she been up to since then? Looking at her IMDb page, she has appeared in a few shows in the recent years, including FabLife, Access Hollywood Live, and Today. Most recently, she also appeared as a guest on the talk show, Steve Harvey.

Seeing as how her husband owns a successful catering facility, it wouldn’t be out of the question for her to have been busy helping with the business in the recent months.

If you’d like to stay connected with the former RHONJ star, why not follow her on social media? You can find Caroline Manzo on a few platforms including Twitter at @CarolineManzo and Instagram at @carolinemanzo.