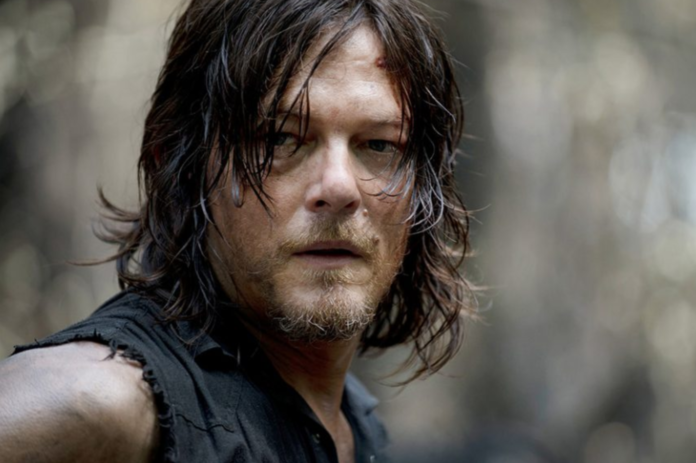 American actor, model, and artist Norman Reedus has experienced mainstream success at a later age than many other actors. Since the beginning of the Walking Dead in 2010, Reedus has landed numerous acting, modeling and artistic gigs. Reedus has even partnered with famed video game designer Hideo Kojima as a voice actor and model for the upcoming game Death Stranding. Despite being a “late bloomer” in some regards, Norman Reedus’s hard work is finally manifesting in a rapid onslaught of well-deserved wealth and success.

The Walking Dead has been one of the most successful television series in years, and Norman Reedus is one the show’s top stars. In earlier seasons of the show, Reedus was estimated to make around $60,00 per episode. But even that figure pales in comparison to the $600,000 he now earns per episode as Daryl Dixon. Reedus has been a successful model and actor for many years, but his mainstream debut in the AMC Horror Drama accounts for the majority of his net worth.

Even before The Walking Dead, Norman Reedus had already built up an impressive acting and modeling portfolio. His newfound success also gave him the time and money to pursue his interests in photography, art, and traveling. The photos, paintings, and sculptures of Norman Reedus have found their way into many art galleries, especially in New York City. Reedus’s skyrocketing popularity has given him influence over fans of all ages, which in turn has brought him millions of dollars.

How Did Norman Reedus Earn his Money and Wealth? 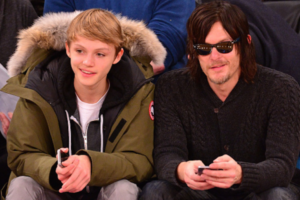 Unlike many other Hollywood stars, Norman Reedus had a fairly normal early life. He was born in Hollywood, Florida to parents Marianne and Ira Reedus. Reedus became interested in various forms of art from a young age, and also sparked an interest in theater and acting.

After attending Bethany College in Virginia for a semester, Norman Reedus moved to California to pursue a career in art. Reedus also worked at a Harley Davidson shop in Venice, California. He also contributed many art pieces to shows around Los Angeles. Reedus contributed a wide variety of art to many projects, including photography, film, sculptures, and paintings – all of which he continues to create today.

While attending a party in Los Angeles, Norman Reedus was asked by an acquaintance to act in a play. After appearing in the play Maps for Drowners in the Sunset Boulevard, he was approached by a modeling agency. Just a few years later, Reedus made his film debut in the 1997 Sci-Fi Horror Film Mimic, directed by Guillermo Del Toro. While the film received favorable reviews from critics, it grossed only $25 million dollars in box office sales – $5 million short of its $30 million dollar budget. That same year, Reedus also appeared starred in the drama Film Floating. The next few years, the budding young actor feverishly pursued his passion, filling every free moment with acting.

Norman Reedus modeled for many brands in the late 1990s, including Prada, Alessandro Dell’Acqua, Durban, Lexus, and Levi’s. Although he models less, he is still sought after by many brands to be their “face” for brief periods of time.

In 1998, Norman Reedus appeared in 5 films. He played various parts in the films I’m Losing You, Six Ways to Sunday, Reach the Dock, Dark Harbor, and Davis is Dead. Reedus appeared in 3 films the next year – 8mm, Let The Devil Wear Black, and The Boondock Saints. Prior to The Walking Dead, Reedus was most known for his portrayal of Murphy McManus In The Boondock Saints alongside co-stars Willem Dafoe and John Patrick Flannery.

Norman Reedus booked up this year in 2000 once more with 4 drama films – Beat, Sand, Gossip, and Bad Seed. In 2001, he only starred in the single film – The Beatniks as Nick Nero. He then appeared in the films Luster, Blades II, and Deuces Wild in 2002.

Along with appearing in the films Octane (Pulse) and Overnight in 2003, Norman Reedus made his television debut. That year, he appeared in 2 episodes of the TV drama Charmed. Reedus took a one-year hiatus from TV to appear in the films Great Wall Great Medicine and Until the Night in 2004. Reedus returned to television in 2005 for a single episode of Masters of Horror in 2005 and also appeared in the films Antibodies and The Notorious Bettie Page. The next year, Reedus appeared in Law and Order: Special Victims Unit and 13 Graves. His 2006 Law and Order appearance ultimately led to a chain reaction in publicity that landed him his eventual role in The Walking Dead. He also appeared in 4 films that year – A Crime, I Thought of You, Walls, and Killer Queen.

Between 2007 and 2010, Norman Reedus continued to book up his schedule acting as he had before. He appeared in films including American Gangster, Hero Wanted, Pandorum and The Boondock Saints II: All Saints Day.

2010 was a life-changing year for Norman Reedus. Despite the fact many of his friends and fellow actors told him to decline the role of Daryl Dixon in The Walking Dead, he decided to go for it anyway. Even though Daryl Dixon was originally not a main character in the Walking Dead comic series, Norman Reedus’s portrayal was met with such positive reception the show shifted gears to give him a more central role. By the second season, he was a main character of the show. Reedus also appeared in 4 films in 2010, as well as the pilot episode of Hawaii Five-0.

For several years, The Walking Dead accounted for the majority of Norman Reedus’s workload. He was not stepping down his game, however – simply putting most of his effort into a single show. Reedus voiced his character Daryl Dixon in the 2013 video game for The Walking Dead. He also met famed video game designer Hideo Kojima (creator of the Metal Gear series) around the time and was personally selected by Kojima to act as a performance capture model for the 2014 horror game P.T. He also made a cameo appearance in the film Stretch in 2014.

In 2015, Reedus appeared in the films Vacation, Air, and Sky. He appeared in the Crime Thriller Film film Triple Sky in 2016, and also voiced characters in American Dad, Turbo Fast, and and the DreamWorks animated web series Voltron: Legendary Defender.

A longtime lover of motorcycles, AMC gave Norman Reedus the opportunity to combine his love of acting and cycling in 2016. In fact, the show came about after AMC president Joel Stillerman ask Reedus if he’d do a show about motorcycles – to which Reedus replied “Yes, yes, yes, right away” before Stillerman could even finish. The show, named Ride with Norman Reedus, ran for a single season. During each of the 12 episodes of the show, Reedus would choose a special guest to ride and travel to a unique location with.

In 2017, Norman Reedus continued to act in The Walking Dead. He also voiced Daryl Dixon in an episode of Robot Chicken parodying The Walking Dead. Reedus is currently working with Hideo Kojima on the upcoming video game Death Stranding, where his likeness and voice will be used for one of the game’s characters.