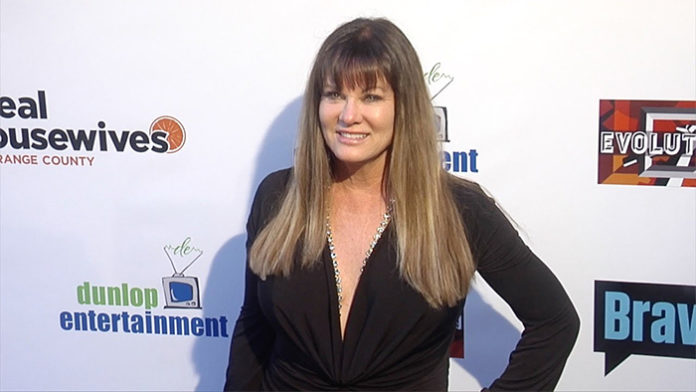 A former Playboy model, Jeana Keough recently rose to fame in the popular reality series, The Real Housewives of Orange County. Hailing from Wisconsin, she enjoyed an active acting career in the mid 80’s, having appeared in over a dozen films and television series. For instance, she had made her debut in the movie, The Death of Ocean View Park (1979) at the age of twenty-four. Some of her other early credits include The Capture of Big Foot (1979), Pink Lady (1980), and Lovely But Deadly (1981).

Continuing to act into her late twenties, Keough participated in several additional films including History of the World, Part I (1981), The Beach Girls (1982), Six Pack (1982), and 10 to Midnight (1983). Her last big screen appearance was in Robert butler’s comedy title, Up the Creek (1984), starring Tim Matheson, and Dan Monahan. Since then, she has not returned to the film industry.

Aside from her involvement in the film, Keough had also appeared in a handful of TV series (albeit as minor characters). For example, she made one-off appearances in the titles, T.J. Hooker (1983), The A-Team (1984), and St. Elsewhere (1984). Much like her movie career, however, she left in 1985, her last role being in that of Cheers. From there, it wasn’t until many years later, that she returned to television, this time as a reality star on The Real Housewives of Orange County. One of the original cast members, the show has brought her much fame over the past few years. In fact, it’s probably her best-remembered role to date.

With all that said, how successful is she now? How much has she made over the years? To put it bluntly, how rich is Jeana Keough? According to sources, the RHOOC star currently has an estimated net worth of $750,000. Where did she earn most of this from? How much is she paid for starring in the Bravo series? We’ll be tackling some of these questions below.

How did Jeana Keough Make Her Money & Wealth?

Born on September 18, 1955, in Milwaukee, Wisconsin, Jeana Keough worked as a model in her early twenties. From there, she eventually got involved with acting in the mid-80’s. Unfortunately, we do not have much information on her early life at this time.

At the age of twenty-four, she made her acting debut in the film, The Death of Ocean View Park (1979). Later that same year, she appeared played a minor role in the horror movie, The Capture of Bigfoot (1979). Some of her other early credits include Lovely But Deadly (1981), History of the World, Part 1 (1981), and Looker (1981), most of which saw her portraying supporting characters.

Around that same time, she also started to model for Playboy magazine. In fact, she was the “Playmate of the Month” in November 1980. Eventually, Keough also made an appearance in Vol 4. of the Playboy Video Magazine.

Aside from her film career, Keough had also appeared in a handful of television series. For instance, she made a guest appearance in the police procedural, T.J. Hooker in 1983. From there, she also took part in the shows, The A-Team (1984), St. Elsewhere (1984), and Cheers (1985).

From 1985 onwards, Keough left the acting scene. Ultimately, it wasn’t until 2006, that she returned to television on the reality series, The Real Housewives of Orange County.

Announced as one of the main cast members, she made her debut in the first episode of RHOOC, which aired on March 21, 2006. Some of her co-stars included Kimberly Bryant, Jo De La Rosa, Lauri Peterson, and Vicki Gunvalson.

Responsible for propelling her into reality television stardom, Keough starred on the series for five seasons, from 2006 to 2009, after which she returned as a ‘friend’ in season six (and again as a guest in season seven). From there, she eventually came back as a ‘guest’ in season ten, following a three-year break.

How much was Jeana Keough paid for her time on RHOOC? Unfortunately, as much as we’d like to find out, said details have not been disclosed to the public. With that said, it might not be out of the question for her to have received upwards of six figures per season (To put things into perspective, her co-star Vicki Gunvalson is said to have received $750,000 for the latest season).

Since her rise to fame on the Bravo series, she has also appeared in other shows such as The Wendy Williams Show, and Watch What Happens Live. At one point, she even served as a celebrity question presenter in an episode of Who Wants To be a Millionaire.

On top of her television career, she also has an established career in real estate. An accomplished agent, she currently works in one of the largest gated community in the country, Coto de Caza.

While she isn’t married, the reality star is currently in a relationship. With that said, she has not revealed the identity of her boyfriend to the public.

In the past, she was married to Matt Keough, a former Major League Baseball pitcher since 1984. The two eventually chose to legally separate (though their divorce has not yet been finalized).

Does Jeana Keough Have Any Children?

Jeana Keough has three children with her ex-husband, Matt- Colton, Kara, and Shane. The last that we heard, their oldest son Shane was signed as a minor league outfielder.

Did Jeana Keough Go to College?

As far as we know, the former RHOOC star did not attend college.

What is Jeanna Keough Famous For?

Jeana Keough originally rose to fame in the early 80’s as a model and actress. With that said, it wasn’t until the mid-2000’s, after she was cast in The Real Housewives of Orange County that she garnered nationwide attention. One of the original cast members, she starred on the show for five seasons, before coming back as a friend in season six. Most recently, she was also a guest in season twelve.

Unfortunately, we do not have any pictures of their house to share at this time.

What Kind of Car Does Jeana Keough Drive?

We do not have any information on Jeana Keough’s car.

How Much Money Did Jeana Keough Earn Last Year?

Information on Jeana Keough’s 2016 earnings is unavailable at this time.

As mentioned earlier, Jeana Keough recently appeared as a guest in season twelve of The Real Housewives of Orange County (as she also did in seasons ten and eleven). Aside from that, it doesn’t look like she has made any other recent appearances on television.

Considering that, the only other thing that can be keeping her busy is her real estate career.

Perhaps you would like to stay connected with the former Real Housewives of Orange County star, why not follow Jeana Keough on social media? You can find the former model over on Twitter at @jeana_keough or on Instagram at @jeanakeough. Alternatively, you can also visit her official Facebook page, where she has already accumulated over 12,000 fans!