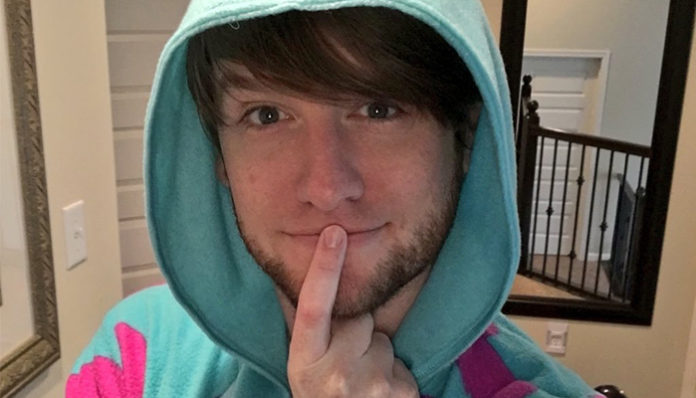 A Youtube celebrity, Chad Alan rose to fame on the video-sharing platform for his various unboxing, and review videos. An avid toy collector, he collects a wide variety of playthings including Dolls, Play Dough, Tsum Tsums, and My Little Pony, and more. To date, his most popular video, How to make an Elsa Doll Bed tutorial has been viewed over 7 million times.

To date, Alan has amassed close to 700,000 subscribers on Youtube, with more than 232 million combined views. If anything, his popularity has only continued to soar over the past few months. Today, it’s not uncommon for his videos to fetch a few thousand, if not tens of thousands of views.

But wait, there’s more- aside from what we mentioned above, he also has a gaming channel on which he currently has over 1.3 million subscribers. Combining the two accounts together would mean that he has more than 2 million fans on the site!

With all that said, how much does he earn from his videos? How rich is he? According to sources, Chad Alan currently has an estimated net worth of $500,000. How much of this came from his unboxing channel? His gaming channel? Let’s take a closer look below.

How did Chad Alan Make His Money & Wealth?

Born on August 18, 1984, in New Mexico, Chad Alan has been fond of toys and figurines ever since his childhood. Unfortunately not much else is known about his early life at this point in time.

Ultimately, it was in the early 2010’s that he decided to venture into social media. While he created his first Youtube channel in 2012 however, it wasn’t until 2013 that he began to post videos on a regular basis. Sharing his hobby of collecting toys, figurines, and dolls with the world, he quickly gained himself a considerable fan base on the site.

Today, the toy collector has amassed 696,000 subscribers on said channel, with over 232 million views spread out across his videos. How do these numbers convert in terms of ad revenue? According to sources, he makes up to $200 per day from his Chad Alan channel.

As impressive as that may be, however, he has an even more successful Youtube channel called, Gamer Chad Plays, on which he uploads gameplay videos on a regular basis. To date, said account has over 1.3 million subscribers with close to 800 million lifetime views. Some of the titles that he’s played include Minecraft, Sims 4, and Roblox. So far, his most popular video, Baby Gets a Flu Shot in the Butt! has racked up more than 8.4 million hits.

According to sources, Alan is capable of making around $2,400 per day from his gaming channel. Doing the math, this works out to be a yearly amount of $876,000!

For those of you who may be interested, the toy collector/gamer even has his own merchandise store! Accessible via HelloJuniper, he currently has an array of products available including t-shirts, hoodies, baby onesies, plush toys, and mugs.

The last that we’d checked, he was in a relationship with Lastic, a fellow toy collector on Youtube. Over the years, the two have made several videos together.

Does Chad Alan Have Any Children?

As far as we know, Chad Alan does not have any children.

Did Chad Alan Go to College?

From what we can gather, Chad Alan has not gone to college. With that said, not much as been revealed about his education history.

Chad Alan currently resides in New Mexico. Further details on his location are unavailable at this time.

What Kind of Car Does Chad Alan Drive?

We do not have any information on Chad Alan’ car.

How Much Money Did Chad Alan Earn Last Year?

We do not have any information on Chad Alan’s 2017 salary at this time.

As always, Chad Alan has been incredibly active on his two Youtube accounts over the past year. Looking at some statistics, his unboxing channel had gained over 100,000 subscribers in 2017 while his gaming channel had gained more than 200,000 followers. Don’t want to miss out on his latest videos? Be sure to subscribe to his channels.

If you’d like to stay connected with the Youtuber on other social media platforms, you can find him on Twitter at @ChadAlan01 and on Instagram at @ChadAlan01. Of course, there’s also his official Facebook page, which you can visit by clicking here.