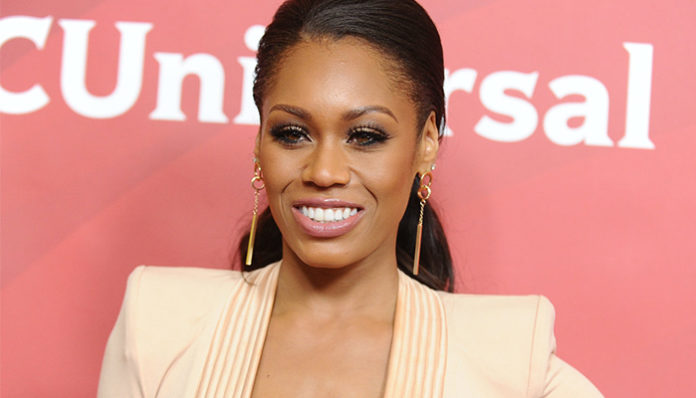 A reality star, Monique Samuels rose to fame on Bravo’s popular series, The Real Housewives of Potomac. The only housewife to have joined the show during the second season, she starred alongside Gizelle Bryant, Karen Huger, Charrisse Jackson-Jordan, Ashley Darby, and Robyn Dixon. Responsible for propelling her to television stardom, RHOP remains to be her only TV credit to date. At this point, it’s unclear whether or not the show will be renewed for a third season.

Between her career on reality television, she also manages her husband’s real estate investment company as well as a blog called, Not for Lazy Moms, in which she discusses various natural and holistic remedies. But wait, that’s not all- according to her official bio, she’s currently also working on pursuing a business degree from the University of Alabama. Talk about busy!

Now for the question that’s in all of our minds, how wealthy is the RHOP star? For one thing, how much was she paid for starring on the show? According to sources, Monique Samuels currently has an estimated net worth of $4 million. Where did most of this money come from? Hopefully, we’ll be able to find out below.

How did Monique Samuels Make His Money & Wealth?

Born on October 6, 1983, in the city of Pleasantville, Monique Samuels was often considered a tomboy growing up. For instance, according to her bio on the Bravo website, she wasn’t allowed to drive a car until she was able to check under the hood and change a tire. The valedictorian of her high school, she went on to study at Duquesne University in Pittsburgh on a full scholarship following her graduation.

As it happened, she was eventually recruited for the second season of Bravo’s popular reality series, The Real Housewives of Potomac in early 2016. The only housewife to have joined the show that year, she co-starred alongside Ashley Darby, Karen Huger, Robyn Dixon, and Gizelle Bryant.

Responsible for her rise to prominence, the second season premiered on April 2, 2017. Considerably popular, the first episode managed to draw in over 1.5 million viewers in the U.S. In total, Samuels had appeared for fourteen episodes, up until the end of the season on July 16, 2017. As far as we can tell, The Real Housewives of Potomac remains to be her only television credit to this day.

How much was she paid for starring in the popular Bravo series? Unfortunately, the salaries for the RHOP cast have not been revealed to the public. For now, our best guess is that she received upwards of $50,000 for the season.

What else does she busy herself with, aside from her career on reality TV? As mentioned earlier, she also works as a manager for her husband’s real estate investment company.

Yes, she has been married to Chris Samuels, a former NFL star since 2012. Currently, he owns and operates a real estate investment company.

Does Monique Samuels Have Any Children?

Monique Samuels has two children with her husband, a one-year-old daughter named Milani and a four-year-old son named Christopher.

Did Monique Samuels Go to College?

After completing high school, she went to Duquesne University on a full academic scholarship. Prior to graduating, however, she decided to pursue a career in music.

Now, many years later, the mother of two is completing a business program at the University of Alabama, according to her official Bravo biography.

What Kind of Car Does Monique Samuels Drive?

We do not have any information on Monique Samuels’ car.

How Much Money Did Monique Samuels Earn Last Year?

We do not have any information on Monique Samuels’ 2017 salary at this time.

Up until July 2017, Samuels was featured in the second season of The Real Housewives of Potomac. Since it wrapped up last summer, however, she has not returned for any television appearances. As far as we can tell, she is currently busy working on obtaining her business degree from the University of Alabama- that, and managing her husband’s real estate business.