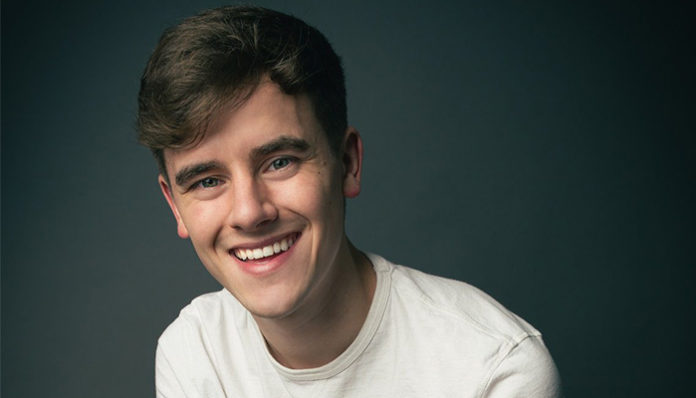 A social media star, Connor Fanta is perhaps best known for his self-named Youtube channel. Inspired by popular vloggers such as Mitchell Davis and Shane Dawson, he had launched his account in the summer of 2010. From there, his popularity peaked after joined the collaboration channel, Our 2nd Life, alongside five others.

Incredibly popular, with his own dedicated fan base, Franta currently has over 5.6 million subscribers and counting on his primary channel. In fact, he has won several awards over the past few years including a People’s Choice Award for “Favourite Youtube Star” in 2016 and a Teen Choice Award nomination for “Entertainer of the Year” in 2015.

As expected from such a popular star, he’s also involved with other projects. For instance, he released his memoir, A Work in Progress, which he spent over a year writing, in 2015. Well received, it was later accompanied by a book tour, which saw him traveling to dozens of different cities across the globe.

How wealthy is the twenty-something? According to sources, Connor Franta currently has an estimated net worth of $3 million, as of 2018. How much of this came from his success as a Youtube personality? What other sources of income does he have? Let’s take a look.

How did Connor Franta Make His Money & Wealth?

Born on September 12, 1992, in Wisconsin, Connor Franta grew up in La Crescent, Minnesota, with his three siblings, Nicola, Brandon, and Dustin. After graduating from La Crescent High School in 2011, he attended Saint John’s University, where he studied business.

Ultimately, it was in 2010 that he decided to plunge into the world of Youtube. Inspired by the success of Mitchell Davis and Shane Dawson, Franta eventually made himself a channel, to which he uploaded his first video in August 2010. As he continued to do so over the next few months, his subscriber count steadily grew.

With that said, it wasn’t until 2012, after he joined the collaboration channel, Our2ndLife (alongside Justin Caylen, Sam Pottorff, Ricky Dillon, Trevor Moran, and Kian Lawley), that he rose to prominence. After two years, however, he announced his departure from the group, citing personal issues. By then, he already had an established fan base, consisting of millions of people across the globe.

Today, he has over 5.6 million subscribers on his main channel, with more than 412 million combined views. Some of his most popular videos include British vs America: How We Do It, Coming Out, Signs a Guy Doesn’t Like You, and So I Googled Myself, all of which have received millions of views each.

With the audience that he has on Youtube, it’s obvious that a significant portion of his earnings come directly from his videos. With that said, Franta has also been involved with other projects- for instance, he has not only written and released a memoir but has also come out with his own line of coffee, called Common Culture Coffee. In 2015, he even started his own record label, Heard Well, in partnership with his manager, Andrew Graham.

In late 2014, he came out as gay in a Youtube video, which has since been viewed over 11 million times.

As far as we can tell, he is currently single.

Does Connor Franta Have Any Children?

He does not have any children

Did Connor Franta Go to College?

Yes, he did. Fanta went to Saint John’s University in Collegeville, Minnesota, where he studied business. He later added an art minor during his second year.

What Kind of Car Does Connor Franta Drive?

We do not have any information on Connor Franta’s car.

How Much Money Did Connor Franta Earn Last Year?

At this time, we do not have any information on Connor Franta’s 2017 earnings.

Two years after his first book, he released his second title, Note to Self, on April 18, 2017, which featured various poems, essays, and stories centering around the themes of self-love, social anxiety, depression, and breakups.

As far as other things go, he has also been busy updating his Youtube channel on a regular basis.

Perhaps you’d like to follow the Youtube star on other social media platforms? You’ll be happy to know that you can find him on Twitter at @ConnorFranta, and on Instagram at @ConnorFranta. Aside from those two sites, you can also visit his official Facebook page, which you can visit by clicking here.