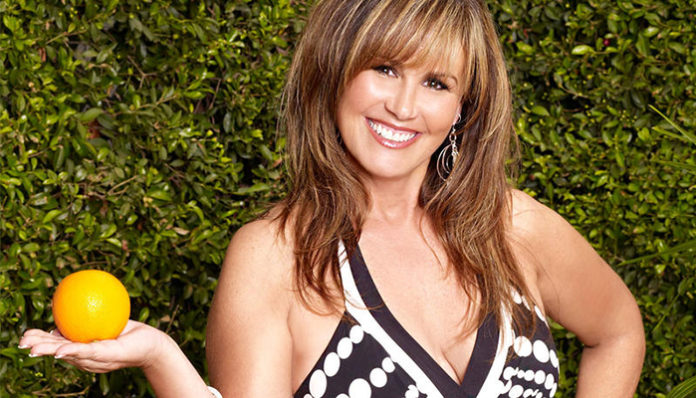 A reality television star, Quinn Fry rose to fame in Bravo’s popular franchise, The Real Housewives of Orange County. Joining the cast in 2008, she made her debut in the third season; some of her co-stars included Tamra Judge, Tammer Knickerbocker, Jeana Keough, Lauri Peterson, and Vicki Gunvalson. Though she later departed from the show, she came back as a guest for seasons five and six. As far as we know, she has not made any on-screen appearances since 2011.

In addition to her television career, the California native is involved with many other projects, one of which includes her career as an internet marketing manager for Cox Communications (and another Orange County-based entertainment site in the past). Not only that, but she has also worked as an interior designer for many years in the past.

How wealthy is the former RHOC star? How much money has she made over the years? According to sources, Quinn Fry currently has an estimated net worth of $2 million. What are her biggest moneymakers today? Where did she earn most of her wealth from? We will be trying to answer some of these questions below.

How did Quinn Fry Make Her Money & Wealth?

Born on October 29, 1959, in Fort Knox, Kentucky, Quinn Fry’s childhood was split between Southern and Northern California. Unfortunately, not much else has been revealed about her early life. Should more information be available in the future, we will update this section.

As it happened, she was cast in the third season of Bravo’s reality series, The Real Housewives of Orange County in 2008. One of the main housewives, she shared her on-screen time with fellow stars Lauri Peterson, Jeana Keough, Vicki Gunvalson, Tammy Knickerbocker, and a few others. Ultimately, it was RHOC that propelled her to stardom in the late 2000’s.

The original Housewives series from Bravo, it centered around the lives of several women in the Orange County area. Well received by viewers, its success would eventually spawn a number of spin-offs and sister series. As of 2018, RHOC has continued for twelve seasons, the last of which just recently wrapped up in November 2017.

With that said, Fry only starred on the show for one season. Following her time on RHOC in 2008, she left to pursue other projects, prior to returning as a guest in seasons five and six. As far as we know, she will not be returning to the show in the future.

How much did she make from her appearances on The Real Housewives of Orange County? Unfortunately, her salary from the show has not been disclosed to the public (especially since she was only featured for one season). To put things into perspective, however, it’s not uncommon for some of the more prominent cast members in the series to receive six figures.

Aside from her television career, there’s also her day job as a marketing manager for Cox Communications. As far as we can tell, she still maintains that position to this day.

No, she has been divorced for over 10 years

Does Quinn Fry Have Any Children?

She has two children with her ex-husband, Colin, and Shannon.

Did Quinn Fry Go to College?

No, as far as we know, she has not attended college.

She currently lives with her son Colin, in a four-bedroom home in San Clemente. We do not have any pictures of the property at this time.

What Kind of Car Does Quinn Fry Drive?

We do not have any information on Quinn Fry’s car.

How Much Money Did Quinn Fry Earn Last Year?

At this time, we do not have any information on Quinn Fry’s 2017 earnings.

What is Quinn Fry Famous For?

As far as we can tell, Quinn Fry has not made any appearances on television in the past couple of years. Considering that, she has probably been kept busy with her job as managing editor and marketing manager of an Orange County-based entertainment website.

Perhaps you’d like to follow the former RHOC star on social media? If so, you’ll be happy to know that Quinn Fry is active on a few platforms including Twitter at @QuinnFry and Instagram at @QuinnFry. On top of that, she also has an official Facebook page, which you can visit by clicking here.