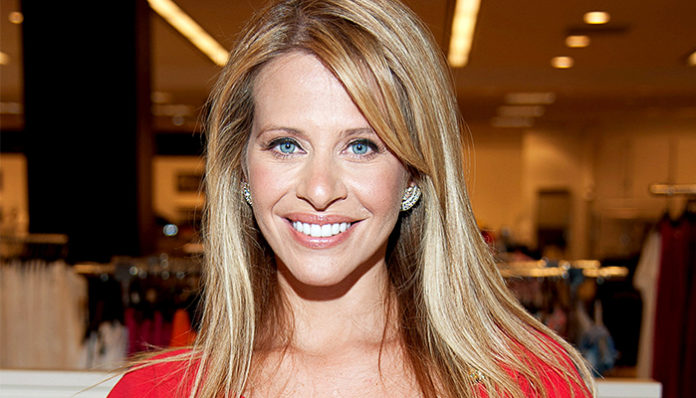 Originally from New York, Dina Manzo rose to fame in Bravo’s reality series, Real Housewives of New Jersey. One of the original cast members, she made her debut in the series premiere in 2009. A ‘housewife’ for two years, she remained on the show for two years before taking a prolonged break in 2011 (e.g. the end of season two); the blonde has since made a brief return in season six. As of 2017, RHONJ remains to be one of the greatest highlights of her television career.

Since her rise to fame on reality TV, she has been invited onto numerous talk shows, including The Wendy Williams Show, Oprah: Where Are They Now?, Fox and Friends, and Steve Harvey. In addition to that, the blonde has also taken part in a few competition series such as Iron Chef America: The Series, and Who Wants to be a Millionaire. An event planner and designer, she even had her own show on HGTV, Dina’s Party, which saw her creating lavish events in her clients’ homes. After a two-season run, it concluded in 2012.

As an entrepreneur, she even has her own design business called, Designer Affair which she launched back in 2005. Needless to say, Manzo is an accomplished woman. With that said, how wealthy is she? How much was she paid for her time on The Real Housewives of New Jersey? According to sources, the 45-year-old reality star currently has an estimated net worth of $4.5 million. Where did she bank this fortune from? We’ll be trying to answer these questions below.

How did Dina Manzo Make Her Money & Wealth?

Born on March 7, 1972, in New York City, New York, Dina Manzo grew up in a large family with ten older siblings. Having spent the first few years of her childhood in Brooklyn, the family eventually moved to New Jersey when she was six years old. Ultimately, it was there that she attended high school. Unfortunately, that’s about the extent of what we know regarding her early life.

Sometime after that, she decided to pursue a career as an event planner and designer. In 2005, the blonde launched her own ‘boutique event planning company’ called Designer Affair, which is based in Franklin Lakes, New Jersey. Looking at its website, the testimonials page is filled with nothing but praise, a testament to the business’ overall success.

A few years into her design business, Manzo found herself cast in Bravo’s new reality series, The Real Housewives of New Jersey. The fourth installment of the franchise, its premise is copy and pasted from its predecessors in that the show revolves around the personal and professional lives of a group of women living in New Jersey.

Premiered on May 12, 2009, the show saw five original housewives, Manzo being one of them. Introduced in the first episode, her co-stars included Danielle Staub, Jacqueline Laurita, Caroline Manzo, and Teresa Giudice. For the next two seasons, the blonde’s life was followed in the series, from personal matters to work-related scenarios; of course, her relationship with the other ‘housewives’ was also a main focus of the show.

Two years later, it was announced that the event planner would be departing the show. With that said, she eventually made a brief return during season four, as a guest character. Following that, she did not appear in the subsequent season.

Later, to the pleasant surprise of fans, Manzo returned as a main cast member in the sixth season, alongside new additions Teresa Aprea, Nicole Napolitano, and Amber Marchese.

Now for the big question- how much was the reality star paid for being on the Bravo series? According to various sources, most of the RHONJ cast members were paid around the $50,000 mark per season. Seeing as how Manzo starred on the show for three seasons, it wouldn’t be too surprising if she had managed to bank six figures from the franchise altogether.

Since her time on RHONJ, the blonde has also appeared in the shows, Mad Fashion, Fox and Friends, Iron Chef America, Today, and Who Wants to be a Millionaire, to name a few. Perhaps the most noteworthy mention, however, is her reality series, Dina’s Party. That’s right, she had her own show on television at one point back in 2012. Aired on HGTV, it followed Manzo and her design team, as they set up various lavish events for clients.

As of 2017, Dina Manzo is in a relationship with David Canton, an entrepreneur.

Previously, she was married to Tommy Manzo from 2007 to 2016. After separating in 2012, their divorce was finalized last year.

Does Dina Manzo Have Any Children?

Dina Manzo has a daughter from a previous relationship, Lexi Loannou who was born in 1996.

Did Dina Manzo Go to College?

As far as we know, the reality star has not gone to college.

What is Dina Manzo Famous For?

Dina Manzo is best recognized as a ‘housewife’ on the first two seasons on The Real Housewives of New Jersey. Later on, she also rejoined the series for the sixth season.

Dina Manzo currently splits her time between Los Angeles and New York. At this time, that’s about all that’s known regarding her location.

We do not have any images of her home to share with readers at this time.

What Kind of Vehicle Does Dina Manzo Drive?

How Much Money Did Dina Manzo Earn Last Year?

On Bravo, the blonde’s latest appearance was back in the sixth season, which aired in 2014. What has she been busy with since then? Fortunately for us, her IMDb page provides a little insight into her recent ventures. While she hasn’t appeared on television in 2017, she did make a few appearances last year in the shows Manzo’d with Children, Home & Family, and FabLife.

Seeing as how she’s been out of the media lately, it’s likely that she’s been busy with her career as a designer and event planner. On top of that, it’s also worth noting that she operates Project LadyBug, a non-profit that helps to raise funds for children suffering from illnesses such as cancer.

Looking for a way to stay in touch with the former Bravo star? You’ll be happy to know that she’s active on social media; you can find her on Twitter at @dinamanzo or on Instagram at @dinamanzo. Also, don’t forget to check out her official Facebook page while you’re at it!