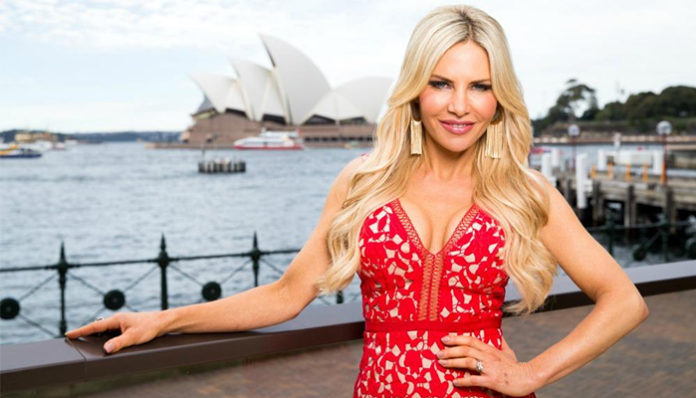 An Australian actress, Melissa Tkautz has been involved with acting for over two decades. A former child star, she had appeared in over 160 television commercials by the time she was seventeen. Having accumulated many hours of experience in front of the camera, she eventually acted for the first time in the drama, E Street In 1989. From there, she went on to appear in other series such as Home and Away (1990), Police Rescue (1991), The Girl From Tomorrow (1992), and Paradise Beach (1993), to name a few. Around that same time, she also embarked on a solo music career under the name, Melissa.

Signing to Mercury Records, she released her debut album, Fresh in 1992. Her best-selling record to date, it peaked at number 15 in her native Australia. Well received, the album eventually spawned a handful of charting singles, including Read My Lips, Skin to Skin, My House, and Sexy (Is the Word). As successful as it was, however, it wasn’t until the mid-2000’s that she returned with her second album, Lost & Found. By then, she had already added All Saints (2001), to her growing list of acting credits.

Since then, the blonde has appeared in a few other series including Swift and Shift Couriers, and Housos. Over the past few years, she has also been invited onto many reality shows such as Friday Night Games, Australia’s Brainiest Kid, and The Singing Bee. With that said, the greatest highlight of her recent career is probably that of her appearance in Bravo’s The Real Housewives of Sydney. Premiered in 2017, it introduced Tkautz as one of the main housewives alongside Krissy Marsh, Lisa Oldfield, Nicole O’Neil, among a few others.

How wealthy is the reality star today? According to sources, Melissa Tkautz currently has an estimated net worth of $1 million as of 2017. Interested in knowing where her wealth came from? We’ll be discussing this topic below.

How did Melissa Tkautz Make Her Money & Wealth?

Born on January 24, 1974, in New South Wales, Australia, Melissa Tkautz was raised in a strict household (she would later say that “[she] wasn’t allowed to do anything”) in the state capital of Sydney. Growing up, she was encouraged to study singing, dance and drama. Over time, the blonde eventually began to model and appear in TV commercials; by the time she was seven, she had made over 160 appearances on both print and television. Some of the brands that she represented included Cadbury and Qantas.

Eventually shifting to acting, she appeared in the soap operas Home & Away and Richmond Hill in the late 80’s. From there, she played the role of Nikki Spencer on the popular Australian series, E Street in 1990, at the age of sixteen. Around that same time, she also graduated from the Australian Academy of Dramatic Art.

Tackling another project, she launched a solo music career in 1992. Performing under the name, Melissa, she released her debut album, Fresh in 1992. A solid record, it peaked as high as number 15 in her native Australia. Not only that, but it had spawned the hit singles, Sexy (Is the World), Read My Lips, My House, and Skin to Skin.

As successful as it was, however, it wasn’t until the mid-2000’s that she came out with her second album, Lost & Found. Though not as big of a hit as its predecessor, the record did spawn the singles, All I Want, and The Glamorous Life, both of which charted in the U.S.

Since then, the blonde has released a third album titled, The Hits & More in 2012. Needless to say, she would have earned a decent amount of money from her music career over the years.

In 2001, Tkautz was cast as a recurring character in the medical drama, All Saints. An award-winning series, it had already run for four years, prior to her joining the cast. Incredibly popular in Australia, it saw the actress as Andrea Stuart, a role that she portrayed on and off for three years.

From there, she portrayed the part of Melissa in the comedy, Swift and Shift Couriers in 2008. One of the main cast members, she starred alongside Paul Fenech, Amanda Keller, and Ian Turpie. Ultimately, the show ran for two years, from October 2008 to October 2011.

Then in 2011, she appeared as Cheeree on the SBS comedy series, Housos. Created by Paul Fenech, the satirical parody revolved around the lives of several low-income residents in the fictional suburb of Sunnyvale.

With all the acting credits that she’s accumulated over the years, it’s probably fair to say that television has yielded her a decent amount of income.

In the past, she has appeared on a few reality series including Australia’s Brainiest Kid, Friday Night Games, and The Singing Bee.

Most recently, however, she was cast in the latest installment of The Housewives franchise, The Real Housewives of Sydney. Premiered on February 26, 2017, it centered around the personal and professional lives of several women including Krissy Marsh, Matty Samaei, Victoria Reese, and of course, Tkautz herself.

After a 12-episode run, RHOS wrapped up in May 2017. So far, there have been no official announcements of there being a second season.

How much did Tkautz receive from starring on the show? Unfortunately, such details have never been revealed to the public. With that said, it’s probably fair to assume that her salary was in the tens of thousands of dollars.

Since 2009, Melissa Tkautz has been married to her husband, Kwesi Nicholas, a wealthy businessman. Outside of her professional career, she uses her married name, Melissa Nicholas.

Previously, she had dated Simon Baker, her co-star from E Street in the mid-2000’s. It was later sealed that he had “betrayed her” after a few months.

Does Melisa Tkautz Have Any Children?

The mother-of-two has two children, Cuba and Ayla, both of whom she absolutely dotes on.

Did Melissa Tkautz Go to College?

As far as we know, Melissa Tkautz has not pursued an education at the colegiate level.

What is Melissa Tkautz Famous For?

As an actress, she has appeared in several TV series over the years including Housos, Paradise Beach, All Saints, Pacific Drive, and Swift and Shift Couriers.

Most recently, she came into the spotlight again after appearing on The Real Housewives of Sydney.

We do not have any photos of their home to share at this time.

What Kind of Car Does Melissa Tkautz Drive?

Information on the reality star’s vehicle is unavailable at this time.

How Much Money Did Melissa Tkautz Earn Last Year?

As mentioned earlier, she recently starred in the first season of The Real Housewives of Sydney, which premiered in February 2017. So far, it’s unclear whether or not the show will be renewed for a second season.

Other than that, what has she been up to this year? According to IMDb, she recently worked on a film called, Boar, which is currently in the post-production stages. Aside from that, she had also appeared in an episode of Have You Been Paying Attention?