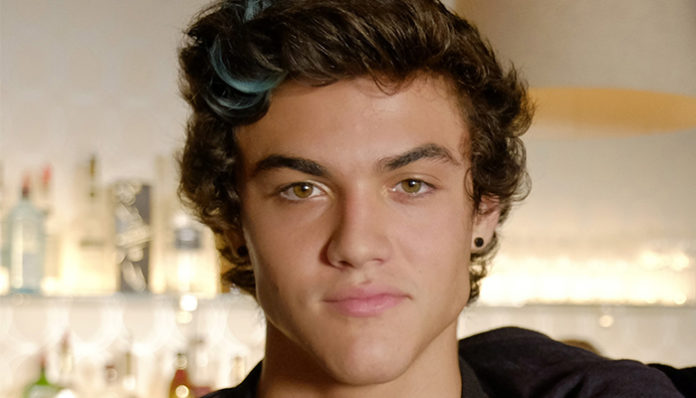 One-half of The Dolan Twins, Ethan Dolan rose to fame on the video-sharing platform Vine in 2013. Since their beginnings, the teen has gained a significant following across social media, with over 4.4 million subscribers on Youtube and more than 5 million fans on Twitter. Last year, the pair received a Teen Choice Award for Choice Comedian. For more facts on the Internet star, be sure to keep on reading below.

One-half of the comedy duo, The Dolan Twins, Ethan Dolan originally gained prominence on the video app, Vine in 2013. By the time the platform shut down in early 2017, they had over 6.4 million followers, making them one of the most popular users of the app.

Ethan Dolan was born and raised in New Jersey with his twin brother, Grayson.

At this time, Ethan Dolan’s body measurements are unavailable

Is Ethan Dolan Currently in a Relationship?

As far as we can tell, Ethan Dolan is currently single.

In the past, it’s said that he had dated Meredith Mickelson, a fellow social media celebrity in 2015. With that said, their relationship didn’t seem to have lasted very long.

Ethan Dolan has a sister named Cameron Dolan, who is also active on social media.

Yes, he has a twin brother named Grayson Dolan.

As far as we know, Ethan Dolan does not have any children.

Ethan and his brother recently graduated high school via online schooling in July 2017.  Prior to that, they had attended West Morris Central High School.

From what we understand, Ethan Dolan has not attended college. At this time, it’s unclear whether or not he plans on pursuing higher education in the near future.

He enjoys skateboarding and playing the drums

He and his brother are both obsessed with pancakes; aside from that, he’s also a big fan of pizza

Born on December 16, he is a Sagitarrius