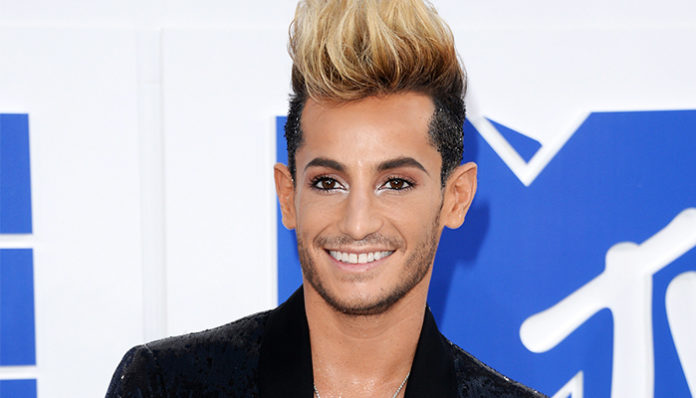 A dancer and actor, Frankie Grande has appeared in several TV programs over the past few years, including Celebrity Big Brother, Good Morning America, and Style Code Live, to name a few. The older half-brother of award-winning singer, Ariana Grande, he has also released a couple of singles titled, Queen, and In the End, both of which went on to garner positive reviews.

As far as acting goes, he’s also been involved with the titles, Hey Qween, Indoor Boys, Haters Back Off, and The Revengers. Most recently, he played the part of Frankini in the action comedy, Henry Danger. Involved with theatre, he has also starred in a few Broadway productions including, Mamma Mia!, and Rock of Ages.

With all that he’s taken part in, it’s not surprising to know that he has millions of fans across the globe. Having said that, how wealthy is the star? How much has he earned from his various projects over the years? According to sources, Frankie Grande currently has an estimated net worth of $1.5 million. What are his greatest money makers? Where did the majority of his wealth come from? We’ll be trying to answer these questions below.

How did Frankie Grande Make His Money & Wealth?

Born on January 24, 1983, in New York City, Frankie Grande is the older-half brother of Ariana Grande, with whom he shares the same mother with. Growing up in Englewood, New Jersey, he began performing in musicals at the age of ten. After graduating from high school, he attended Muhlenberg College, where he studied theatre, dance, and biology.

Ultimately, it was in 2007 that he launched his professional performing career. That year, he played the part of Boots the Monkey in Dora the Explorer Lie! (Dora’s Pirate Adventure), which saw him traveling to numerous cities across the country. From there, he also took part in George M!, A Chorus Line, and Pippin, after which he made his Broadway debut in a production of Mamma Mia!.

Since then, Grande has also made himself known on television, with several on-screen appearances over the past few years. For instance, he had made his debut as a house guest in the popular reality series, Big Brother 16 in 2014. Following that, he was featured in Randy Jackson Presents America’s Best Dance Crew, Style Code Live, and Celebrity Big Brother 18. Most recently last year, he also made several guest appearances in the shows, Candy Crush, and Henry Danger.

Aside from reality television, he’s also acted on a handful of occasions. For instance, he had landed his first acting role in the comedy, Hey Qween in 2015. Since then, Grande has also appeared in the series, Indoor Boys, Haters Back Off!, and Henry Danger. At one point, he also made a brief appearance in the TV film, The Revengers.

Needless to say, a significant portion of his earnings likely comes from his work on television. With that said, however, he obviously has other projects going for him such as his music career (he has released two singles so far).

Does Frankie Grande Have Any Children?

No, Frankie Grande does not have any children that we know of at this time.

Did Frankie Grande Go to College?

After finishing his secondary education, he went to Muhlenberg College in Pennsylvania, where he majored in dance, theatre, and biology. At one point, he even considered going to medical school, though he ultimately opted to go into the theater instead.

Frankie Grande currently resides in New York, according to his Twitter account. We do not have any further information on his location at this time.

What Kind of Car Does Frankie Grande Drive?

We do not have any information on DeStorm Power’s car.

How Much Money Did Frankie Grande Earn Last Year?

At this time, we do not have any information on Frankie Grande’s 2017 earnings.

As mentioned earlier, Frankie Grande has appeared in a handful of TV programmings over the past year including Henry Danger, Candy Crush, and Gay for Play Game Show Starring RuPaul. On top of that, he had made a guest appearance in the Netflix series, Haters Back Off.