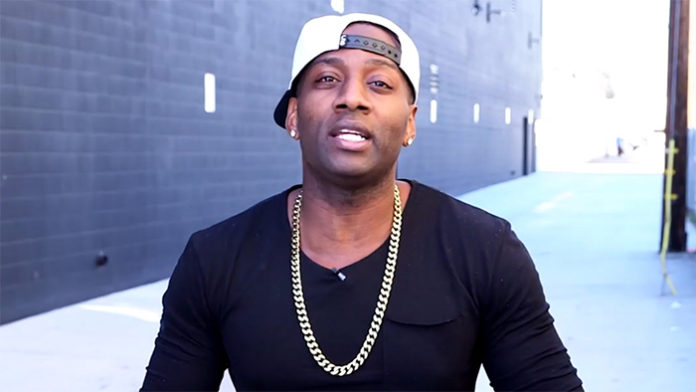 An internet celebrity, DeStorm Power launched his original Youtube channel in 2006. Using the site as a platform for his musical endeavors, he posted a number of cover songs to his account, all of which proved garnered a decent amount of hits. Before long, he was collaborating with other Youtube personalities including Kina Grannis, Freddie Wong, Ray William Johnson, and Mystery Guitar Man, among a few others. To date, some of his most notable videos include Refresh the World, Tag Your Green, Power Hour, Pocket Like It’s Hot, and Finally Free.

Since his rise to fame, DeStorm has dropped two mixtapes, Be Careful, and King Kong, from 2012 and 2013 respectively. For his work, the artist has received a few accolades including an American Music Award and a Youtube Music Award. At the time of this writing, he currently has over 2.2 million subscribers on Youtube.

How much has he made over the years, considering his popularity on social media? According to sources, DeStorm Power currently has an estimated net worth of $2 million. Where did he earn the majority of this from? How much does he make from his Youtube channel? Let’s take a look below, shall we?

How did DeStorm Power Make His Money & Wealth?

Born on January 30, 1982, in Arlington County, Virginia, DeStorm grew up in Baltimore, where he lived with his mother and siblings. Prior to pursuing a career as a performer, he did some ghostwriting and interning work at Universal and Atlantic Records.

In 2006, he created his Youtube channel under the name, DeStorm. Using the site as a platform so are his songwriting, and singing, he quickly gained himself an audience. Before long, he had amassed over one million subscribers.

Known for his frequent collaborations, he has worked with several Youtube stars throughout his career including Kina Grannis, Freddie Wong, Nice Peter, and Ray William Johnson. Some of his most popular videos to date include Power Hour, Tag Your Green, AMA’s Song, Refresh the World, Pocket Like It’s Hot, and Larry King Challenges DeStorm.

How much does the rapper make from his Youtube channel? According to sources, DeStorm earns upwards of $580 a day from ads that appear on his videos. This works out to a little over $200,000 a year.

Aside from his Youtube ventures, he’s also released a couple of mixtapes. His first project titled, Be Careful was released in 2012. Preceded by two singles, it came with over a dozen tracks including See Me Standing, Love All The Way, My Grind, 3 Minute Workout, and Instagram, to name a few.

His second tape, King Kong was released a year later, in February 2013. Featuring guest appearances from Kreesha Turner, Streetlight, Chester See, and Page Kennedy, it came laced with fourteen songs, all of which were popular among fans.

While he hasn’t put on any concerts in the recent years, he has embarked on a few tours in the past.

What other projects is he involved with? For one thing, he’s also the founder of Forefront.TV, a multi-channel network that focuses on music and urban lifestyle.

At this time, it’s unclear whether or not the Youtuber is in a relationship.

Does DeStorm Power Have Any Children?

While not much has been revealed about his love life, it is known that he has a son named Tayvion Power.

Did DeStorm Power Go to College?

Yes, he did attend college at one point. With that said, it has not been revealed which institute he’d studied at.

What is DeStorm Power Famous For?

DeStorm Power rose to fame for his musical endeavors on Youtube in the late 2000’s. From then until now, he has amassed over 2.2 (nearly 2.3) million subscribers on the site.

DeStorm Power currently resides in Los Angeles, California. For now, we do not have any other information on his location.

What Kind of Car Does DeStorm Power Drive?

We do not have any information on DeStorm Power’s car.

How Much Money Did DeStorm Power Earn Last Year?

At this time, we do not have any information on DeStorm Power’s 2017 earnings.

Last year, the rapper released a few singles including King Kong, and Live the Lie. At one point, he also teamed up with Grace Helbig and Hannah Hart on the holiday song, Christmas Booty.