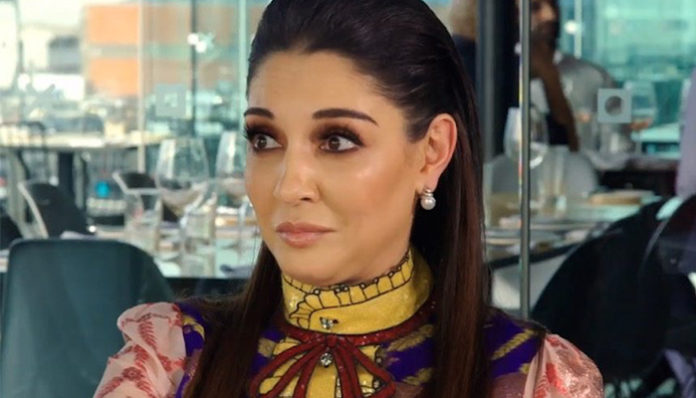 A reality star, Gilda Kirkpatrick rose to fame in the popular Bravo series, The Real Housewives of Auckland. One of the show’s original stars, she shared her on-screen time with Louise Wallace, Angela Stone, Michelle Blanchard, and a few others. As far as we know, RHOA remains to be her only television credit to date. While the production company, Matchbox Pictures has expressed interest in creating a second season, the network itself has not yet many any announcements about a second season.

Outside of her TV career, Kirkpatrick is also known for being the author of a popular children’s book series called Cosmic Guardians. At one point, she also worked as a PR executive at an advertising company called Rascals.

How much was she paid for appearing on The Real Housewives of Auckland? Surely, she received a hefty amount from the network? How wealthy is the reality star? According to sources, Kirk Patrick currently has an estimated net worth of $22 million. Where did most of this wealth come from? Let’s try to answer some of these questions, shall we?

How did Kirk Patrick Make Her Money & Wealth?

Born on July 10, 1973, Gilda Kirkpatrick spent her youth in Iran, before immigrating to Auckland as a young adult, where she resides to this day. Unfortunately, not much information is available about her childhood/early life at this time.

In 2016, Kirkpatrick was cast in Bravo’s newest reality series, The Real Housewives of Auckland, which served as an international installment of The Real Housewives franchise. Premiered that summer, the show revolved around the lives of a group of professional women in the Auckland area, including Louise Wallace, Julia Sloane, Angela Stone, Anne Batley-Burton, Anne Blanchard and of course Kirkpatrick herself.

Relatively popular, the series premiere drew in over 623,000 viewers in New Zealand. With that said, there was a decrease in viewership over the next few weeks; the fact that one of the cast members made a racial slur on air probably did not help as well. Regardless, the network exclaimed that the ratings were an overall success.

As one of the main cast members, several aspects of Kirkpatrick’s life was followed in the series. For instance, both her relationship with her co-stars and the launch of her book series were chronicled in RHOA. During the final episode, she’s also seen inviting everyone to her home for a surprise birthday party for Michelle Blanchard. As far as we know, the chances of there being a second season are currently slim.

Now for the big question- how much did she receive from the network for starring on the show? According to the cast members’ contract, which has since been leaked to the media, each of the ladies, including Kirkpatrick, received $15,000 NZ (e.g. approximately ~$10,000 USD) for the season.

Seeing as how she wasn’t paid that much for RHOA, where else did she earn her money from? Well, for one thing, she has published a series of educational children’s books over the years, all of which fall under the sci-fi comic genre.

Perhaps the most noteworthy of all, however, is her previous marriage to multi-millionaire James Kirkpatrick, who worked as a successful real estate agent. Considering all things, there’s a high chance that a substantial amount of her wealth came from their divorce a few years back.

As far as we know, the RHOA star is not married. Previously, however, she was married to a real estate agent, James Kirkpatrick, as mentioned above.

Does Gilda Kirkpatrick Have Any Children?

Gilda Kirkpatrick has two children with her ex-husband.

Did Gilda Kirkpatrick Go to College?

Yes, she did; she has a bachelor’s degree in architecture- though it’s unclear which college she had attended at this time.

What is Gilda Kirkpatrick Famous For?

Gilda Kirkpatrick is best known for being one of the main cast members of Bravo’s The Real Housewives of Auckland.

She currently resides in Paritai Drive’s “wedding cake” house in Auckland with her two young children.

What Kind of Car Does Gilda Kirkpatrick Drive?

Information on Gilda Kirkpatrick’s vehicle is unavailable at this time.

How Much Money Did Gilda Kirkpatrick Earn Last Year?

Want to see more of the reality star? Why not follow her on social media? You can find Gilda Kirkpatrick on Twitter at @Strange_g or on Instagram at @Gilda_Kirkpatrick. Alternatively, she also has an official Facebook page, which you can visit by clicking here.