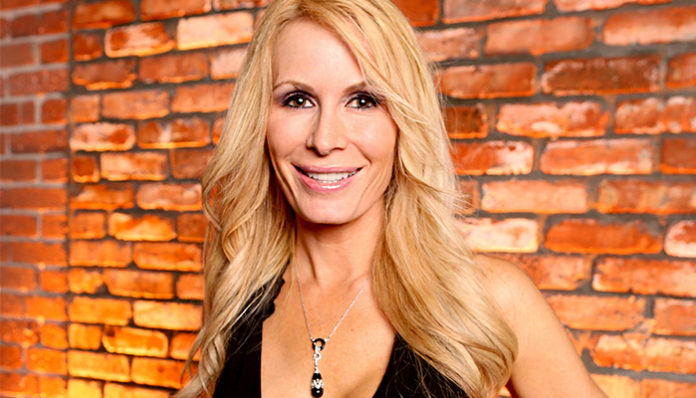 A reality star, Peggy Tanous gained widespread attention after appearing in The Real Housewives of Orange County. Introduced halfway into the show, the blonde starred in the sixth season, prior to returning as a guest in the seventh season. Later in 2016, she also came back to the show for a couple of brief appearances.

Since her rise to fame on the popular reality series, the former model has also been featured in several other television shows. For instance, she’s been invited onto Lopez Tonight, Samira’s Show, The John Kerwin Show, On the Set With Jasper Cole, and Q N’ A with Mikki and Shay.

How well is the reality star doing for herself nowadays? It’s no secret that she was doing incredibly well for herself during her time on RHOC– but what about now? How rich is she now? According to sources, Peggy Tanous’ net worth is approximately $13 million. How much of this came from the Bravo series? What other sources of income does the blonde have? Let’s take a look below.

How did Peggy Tanous Make Her Money & Wealth?

Born on March 30, 1970, Peggy Tanous grew up with her four siblings in Orange County, California. After graduating from Foothill High School, she attended Cal State Fullerton, one of the top universities in the state.

Unlike some of the show’s other housewives, it wasn’t until the sixth season that Tanous made her big debut in The Real Housewives of Orange County. Introduced half-way through the series, he co-stars included Alexis Bellino, Tamra Judge, and Vicki Gunvalson, among a few others.

Described as a “stay-at-home mom with good looks”, several aspects of Tanous’ life are followed in the season, including her plastic surgery journey as well as her struggle with postpartum depression. In addition to that of course, RHOA also revolved around her relationship with the other housewives, in particularly Alexis, whom she has known for quite a while.

Following a sixteen-episode run, the sixth season ended on June 20, 2011; the finale had managed to draw in over 1.5 million viewed in the U.S. Though she ultimately chose not to return for season seven, she did come back for a few guest appearances. Since then, the blonde has also returned for a couple of episodes in season eleven.

How much did the reality star earn from RHOC? Unfortunately, details regarding her contract with Bravo have not been disclosed to the public. With that said, it’s probably fair to say that her earnings were in the tens of thousands of dollars.

Since her debut on RHOC, Tanous has also appeared in several other shows including Samira’s Show, Lopez Tonight, The John Kerwin Show, On the Set With Jasper Cole, and Q N’A with Mikki and Shay. More recently, she was also featured in the documentary, When the Bough Breaks: A Documentary About Postpartum Depression.

As far as other sources of income go, there’s no doubt that a portion of her wealth also comes from her husband’s success.

Peggy Tanous has been married to her husband, Micah Tanous for several years.

Does Peggy Tanous Have Any Children?

The reality star has two children- daughters Capri and London with her husband. Ever since the birth of her first child, however, she has been suffering from postpartum depression.

Did Peggy Tanous Go to College?

As far as we know, Peggy Tanous has not gone to college.

What is Peggy Tanous Famous For?

Peggy Tanous rose to fame in the sixth season of The Real Housewives of Orange County in 2011.

What Kind of Car Does Peggy Tanous Drive?

Information on Peggy Tanous’ vehicle is unavailable at this time.

How Much Money Did Peggy Tanous Earn Last Year?

Last year, the former RHOC star was featured in the documentary, When the Bough Breaks: A Documentary About Postpartum Depression. Prior to that, she also appeared in a couple of episodes in the eleventh season of the Bravo series.

Other than that, she hasn’t made many appearances on television.

Want to follow the reality TV star on social media? You can find Peggy Tanous on a few platforms including Twitter at @PeggyTanous and Instagram at @OcPeggyTanous. On Facebook, you also have an official fan page which you can visit here.