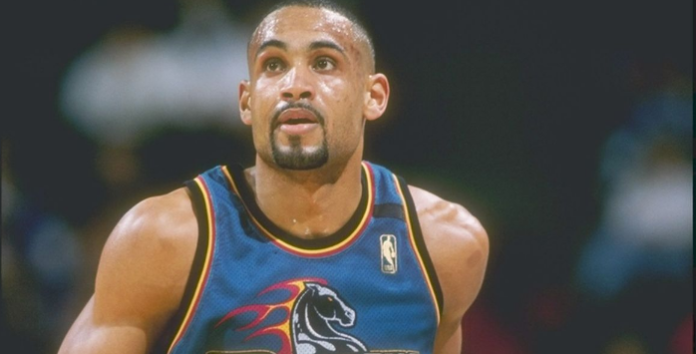 Grant Hill is a retired basketball player, who got rich through his sports career. Hill has played in four NBA teams, won numerous awards and championships, and made millions in the time he was doing it. Today we’re taking a look at Grant Hill’s net worth, personal life, and career. Let’s get started.

How Did Grant Hill Make His Money & Wealth

Hill was born in 1972 in Dallas Texas, to Calvin and Janet Hill. When it was time for him to choose a college, he chose the Duke Unversity, which would become one of his greatest accomplishments. Out of his 4 years of playing college basketball, he led his team to victory twice. He’s considered one of the best players in Duke’s history, frequently leading his team in both points and assists. During this time, Hill started winning several awards and became the first player in Atlantic Coast Conference’s history to score more than 1900 points, 700 rebounds, 200 steals, 400 assists and 100 blocked shots. His Duke jersey number (33) was retired after he left.

Right out of college, he was drafted by the Pistons and had a very successful first season playing for them. During his six-year in Detroit, he scored 9,393 points, 3,417 rebounds, and 2,720 assists. This makes him the fourth player of all time by his point, rebounds, and assists count after the first six seasons. He is only topped by Oscar Robertson, LeBron James, and Bird.

In 2000, Hill started playing for the Orlando Magic. Sadly, due to his injuries, he played a total of 47 games in his first four seasons there. In 2004, he finally returned and got back on the track, becoming one of the most important Magic players of that time. Next year, however, was once again marked by his injuries and he started thinking about retiring. He decided to play one more year in Orlando, before becoming a free agent in 2007.

Shortly after, he was signed by the Phoenix Suns, where he had a mostly successful stay for 5 years. He won multiple awards during that time, and by the end, the Suns were paying him $8.5 million per season! Talk about a salary.

Hill wrapped up his career by playing for the Los Angeles Clippers in the 2012-13 season. Unfortunately, this was another season in which he got majorly injured, prompting him to retire in 2013. After 19 years in the National Basketball Association, the great Grant Hill retired and became an analyst for the NBA TV.

While Hill was making millions by playing for the top NBA teams, this wouldn’t stop him from seeking more opportunities to increase his true net worth. His earliest sponsorship deal was with Sprite, in which he advertised that he drinks Sprite, which gives him sports abilities and skills. Later he also promoted sports brands Fila, Nike and Adidas. His most recent paid sponsorship was in 2014 when he and his wife appeared in AT&T’s commercial.

He also starred in several TV roles, such as Living Single and Home Improvement. Grant Hill also presented the ’95 MTV Video Music Awards and appeared in the music video for Nickelback’s Rockstar.

All of his business endeavors and sports career made Grant Hill a very rich man. His estimated 2018 net worth is $180 million!

How much money did he make per year?

According to sportrac.com, Hill made a total of $141 million in salaries during his 19-year long career. This would put his average yearly earnings to around $7.5 million. To put this in a perspective, the average American makes $44,000 each year.

In 2007, when his second daughter was born, the Hills purchased a $13 million luxury mansion near Orlando. The house, built in 1998, has a tennis court, a swimming pool, six bathrooms, and two guest suites. Fun fact, other popular sports players have houses in the same neighborhood, namely Shaquille O’Neal and Tiger Woods.

Throughout his career, Hill has shown lots of philanthropic character. Here are some examples: