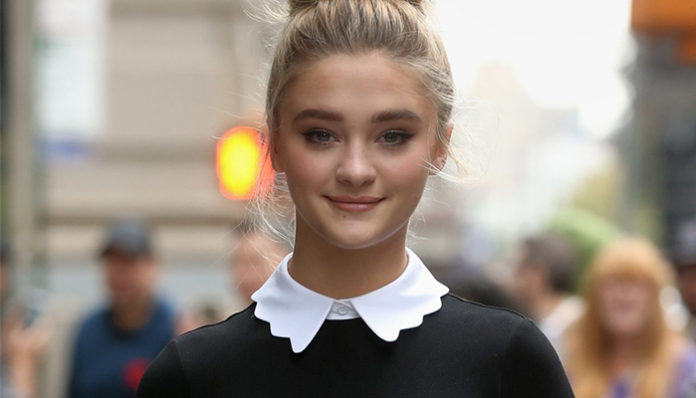 Hailing from Texas, Lizzy Greene is perhaps best known for playing Dawn Harper in the teen sitcom, Nicky, Ricky, Dicky, & Dawn. Since then, she has appeared in several TV specials including Nickelodeon’s Ho Ho Holiday, Not So Valentine’s Special, and Sizzling Summer Camp, to name a few.

Like most child stars, she had caught the acting bug as a young child. A former performer with the Fun House Theatre & Film company, she was ultimately discovered by a talent manager during an acting workshop in 2013.

From there, she was cast as one of the titular characters in the comedy, Nicky, Ricky, Dicky & Dawn. Her big television debut, she acted alongside several stars including Brian Stepanek, Allison Lunn, Casey Simpson, and Mace Coronel, and a few others.

The brainchild of Matt Fleckenstein, the series premiered on the Nickelodeon Network on September 13, 2014. Incredibly popular among teen audiences, it drew in over 1.6 million views during its first episode. From then until now, Nicky, Ricky, Dicky, & Dawn has been renewed three times; in fact, its fourth season just recently aired on January 6, 2018.

Since her small screen debut, Greene has taken part in several of Nickelodeon’s TV specials including the Ho Ho Holiday, Ultimate Halloween Costume Party, Not so Valentine’s Special, and Sizzling Summer Camp events.

In addition to that, she also played a small role in the made-for-television film, Tiny Christmas, which aired in 2017.

At one point in the past, she also participated as a contestant in the reality show, Paradise Run in 2016. 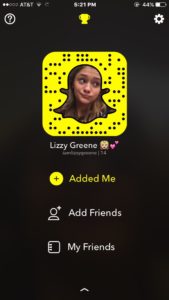 Are you a fan of the young star? Why not follow her on Snapchat? You can do so by clicking here.

For an easy way to stay connected with the teen, why not follow her on Twitter? You can find her on @greene_lizzy

If you’re a fan, be sure to head on over to her official Youtube channel here.