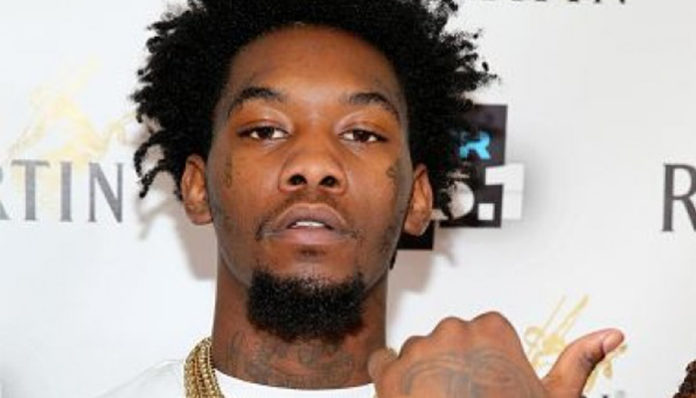 A member of Migos, Kiari Cephus is perhaps best known by his stage name, Offset. One of the founding members of the hip-hop group, he launched his music career back in 2009, with his niece Takeoff, and cousin, Quavo. Working together, they gained a notable amount of attention in 2013 following the release of their single, Versace. Since then, Offset and the boys have released several additional hits including Bad and Boujee, Fight Night, Handsome and Wealthy, and Slippery, and many others.

As a solo artist, Offset also has a bunch of credits to his name including the collaborative album, Without Warning, which he recorded with Metro Boomin and 21 Savage. In addition to that, he has also been featured in the works of Peewee Longway, Johnny Cinco, Philthy Rich, Cousin Stizz, and DJ Spinatik, to name a few.

How rich is the Georgia rapper? How well is Kiari Cephus- aka Offset, doing for himself nowadays? According to various sources, his 2018 net worth is currently pegged at $2 million. Where did most of these funds come from? How many projects does he have going for him? Let’s take a more detailed look below.

How did Kiari Cephus’ Make His Money & Wealth?

Hailing from Lawrenceville, Georgia, he had grown up with Quaov and Takeoff, the two other members of Migos. As it happened, they initially gained prominence for their single, Versace, which came out in 2013. An immense success, it soon became their first gold-certified hit.

Following that, the trio put together their debut album, Yung Rich Nation, which hit stores in the summer of 2015. Still, it wasn’t until 2017, with the release of their second project, Culture, that they once again took the stage by storm. A chart topper, the album had peaked at number one in both the U.S. and Canada.

Naturally, it would only make sense that a significant portion of his earnings come from his work with Migos. In fact, the group had recently just finished up their 2017 concert tour in December. Considering their popularity, it’s likely that they would have earned a decent amount from said performances. For those who may be interested, they even have a few dates for 2018; for more information, be sure to check out their website.

In addition to his work with Migos, he’s also been making a name for himself as a solo artist in the recent years. For one thing, he had just recently collaborated with Metro Boomin and 21 Savage on the album, Without Warning, which peaked at number four in the U.S.

In addition to that, Offset had landed himself several features over the past few years in the works of many artists such as Peewee Longway, Figg Panamera, Johnny Cinco, Philthy Rich, and Cousin Stizz, to name a few.

Some other songs that he contributed to in 2017 include Rain Drop by T-Wayne, Willy Wonka by Macklemore, Floor Watch by Juicy J, and Hop in da Lamb by Sauce Walka.

Since 2017, Cephus has been in a relationship with fellow rapper, Cardi B. In fact, he had proposed to her in October 2017 while they were in Pennsylvania.

Does Kiari Cephus Have Any Children?

He has three children from previous relationships, a daughter named Kalea, and two sons named Kody and Jordan.

Did Kiari Cephus Go to College?

From what we can gather, Kiari Cephus did not go to college.

What is Kiari Cephus Famous For?

Known by fans as “Offset”, Kiari Cephus is best known as a member of the hip-hop music trio, Migos. Throughout the years, they have released numerous hits including Versace.

Our best guess is that he currently resides in Atlanta. Further information is unavailable at this time.

What Kind of Car Does Kiari Cephus Drive?

Information on his vehicle is unavailable at this time.

How Much Money Did Kiari Cephus Earn Last Year?

As mentioned earlier, he recently released the collaborative album, Without Warning on October 31, 2017, with Metro Boomin and 21 Savage. An overall success, it went on to peak at number four on the Billboard 200.

In terms of his personal life, he had recently also gotten engaged to his girlfriend, Cardi B.