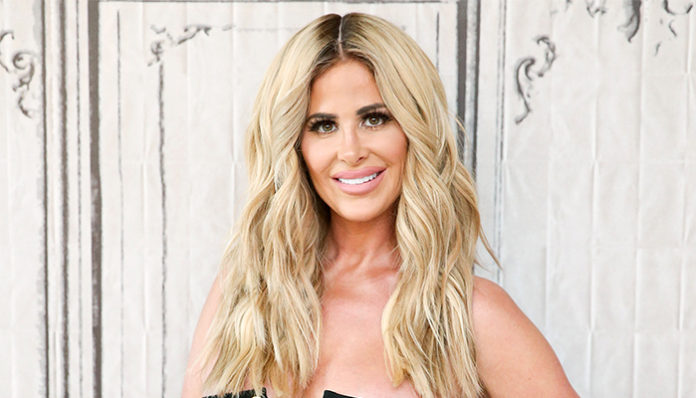 A television personality, Kim Zolciak-Biermann rose to fame on the reality series, The Real Housewives of Atlanta. One of four original cast members (alongside NeNe Leakes, Lisa Wu, and Sheree Whitfield), she starred on the show for five seasons, prior to departing in 2013. From there, it wasn’t until last year that she returned as a ‘Friend.’

Since her television debut in the late 2000’s, Kim has appeared in numerous other programmings including Jimmy Kimmel Live, Ghost Hunters, Good Morning America, The Doctors, and The Dr. Oz Show. At one point, she even competed in ABC’s dancing competition series, Dancing With The Stars in 2015!

How much has she banked from her various television endeavors? In fact, how much did she receive for her appearances in RHOA? According to sources, Kim Zolciak-Biermann currently has an estimated net worth of $1.5 million. Where do most of her earnings come from? Aside from reality TV, what other projects does she have? Stay with us, we’ll be trying to answer some of these questions below.

How did Kim Zolciak-Biermann Make Her Money & Wealth?

Born on May 19, 1978, in Pensacola, Florida, Kim Zolciak-Biermann was raised in Windsor Locks, Connecticut, with her brother, Michael. After graduating from high school, she opted to study nursing at the University of Connecticut. From there, she eventually relocated to Atlanta, Georgia at the age of twenty-one.

In 2008, it was announced that she would be joining the cast of Bravo’s newest reality series, The Real Housewives of Atlanta. One of the show’s original housewives, she initially shared her on-screen time with NeNe Leakes, Lisa Wu, and Sheree Whitfield. Her television debut, it garnered her a significant amount of attention during the late 2000’s.

Following the end of the first season, Kim renewed her contract and stayed for an additional three years; she eventually departed from RHOA in 2013. By then, several housewives had joined the show including Kandi Burruss, Cynthia Bailey, and Phaedra Parks, to name a few.

Following a prolonged break, the blonde chose to return as a ‘Friend’ in season ten. Considering her monetary motivations, something that she’s mentioned in the past, it’s probably fair to assume that she was successful in negotiating a greater paycheck with Bravo. With that said, details of her contracts have never been disclosed to the public. For now, we can only make assumptions about her salary.

Since her rise to fame, Kim has taken part in several additional shows including Ghost Hunters, Watch What Happens Live, Good Morning America, and Home & Family. Perhaps the most notable of all, however, is her participation in the dancing competition series, Dancing with the Stars in 2015. One of the main contestants, she was paired up with professional dancer, Tony Dovolani. Due to health issues that she was experiencing at the time, however, she withdrew midseason.

As far as other projects go, the blonde has also been starring in her own reality series, Don’t Be Tardy since 2012. In fact, the sixth season had just recently premiered in the fall of 2017.

The blonde has been with her husband, Kroy Biermann since 2011. Prior to that, she was married to Dan Toce in the early 2000’s.

Does Kim Zolciak-Biermann Have Any Children?

Did Kim Zolciak-Biermann Go to College?

Yes, she went to the University of Connecticut where she studied nursing.

What is Kim Zolciak-Biermann Famous For?

She is best known as one of the original housewives on The Real Housewives of Atlanta. Ultimately, she starred for five seasons before making her departure.

She currently lives with her husband and children in Roswell, Georgia. Further information is unavailable at this time.

What Kind of Car Does Kim Zolciak-Biermann’s Drive?

Information on Kim Zolciak-Biermann’s vehicle is unavailable at this time.

How Much Money Did Kim Zolciak-Biermann Earn Last Year?

Since 2012, she has been starring in the reality series, Don’t Be Tardy…(a spin-off of RHOA). Some of the other shows that she appeared in last year include The Real, Steve, and Daily Pop.

Why not follow her on social media? You can find the former RHOA star on Twitter at @Kimzolciak or on Instagram at @Kimzolciakbiermann. On Facebook, she also has an official fan page which you can visit here.