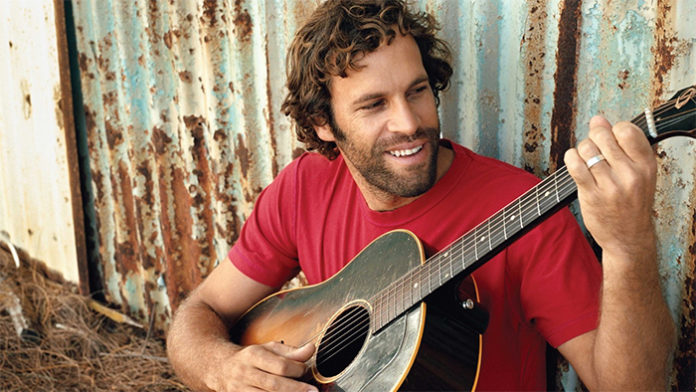 Known for his work in the acoustic and soft rock genres, Jack Johnson has been churning out hits since the late 90’s. An award-winning singer, he has released several records throughout his career. Some noteworthy mansion includes the albums, Brushfire Fairytales, On and On, In Between Dreams, and Sleep Through the Static, all of which received certification from the RIAA in the U.S.

Aside from his flourishing music career, which has obviously taken him places over the years, Johnson is also an actor and director. For instance, he has taken part in the films, Thicker Than Water (2000), The September Sessions (2002), Getting Out (2002), and A Brokedown Melody (2004). Most recently, he also composed the soundtrack for the 2017 documentary, The Smog of the Sea. With all that he’s accomplished, to say that he’s simply talented, would probably be an understatement.

How successful is the musician? How rich is he? According to sources, Jack Johnson currently has an estimated net worth of $16 million. From what does he make most of his money? How much of it came from his albums and singles? Let’s take a closer look below.

How did Jack Johnson’s Make His Money & Wealth?

Born on May 18, 1975, in Oahu, Hawaii, Jack Johnson had two passions growing up- surfing and music. A guitarist since the age of eight, his interest in music only grew with time. By the time he was in his late teens, he had joined a band called Soil, with whom he’d performed with on a regular basis. Some of his biggest musical influences include Jimi Hendrix, Bob Dylan, The Beatles, Neil Young, and Ben Harper, among others.

In 2001, he released his debut album, Brushfire Fairytales via Universal Records. Largely responsible for his rise to fame, it ultimately went platinum in the U.S., after peaking at number 34 on the Billboard 200.

Riding on his momentum, Johnson eventually dropped On and On and In Between Dreams in 2003 and 2005 respectively, the latter of which was significantly more successful. Two of his greatest albums to date, more than 28 million copies have since been sold across the globe, combined.

Prior to the end of the decade, the singer released two more albums, Sleep Through the Static in 2008, and To the Sea, in 2010. Huge hits, both of them peaked at number one in the U.S., as well as several other countries. Some noteworthy mentions from said projects include Hope, You and Your Heart, From the Clouds, At or With Me, and See Girl.

From then until now, he has come out with two more albums, From Here to Now to You, and All the Light Above It Too, though they ultimately were not as successful as those released at the peak of his career in the 2000’s.

In addition to his successful music career, Johnson is also an accomplished film director. Over the years, he has worked on several movie/documentary titles including Thicker Than Water (2000), Out Cold (2001), The September Sessions (2002), and A Brokedown Melody (2004), to name a few. Last year, he was also in charge of composing music for the film, The Smog of the Sea (2017).

Jack Johnson has been married to his college sweetheart, Kim, for nearly two decades.

Does Jack Johnson Have Any Children?

He has three children with his wife, two sons, and a daughter.

Did Jack Johnson Go to College?

Yes, he went to the University of California, Santa Barbara, from which he graduated in 1997.

What is Jack Johnson Famous For?

Jack Johnson rose to fame with the release of his 2001 debut album, Brushfire Fairytales. Throughout the years, his work has earned him numerous industry accolades including two Grammy Awards.

What Kind of Car Does Jack Johnson Drive?

Information on Jack Johnson’s vehicle is unavailable at this time.

How Much Money Did Jack Johnson Earn Last Year?

At this time, we do not have any information on Jack Johnson’s 2017 earnings.

Last fall, the singer released his seventh studio album, All the Light Above It Too on September 8, 2017 (his first album release since 2013). Around that same time, he also worked on the documentary film, The Smog of the Sea.

Looking to follow the award-winning singer on social media? You can find Jack Johnson on a few platforms including Twitter at @JackJ and Instagram at @JackJohnson. On Facebook, he also has an official page, which you can check out here.