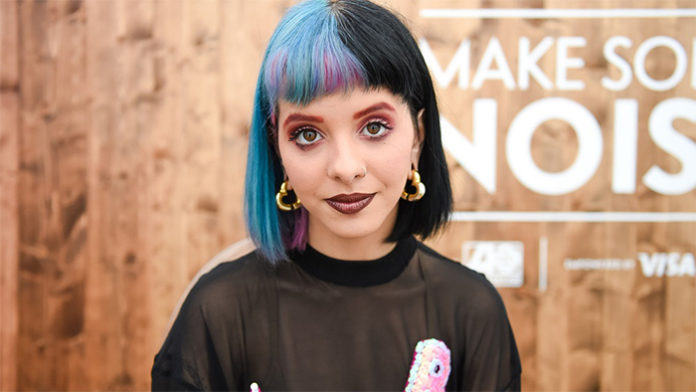 Raised in Long Island, the twenty-something had wanted to become a singer ever since she was young. Growing up, she often listened to Britney Spears, Christina Aguilera, The Beatles, and Brandy.

In 2012, Martinez decided to try her luck on the third season of NBC’s The Voice. As it happened, she eventually earned herself a coveted spot in the competition, where she faced off against several other talented singers. Though she did not take home the winner’s title, she continued with her singing dreams and eventually released her debut extended play, Dollhouse in 2014. From there, she received a breakthrough with her 2015 album, Cry Baby, which went platinum in the U.S. If anything, her popularity has only climbed further over the past couple of years.

How lucrative is her music career? How much has she pocketed from her record sales so far? How rich is the young singer? According to sources, Melanie Martinez currently has an estimated net worth of $1 million. Where could she have earned the majority of this amount from? Let’s try to find out.

How did Melanie Martinez’s Make Her Money & Wealth?

Born on April 28, 1995, in Queens, New York, Melanie Martinez grew up on Long Island, where she’d found her passion in music. A fan of Britney Spears, The Beatles, and Christina Aguilera, she had aspired to become a singer ever since he was a young girl. By the time she was in her early teens, she had taught herself how to play the guitar.

During her junior year of high school, she participated in the Varsity Talent Show on MSG, where she sang Shake Me, Wake Me (When It’s Over), and Money (That’s What I Want). Despite her best efforts, however, she was eliminated during the second round. Deciding to try her luck again, Martinez eventually auditioned for the third season of The Voice later that same year. Though she didn’t win the competition, she did make it into the Top 6.

From there, Martinez began working on original material at the studio. Her debut extended play, Dollhouse, was later released in February 2014. A decent hit, it went on to peak at number four on the US Top Heatseekers chart. In support of the project, she even embarked on her very first concert tour.

The following year, she came out with her first studio album, Cry Baby in August 2015. The breakthrough that she’d been waiting for, it charted in numerous countries, including the U.S., where it had peaked at number six on the Billboard 200. Some of the songs that the album gave rise to included Mrs. Potato Head, Pity Party, Sippy Cup, Carousel, and Soap. As of 2018, the record has gone platinum in the U.S. To promote the project, she also headlined her second tour, the Cry Baby Tour, which ran from 2015 to 2016.

As of 2017, Melanie Martinez was in a relationship with Michael Keenan.

Does Melanie Martinez Have Any Children?

No, Melanie Martinez does not have any children.

Did Melanie Martinez Go to College?

No, she did not. Instead, she had pursued a music career after high school.

What is Melanie Martinez Famous For?

Melanie Martinez rose to fame after appearing on the popular singing competition series, The Voice. Since then, she has released a few albums including Doll House, Pity Party, Cry Baby, and Cry Baby’s Extra Clutter.

At this time, we do not have any information on Melanie Martinez’s location

What Kind of Car Does Melanie Martinez Drive?

Information on Melanie Martinez ‘s vehicle is unavailable at this time.

How Much Money Did Melanie Martinez Earn Last Year?

At this time, we do not have any information on Melanie Martinez’s 2017 earnings.

Though she didn’t release any albums last year, she did drop the single, PiggyBank. Prior to that, she issued two EPs in 2016, Pity Party and Cry Baby’s Extra Clutter.

According to reports, the singer has also been working on a second studio album, which will presumably come out in early 2018. So far, no official release date has been announced as of yet.