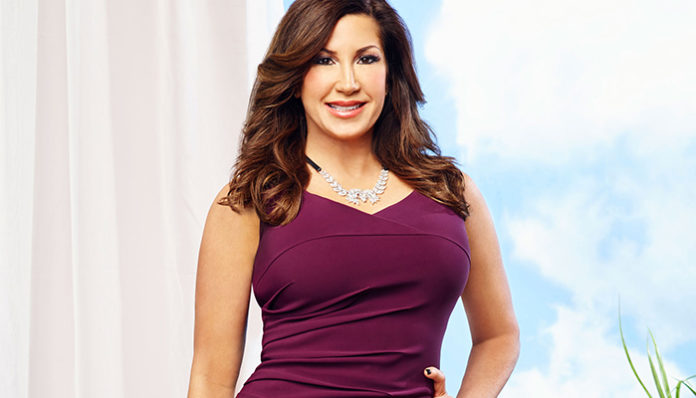 A reality TV star, Jacqueline Laurita is perhaps best known for her appearances in the popular television series, The Real Housewives of New Jersey. One of five original cast members (alongside Dina Manzo, Danielle Staub, Teresa Giudice, and Caroline Manzo), she first appeared in the series premiere in May 2009. Following that, she remained as one of the main housewives for a handful of seasons from 2010 to 2013, after which she returned as a ‘friend’ in season six. From there, Laurita came back for one final season in 2016.

Like most reality stars, she was involved with several other shows, aside from The Real Housewives of New Jersey. For instance, she has been interviewed in Live with Kelly and Ryan, The Tonight Show with Jay Leno, The Wendy Williams Show, Bethenny, and The Dr. Oz Show, to name a few. In 2010, she even participated in a special edition of Who Wants To Be a Millionaire, alongside her RHONJ co-stars.

Did you know that she’s also an actress? While it’s not her main focus per se, she does have a couple of credits to her name. For instance, she had a small role in the comedy film, Bad Parents in 2010. In 2009, she also had a cameo in the television drama, Mercy. What else has she been up to recently? Last year, she co-wrote a non-fiction book titled, The Busy Girl’s Guide to Getting Your It Together, with Nene Luciani.

With all that she has going for her, is it safe to assume that she’s living a comfortable life? How wealthy is the TV personality? According to sources, Jacqueline Laurita currently has an estimated net worth of $5.5 million. How much of this came from her appearances on The Real Housewives of New Jersey? How many streams of income does she have? Let’s take a look at all of these questions below.

How did Jacqueline Laurita Make Her Money & Wealth?

Born on April 26, 1970, in Los Vegas Nevada, Jacqueline Laurita grew up in several different places including Virginia, Missouri, Germany, Arizona, and Korea due to her father’s career as an Army Colonel. The second oldest of three children, she has two siblings, both brothers- Tommy and Robby. Unfortunately, that’s about all we have about her early life at this time.

After completing high school, Laurita went to a local community college in Arizona; back then, she was interested in becoming either a nurse or an elementary school teacher. Ultimately deciding against it, she eventually obtained a cosmetologist license in Nevada, with hopes of getting into the beauty and cosmetic industry.

Around that time, she also married her first husband, Matt Holmes. Tying the knot in 1989, the two later had a daughter named Ashley. Ultimately, the pair stayed together for a handful of years, before divorcing in 1992.

For many years, she pursued a career in cosmetology. It wasn’t until the late 2000’s that she made her television debut in the reality series, The Real Housewives of New Jersey, which premiered on Bravo TV. The fourth installment of the franchise by the network, it centered around several ‘housewives’ residing in the New Jersey area, as implied by its name.

One of the original cast members, Laurita made her debut in the first episode which aired on May 12, 2009; her co-stars included fellow housewives Danielle Staub, Teresa Giudice, Caroline Manzo, and Dina Manzo. With that, she starred on the show for the next five season- during which many aspects of her personal life were followed, such as her relationships.

After starring on the series for five seasons, Laurita returned as a ‘friend’ in season six. Following that, she came back as a main cast member for one final season in 2016. Since then, the reality star has not made any appearances on the show.

What was her salary for being on The Real Housewives of New Jersey? According to sources, the full-fledged housewife yielded $850,000 per season, as one of the most popular cast members on the show. Seeing as how she was on RHONJ from 2010 to 2016, she would have easily yielded millions of dollars from Bravo throughout the years.

In the years that she was featured on RHONJ, she also appeared in other programmings such as Who Wants to Be a Millionaire, The Fashion Show, Watch What Happens Live, The Tonight Show with Jay Leno, and Manzo’d with Children. At one point, she even made her feature film debut in the comedy, Bad Parents in 2012.

Besides her television career, what other things has she accomplished? An author, Laurita has co-written two books in the recent years including Defy Expectations, and Get It! A Beauty, Style and Wellness Guide to Getting Your It Together, the former of which was written with her husband, Chris, on their experiences of raising an Autistic child.

In addition to that, she’s also taken her passion for beauty to the next level with her own lifestyle blog, TheLookOver.com. Needless to say, she has several different sources of income!

Jacqueline Laurita has been with her husband, Chris Laurita for 15 years, since 2002. He currently owns a popcorn company called The Little Kernel, where a portion of the profits is donated to an unnamed autism foundation.

Does Jacqueline Laurita Have Any Children?

The reality star has two sons with her husband Chris, named Nicholas and C.J., the former of whom was diagnosed with autism as a young child. Since his diagnosis, the couple has become keen advocates of the condition.

In fact, the two have recently published a book titled, Defy Expectations together, in which they share their struggles and successes on raising a child on the Autism Spectrum.

From her first marriage to Matt Holmes, she also has a daughter named Ashley.

Did Jacqueline Laurita Go to College?

Jacqueline Laurita did not go to college as far as we can tell.

What is Jacqueline Laurita Famous For?

Jaqueline Laurita rose to prominence as one of the main stars on Bravo’s The Real Housewives of New Jersey. Introduced in the pilot, she remained on the series for five seasons, before returning as a housewife in 2016.

This August, the reality star listed her New Jersey home on the real estate market for $2.3 million. Located in Franklin Lakes, the mansion boasts six bedrooms, five and a half bathrooms.

What Kind of Car Does Jacqueline Laurita Drive?

We do not have any information on Jacqueline Laurita’s car.

How Much Money Did Jacqueline Laurita Earn Last Year?

We do not have information on Jacqueline Laurita’s 2016 income at this time.

Up until November 2016, Laurita was among one of the housewives featured on the seventh season of The Real Housewives of New Jersey. Around that same time, she also released her second book, as mentioned earlier.

Earlier this year, she also co-starred in the documentary, Warrior Moms, which was released on April 1, 2017.

If you would like to stay in touch with the former Real Housewives of New Jersey star, you’ll be happy to know that you can find her on social media. For instance, she’s active on Twitter at @JacLaurita and on Instagram at @jaclaurita. On top of all that, there’s also her official Facebook page at @jacquelinelaurita.