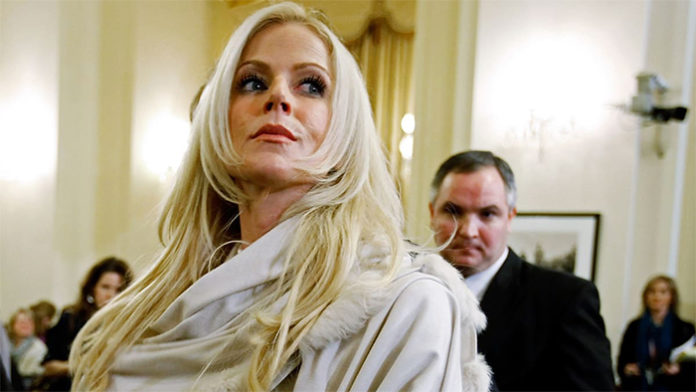 A television personality, Michaele Schon gained widespread attention after crashing a White House state dinner in 2009. Prior to coming into the public eye, she worked as a make-up artist; at one point, she even worked on the set of the documentary series, American Experience.

What had happened on November 24, 2009, to have garnered her so much nationwide attention? That night, she and her crew had managed to get into the White House for the state dinner, despite having originally been turned away from the entrance. Eventually taking photos with President Obama, and the other celebrities in attendance, which were later uploaded online, the incident received a huge amount of attention. Following the events of that night, however, the Secret Service issued a statement stating that they were “deeply concerned and embarrassed” by said circumstances.

Thanks to the incident, Salahi immediately rose in presence. In fact, her fame from the state dinner eventually landed her a role in Bravo’s reality series, The Real Housewives of D.C. One of the original cast members, she starred alongside fellow housewives Lynda Erkiletian, Mary Among, Cat Ommanney, and Stacie Scott Turner. Around that same time, the blonde also made guest appearances in The View, Entertainment Tonight, and Real Sports with Bryant Gumbel, among other programmings.

With all the media appearances that she had in the early 2010’s, is it safe to say that she’s doing fairly well for herself? How wealthy is the former reality star? According to sources, Michaele Salahi currently has an estimated net worth of $500,000. Where did most of her wealth come from? Stay with us, as we’ll be trying to answer some of these questions below.

How did Michael Salahi Make Her Money & Wealth?

Born on October 1, 1965, in Fairfax, Virginia, Michaele Salahi is the daughter of Rosemary and Howard A. Holt Jr. One of four siblings, she has a sister named Debbie and two brothers named Glen and Howard III. Unfortunately, not much has been revealed about her early life at this time. With that said, it’s known that she did attend King’s College briefly in Pennsylvania, though she ultimately left prior to obtaining her bachelor’s degree.

According to sources, she worked for a contemporary radio station, WKRZ for a few years during her twenties. From there, she eventually relocated to Washington, D.C., where she landed a job as a make-up artist for Nordstrom at the Tysons Corner Mall, a position that she stayed in for most of the 90’s. Later in the early 2000’s, she worked on the set for an episode of the PBS documentary series, American Experience.

Many years later in 2009, something happened that brought her to the forefront of the nation’s attention. That night, President Obama had been hosting a state dinner with a few invited guest including the anchor of NBC Nightly News and Brian Williams. As it happened, Salahi, her husband, and a few crew members were spotted trying to drive into the East Gate entrance. Despite having been turned away, however, they later parked the vehicle and walked to the White House. With a little bit of luck, the group eventually managed to make their way inside.

Surprising everyone with their attendance, they effectively crashed dinner moments later. Regardless of their actions, however, they went on to take photos with President Obama, the Chief of Staff, and Vice President. Eventually, with said photos were uploaded online, the public’s attention fell on the Salahis. Within a few days, the Secret Services released a statement saying that they were “deeply embarrassed and concerned” by the circumstances around the dinner.

A year after the incident, Salahi was cast in the newest Bravo reality series at the time, The Real Housewives of D.C. The fifth installment of the franchise, it centered around a few women in the Washington, D.C. area including Mary Amons, Cat Ommanney, Lynda Erkiletian, Stacie Scott Turner, and of course, Salahi herself.

Premiered on August 5, 2010, the show ultimately ran for eleven years. In spite of its decent viewership, however, it eventually became the first installment of the franchise not to be renewed for a second season. According to a later interview with Andy Cohen, “the stink” that the Salahis had left on the series was one of the major reasons for its cancellation.

How much was the make-up artist paid for being on The Real Housewives of D.C.? Unfortunately, said details have never been disclosed to the public. For now, our best guess is that she received a few thousands of dollars (if not a bit more) for her appearances.

Some of the other television shows that she appeared in in 2010 include The View, Today, Real Sports with Bryant Gumbel, and Entertainment Tonight.

Despite all of the attention that she received on the media, however, it would appear that her actions ate the state dinner had left a sour taste in one’s mouth. Since 2010, Salahi has not made any appearances on television.

For four years, Michaele Salahi has been married to Neal Schon, a rock guitarist. Despite being her second marriage, it’s said that the two had dated previously before in the 90’s. Their nuptials were ultimately broadcasted live (pay-per-view) from San Francisco’s Palace of Fine Arts.

Previously, she was married to Tareq Salahi. In order to be with Schon however, she is said to have abruptly left him in the early 2010’s- something that had ultimately made headlines at the time.

Does Michaele Salahi Have Any Children?

She is the stepmother to Schon’s five children

Did Michaelis Salahi Go to College?

At this point, it’s unclear whether or not the former reality star went to college.

What is Michaelis Salahi Famous For?

Michaele Salahi is perhaps best known for having crashed the White House state dinner on November 24, 2009. A year after the incident, she was cast as one of the main housewives on Bravo’s The Real Housewives of D.C., which garnered her further attention in the media.

Michaele Salahi currently resides in Washington D.C., with her husband. Unfortunately, we do not have any further information or photos to share at this time.

What Kind of Car Does Michaele Salahi Drive?

We do not have any information on Michaele Salahi’s car.

How Much Money Did Michaele Salahi Earn Last Year?

It’s unclear how much exactly Caroline Manzo earned in 2018 at this time.

As mentioned earlier, Michaele Salahi hasn’t made any major television appearances since The Real Housewives of D.C. in 2010. With that said, she and her husband were featured in Neal and Michaele: The Winter Wonderland Wedding and Music Event, a TV special that centered around their wedding in 2013. As far as we can tell, that’s the last time that the blonde has appeared on the small screen.

As far as we know, she might have returned back to work as a make-up artist.