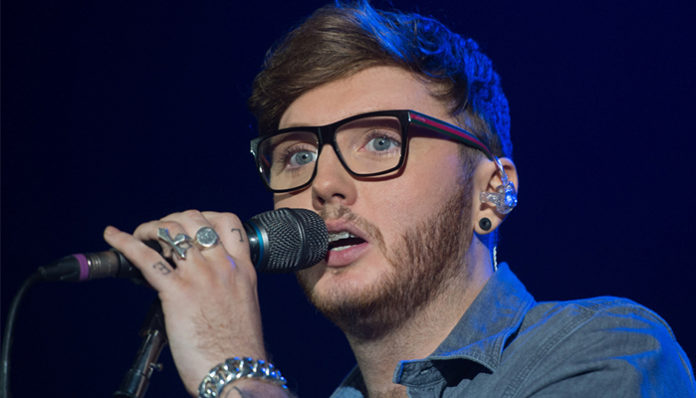 A British singer-songwriter, James Arthur rose to fame after winning the ninth season of The X Factor in 2012. A natural when it comes to writing and recording songs, he performed with several bands throughout his teens including Cue the Drama, Moonlight Drive, Save Arcade, and Emerald Skye, to name a few. Still, it wasn’t until the early 2010’s, after a successful audition for The X Factor, that he began to garner widespread attention on television.

An audience favorite, his on-stage performances had brought him much praise and applause. Ultimately, after several weeks, his talents led him to the finals, where he faced off against Jasmine Douglas. With one final performance, he was eventually crowned the winner of the entire competition. As part of his winnings, he was later offered a contract with Syco Music, through which he released his debut album, James Arthur in November 2013. Considerably successful, it peaked at number two in his native UK.

Since then, Arthur has continued to put forth new music on a regular basis. For instance, he subsequently released the singles, Get Down, Say You Won’t Let Go, Safe Inside, and Can I Be Him, all of which reached respectable positions on the record charts. Eventually switching labels, he also released a second album titled, Bak from the Edge in 2016. His most successful project to date, it soared to the top of the UK Music Chart. Not only that, but the album has since also gone platinum in Britain.

How rich is the former X Factor champion? According to sources, James Arthur currently has an estimated net worth of $5 million. Where did the bulk of this money come from? How much was earned from him winning the competition? We’ll be trying to answer these questions below, so be sure to stay with us.

How did James Arthur Make Her Money & Wealth?

Born on March 2, 1988, in Middlesbrough, North Yorkshire, James Arthur began writing songs at the age of fifteen. Eventually performing as an unsigned artist, he also played with several bands throughout the years including Save Arcade, Moonlight Drive, Cue the Drama, Emerald Skye, among a few others.

After accumulating many years of experience, Arthur decided to try out for the ninth season of The X Factor in 2012. Standing in front of the judge’s panel, he performed an acoustic rendition of Young by Tulsa, which ultimately landed him a coveted spot in the competition. Mentored by Nicole Scherzinger over the next few weeks, some of the other songs that he sang on the show include, Stronger (What Doesn’t Kill You), No More Drama, Sexy and I Know It, and Sweet Dreams (Are Made of This).

Despite some obstacles, including an anxiety attack and accusations of plagiarism halfway through the show, e eventually made it to the final round, where he faced off against Jahmene Douglas of Birmingham, England. Following his final performances of Shontelle’s Impossible, and Marvin Gaye’s Let’s Get It On, it was announced that he had received the majority of the vote- 53.7%, making him the grand champion of the season.

As the winner of The X Factor, Arthur was given a £1 million music contract with Simon Cowell’s label, Syco Music. In addition to that, he alongside a few other finalists were invited to take part in The X Factor Live Tour, which took place a few months following the competition.

A year after his win on The X Factor, Arthur released his debut album, James Arthur in the fall of 2013. Preceded by two singles, Impossible, and You’re Nobody ’til Somebody Loves You, the project came with thirteen tracks, including two collaborations with Chasing Grace and Emeli Sande. Despite mixed reviews, the album did relatively well, having peaked at number two in the UK.

From there, it wasn’t until 2016 that he released his second album, Back From the Edge (though he did come out with a mixtape in 2014). His first project with Columbia Records, it spawned three singles, Can I Be Him, Say You Won’t Let Go, and Safe Inside. Some of the other highlights from the disc include Prisoner, Sober, Train Wreck, Remember Who I Was, and Finally.

In terms of chart performance, Back From the Edge soared to number one in the UK (where it was the most successful). Though it wasn’t a chart-topper in the US, the album did manage to reach number 39 on the Billboard 200 and number 8 on the Heatseekers Albums chart.

While his two albums would have yielded him a decent amount, it’s not the entire picture. For one thing, he also had another source of income in the form of concert tours. In fact, since his win on The X Factor, he has already embarked on a handful of tours- the latest one being that of the Back From the Edge Tour, which’s obviously held in support of his second album of the same name.

In the past, he had also gone on the James Arthur Tour (to promote his debut album) in 2014 and The Story So Far Tour in 2015. Earlier this year, Arthur also supported One Republic on the 16th Annual Honda Civic Tour, which took him to various cities across the US.

Aside from his solo works, the singer has also done a number of collaborations over the years. Some noteworthy mentions include Sun Comes Up with Rudimental, Bridge over Troubled Water (as part of Artists for Grenfell), and Wrecking Ball with Alonzo Holt. Some of the other artists that he’s worked with in the past include MOKS, Rymez, and Machine Gun Kelly.

With the popularity that he has, it’s also not surprising that he’s been featured on countless TV shows over the past few years. For instance, he has appeared in Sunday Brunch, Loose Women, Alan Carr’s Happy Hour, The Late Late Show with James Corden, Larry King Now, Good Morning America, and The Tonight Show Starring Jimmy Fallon, to name a few.

As far as we can tell, James Arthur is currently single. Last October however, he revealed that he had previously been in a relationship with Rita Ora, a fellow singer.

In the past, he had also been romantically linked to Chanelle McCleary, Lacey Banghard, and Kimberley Garner.

Does James Arthur Have Any Children?

As far as we can tell, James Arthur does not have any children.

Did James Arthur Go to College?

From what we can tell, James Arthur has not attended college. As a teen, he had gone to the British School of Bahrain, and Rhyhills School, the latter of which he eventually graduated from.

What is James Arthur Famous For?

James Arthur is best known as the winner of the ninth season of the singing competition series, The X Factor. Following his win in late 2012, he was signed to Simon Cowell’s music label, through which he released his debut album, James Arthur in 2013. Since then, he has dropped another album titled, Back from the Edge in 2016.

James Arthur currently splits his time between London and Cleveland. At this time, we do not have any further information on his location.

What Kind of Car Does James Arthur Drive?

We do not have any information on James Arthur’s car.

How Much Money Did James Arthur Earn Last Year?

At this time, it’s unclear how much James Arthur had earned in 2016.

As mentioned earlier, his latest release was that of his second album, Back from the Edge in 2016. While he hasn’t issued any full-length projects since he has come out with a few singles this year including Safe Inside, Can I Be Him, and Naked, all of which charted in the UK.

As far as other records go, he also collaborated with Machine Gun Kelly, and Rudimental on the songs, Go For Broke and Sun Comes Up, both of which were released earlier this year.

For the most parts, however, Arthur has been kept busy with his third concert tour, The Back from the Edge Tour, which ran from March to November 2017.

If you would like to stay in touch with The X Factor winner, why not follow him on social media? Like most artists, you can find him on a few platforms including Twitter (@JamesArthur23) and Instagram (@Jamesarthurinsta23). Of course, there’s also his official Facebook page at @JamesArthur, where you can find some of his latest announcements.