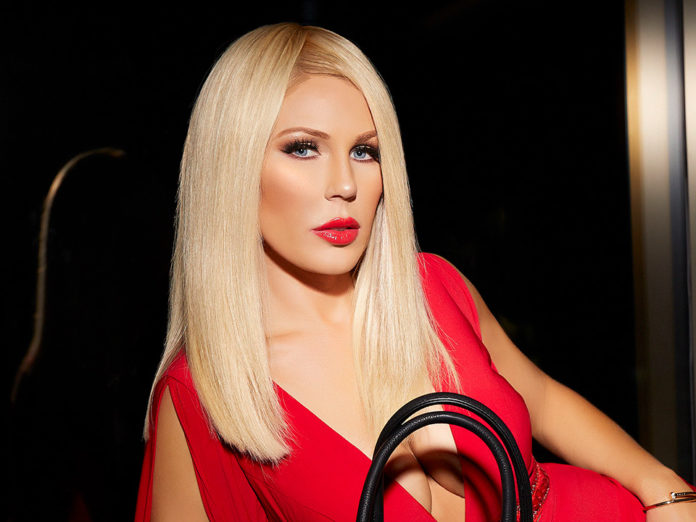 The ladies of The Real Housewives of Orange County are smart, talented, and beautiful – and Gretchen Rossi remains a standout amongst them. Rossi was introduced to the Real Housewives of Orange County cast in season 4. She appeared on the show until season 8, and later appeared as a guest in season 12. Following her debut, Rossi became a fan favorite. Rossi has also had several notable feuds with other cast members, but she has had many more triumphs throughout the course of the show. Rossi has launched a successful clothing line and appeared on multiple TV shows. She is also rumored to be planning a music career.

Gretchen Rossi is one of the highest paid stars on The Real Housewives of Orange County. She also has amassed a large fortune from a career in real estate, entrepreneurship. Rossi has a large inheritance from her previous husband Jeff Beitzel when he died in September 2008. Furthermore, Rossi’s lifestyle and good fashion sense have made her a popular social media personality. She has about 700,000 followers on both Instagram and Twitter.

Gretchen Rossi’s fashion label, Gretch Christine is also making her even richer. The label sells purses, handbags, and luggage. It also sells accessories such as wallets, handbag straps, and coin purses. The label began in 2009 and organically built up a dedicated customer base. Fans of RHOC have made it even more successful. The label creates tasteful, simple yet classic designs for great prices. It also uses quality materials in its products.

How Did Gretchen Rossi Earn her Money and Wealth?

Gretchen Rossi was born on October 30th, 1977. Her parents are Brenda and Scott Forward. Gretchen adopted her last name Rossi from a previous marriage. Rossi was born in Michigan but spent much of her early life in La Crescenta, California. She attended Christian Village High School. After graduating, she studied psychology Baylor University in Waco, Texas. Many other members of the RHOC cast are from Texas as well.

Shortly after receiving her psychology degree, Gretchen Rossi moved to Newport, California to look for a job. Instead of working in that field, she ended up getting involved in real estate. She befriended one of the top real estate agents in Newport Beach, who gave her a lucrative opportunity in the industry. It certainly wasn’t just handed to her, however – Rossi worked nearly 80 hours a week to sustain her demanding workload. Even though realtors only receive small commissions for their sales, making big sales in a place like California ensures any realtor a great profit.

In 2008, Gretchen Rossi joined the cast of The Real Housewives of Orange County. The year prior to that, she married a businessman, automotive engineer, and investor Jeff Beitzel (who was 20 years her senior). Unfortunately, Beitzel died just the next year from leukemia. When Rossi joined the cast of RHOC later that year, many of her co-stars, as well as viewers, accused her of being a “gold digger”. However, the pair had a happy relationship – and Gretchen Rossi is a self-made woman with money of her own.

A year after joining The Real Housewives of Orange County, Gretchen Rossi released her fashion line, Gretchen Christine. The elegant designs of her handbags and luggage were an instant hit with the RHOC fanbase, who began buying up her collections like hotcakes. Rossi also sold her products for a great price.

Gretchen Rossi has feuded with Tamra Judge over many issues dealing with their relationships and family. These feuds were rumored to be one of the main reasons for Rossi’s departure from RHOC in its 8th season. Yet when Rossi returned to the show during its 12th season in 2017, things immediately picked up where they left off. In a recent feud, Tamra Judge attacked Rossi after Rossi posted a message of support on a Facebook post of Tamra’s daughter Sidney Barney. A judge was accused by Barney of neglect and abuse, and Rossi had seen her bad side for years as well.

After beginning her television career with RHOC, Gretchen Rossi made many television appearances. She appeared in Who Wants to be a Millionaire (even though she already is one), Gumball 3000.