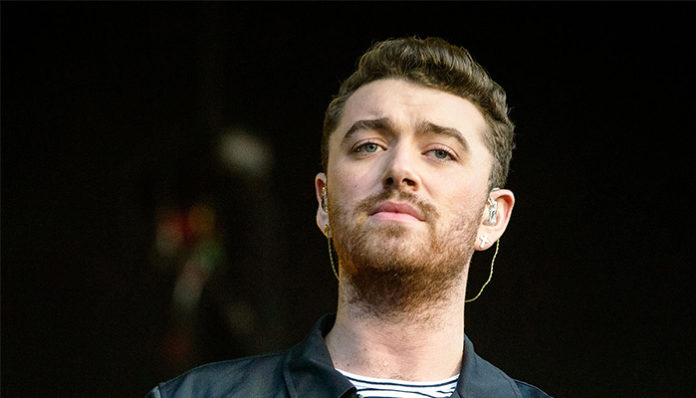 An English singer-songwriter, Sam Smith rose to fame after being featured in Disclosure’s hit single, Latch in 2012. Interested in music since he was young, he previously studied jazz, under the wing of jazz pianist, Joanna Eden. With that said, it wasn’t until the early 2010’s, that he started to make himself known to the world.

A year after his collaboration with Disclosure, Smith released his debut EP, Nirvana through Capitol Records. From there, he garnered immense attention for his first studio album, In the Lonely Hour, which soared to number one in his native UK (as well as a few other countries). His most successful record to date, it gave rise to numerous hits including Money on My Mind, I’m Not the Only One, Stay With Me, and Like I Can. Certified 7x Platinum by the BPI, the project eventually also yielded him six Grammy Award nominations, including one for Album of the Year.

This fall, the singer released his second album, The Thrill of it All. While not as successful as his debut effort per se, it did go on to top numerous music charts including those in the UK, Canada, Ireland, New Zealand, and the U.S. Out of the entire playlist, Too Good at Goodbyes appears to be the most popular, having gone platinum in Britain. Some other highlights include Burning, One Last Song, Pray, and Baby, You Make Me Crazy. In support of the album, it has been announced that he will be embarking on a concert tour in 2018.

One of the biggest names in the music industry today, how much has Sam Smith made from his endeavors over the past few years? According to websites, the singer currently has an estimated net worth of $15 million. Where did most of this wealth come from? How many ongoing projects does the artist have? Let’s take a look below.

How did Sam Smith Make Her Money & Wealth?

Born on May 19, 1992, in London, England, Sam Smith is the son of Kate Cassidy and Frederick Smith. Enamoured with the aspect of performing, he attended the Youth Music Theatre UK, where he starred in a production of Oh! Carol in his teens. For many years, he also studied jazz under the wing of Joanna Eden, a well-known jazz pianist.

In 2012, the aspiring musician landed a feature in Disclosure’s breakthrough hit, Latch. Incredibly popular, the song (which later went platinum) garnered him an immense amount of attention. Riding on his momentum, he went on to release his first ever single, Lay Me Down, the following year. Not long afterward, he dropped his debut EP, Nirvana, which went on to chart in the U.S.

His next project, was the studio album, In the Lonely Hour, which was released in May 2014. An immense success, it spawned several popular songs including I’m Not the Only One, Like I Can, Money On My Mind, and Stay with Me, two of which charted at number one in the UK. Nominated for six Grammy Awards, over 4 million copies have been sold across the United States, earning it double platinum accreditation from the RIAA.

In support of the project, Smith also embarked on his very first concert tour, The In the Lonely Hour Tour, which ran for twelve months, from January to December 2015. Highly anticipated by fans, the event saw him traveling to and performing in over 80 different cities around the world, from Asia to North America. In total, the tour is said to have brought in $7.9 million at the box office.

His second album, The Thrill of it All was released in November 2017. The follow up to his hugely successful debut, it contained ten tracks including, Too Good at Goodbyes, One Last Song, Burning, Midnight Train, and Say It First, among other titles. Met with positive reviews, it reached the top of the UK Albums Chart within the first week of release, with nearly 100,000 sales. In the US, it also debuted at the top of the Billboard 200, with 185,000 pure sales.

Named as one of the Best Albums of 2017, The Thrill of it All eventually went platinum in the UK, with over 300,000 combined sales. Though not as popular as In the Lonely Hour per se, it was still a big success nonetheless. In support of his second album, it has been announced that he will be embarking on a second tour, The Thrill of It All Tour. According to reports, it will kick off on March 20, 2018, in Sheffield, and run until September 13, 2018, in Calgary.

While it’s hard to determine how much he earned from said records, it’s clear that a big portion of his wealth came from the success of his two albums, particularly that of the 7x platinum, In the Lonely Hour. Of course, he would have also pocketed a decent amount from all of the performances that he gave during his first concert tour.

Since his rise to fame, Smith has appeared numerous times on television, mostly as a musical guest on talk shows. For instance, he has been invited onto Jimmy Kimmel Live!, Saturday Night Live, Today, The Ellen Degeneres Show, and The Tonight Starring Jimmy Fallon. On multiple occasions, he even hit the stage on The X Factor, as a special guest. If anything, these television appearances have only further boosted his presence in the media.

In terms of other streams of revenue, there’s also his Youtube channel, which was launched in 2013. At the time of this writing, he has amassed over 6.6 million subscribers with more than 3.2 billion views across his videos. To date, his most popular upload, the MV for I’m Not The Only One has received over 960 million views. With those kinds of numbers, one can only imagine his earnings from ad revenue.

In 2014, the singer publicly came out as gay. Since then, he has been in a few relationships.

At the time of this writing, Sam Smith is in a relationship with Brandon Flynn, the actor who played Justin in the popular Netflix series, 13 Reasons Why.

In the past, he had also dated model and actor, Jonathan Zeizel.

Does Sam Smith Have Any Children?

No, Sam Smith does not have any children that we know of

Did Sam Smith Go to College?

As far as we know, he has not attended college. As a teen, he went to St. Mary’s Catholic School in Bishop’s Stortford, Hertfordshire.

What is Sam Smith Famous For?

Sam Smith initially rose to fame for his feature in Disclosure’s 2012 hit, Latch. Two years later, he released the immensely successful album, In the Lonely Hour, which peaked at number one in the UK (where it also received 7x platinum certification).

Sam Smith currently resides in England, UK. At this time, we do not have any further information available on his home and residence.

What Kind of Car Does Sam Smith Drive?

We do not have any information on Sam Smith’s car.

How Much Money Did Sam Smith Earn Last Year?

At this time, it’s unclear how much Sam Smith had earned in 2016.

This November, Sam Smith released his long-awaited second album, The Thrill of It All. Made available on November 3, 2017, it gave rise to his latest hit, Too Good at Goodbyes, which quickly topped the UK Singles Chart. To date, over 300,000 units of the album have been sold across the UK.

In terms of upcoming projects, he will soon be embarking on his second concert tour, The Thrill of It All Tour, in support of the above album. According to reports, the tour will kick off in March 2018, after which it will continue for 70 shows across North America and Europe.