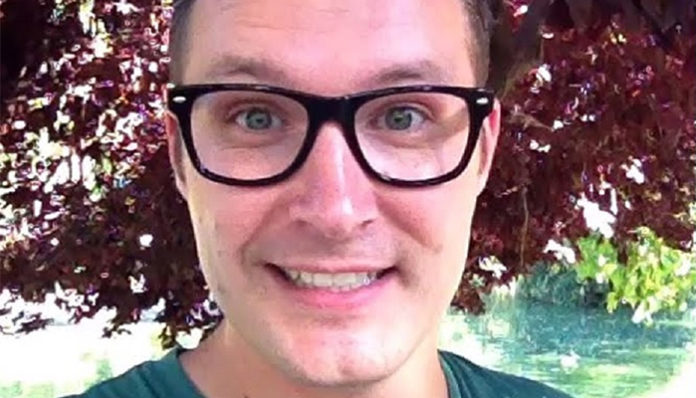 A social media star, Jason Coffee originally rose to fame on Vine, where he had attracted close to one million followers. A Starbucks employee (hence his name), he is known for featuring his family in his videos, all of which garner hundreds of thousands of views. Around the same time in the early 2010’s, he also made himself known on the lip-syncing app, Musical.ly, on which he currently has more than 2.5 million fans.

Since his rise to fame, he has of course, also gained an audience on Youtube. Known for his vlogs and comedy videos, he has amassed over 39,000 subscribers with more than 320,000 combined views to date. As expected from an Internet star, Jason is also active on other platforms such as Twitter, Instagram, and Facebook. In fact, he has well over 150K fans across his social media accounts to date.

How wealthy is the former Vine star? How much does he make from his various online endeavors? Unfortunately, Jason Coffee’s 2018 net worth is currently still under review. With that said, let’s take a look at some of his career accomplishments.

How did Jason Coffee’s Make His Money & Wealth?

Born on August 12, 1980, in Sacramento, California, Jason Coffee has been working in the coffee industry for over a decade, since the early 2000’s. Unfortunately, not much is known about his early life at this point.  Currently, he resides in Hawaii, with his wife Chassy, and three children, Caleb, Isaac, and Peyton, all of whom make regular appearances on his Youtube channel.

As it happened, it was in the early 2010’s that he first got involved with social media. Jumping on the Vine bandwagon as many did at the time, he made his account not long after the launch of the app in January 2013. Putting together various six-second clips, his follower count quickly grew with time. By the time it was announced that the platform would be closing, he already had over 900,000 fans.

A few months into his Vine career, Jason also joined Youtube, to which he posted various comedy videos and family vlogs. As of 2018, he has gained close to 40,000 subscribers with more than 320,000 views combined. To date, his most popular upload, Kids Dump Eggs Over His Dad’s Head Prank has generated over 46,000 hits. Some of his other top videos include Daddy’s Glasses, Ask Caleb Coffee Questions, Coffee Short, and Will It Slime?.

How much has he made from his Youtube channel so far? Typically, users receive anywhere from $2 to $5 per 1,000 ad views (assuming that they’re part of the Google Adsense Program). Seeing as how he has a total 320,000 views, he would have easily already earned a few hundred dollars from his videos alone. Assuming that he continues to put out new videos, it wouldn’t be surprising if this figure was to increase further in the near future.

Like most social media personalities, you can find him on a few other platforms including Twitter and Musical.ly. In fact, he already has over 2.5 million followers on the latter! We’ve listed some of his accounts below, should you want to follow him.

Jason Coffee has been married to his wife, Chassy, for over ten years since 2003. Unsurprisingly, she has been featured several times in his online videos.

Does Jason Coffee Have Any Children?

Yes, he has three children with his wife, Caleb, Isaac, and Peyton, all of whom regularly appear on his Youtube channel.

Did Jason Coffee Go to College?

As far as we know, Jason Coffee has not attended college.

What is Jason Coffee Famous For?

A popular content creator, Jason Coffee originally rose to fame on Vine in 2013. Since then, he has also made himself known on Youtube, and Musical.ly.

Originally from Sacramento, California, he currently lives with his family in Hawaii.

What Kind of Car Does Jason Coffee Drive?

We do not have any information on Jason Coffee’s car.

How Much Money Did Jason Coffee Earn Last Year?

At this time, we do not have any information on Jason Coffee’s 2017 earnings.

For the most parts, Jason has been busy uploading new videos to his Youtube channel on a regular basis. In addition to that, he has of course, also been updating his other social media accounts such as Twitter, Musical.ly, and Instagram.