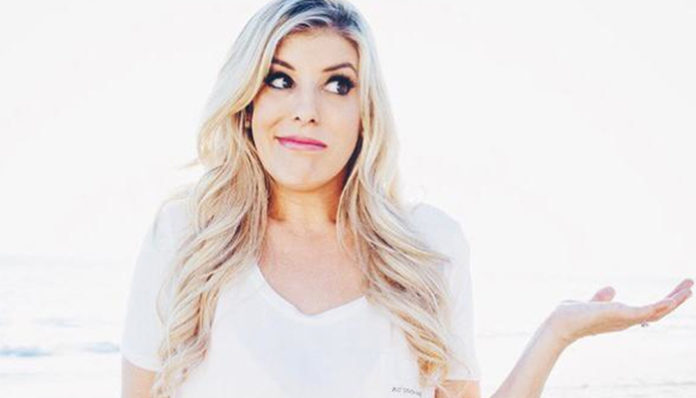 An Internet celebrity, Rebecca Zamolo has amassed millions of followers across social media over the past few years. On Youtube alone, her content has yielded her more than 2.3 million subscribers (not including her joint channel with her husband, Matt Yoakum). Incredibly popular on the site, she uploads a variety of videos from challenges to unboxing, all of which garner hundreds of thousands, if not millions of views each.

Since her rise to fame, the Youtube star has also appeared in dozens of television series including Minute Motivations, His & Hers, The PET Squad Files, CoffeeHouse, and The Mumblesteens, to name a few. In fact, she’s even made a few appearances on the big screen in films such as iDo Over, and Glory Days. If anything, her popularity has only continued to rise over the past years.

Considering her fame, how much has she managed to pocket over the years? How wealthy is she? According to sources, Rebecca Zamolo currently has an estimated net worth of $3.2 million. From what did she earn the majority of this amount from? How much does she make from her Youtube channel? Let’s take a look at some of these questions below.

How did Rebecca Zamollo Make Her Money & Wealth?

Born on September 28, 1982, in Martinez, California, Rebecca Zamolo was a competitive gymnast for most of her teen years. Later switching to cheerleading, she was a professional cheerleader for the San Jose Sabercats for several years, prior to getting involved with television.

By the late 2000’s, she had ventured into acting. Her first role, a minor one, was in that of the television series, Make It or Break It in 2009. From there, she went on to appear in the titles, Life’s a Joke, The Portal, A Numbers Game, Thirst, and Darla, a number of which were short films. Fast forward to the 2010’s, and she has continued to appear on television in shows such as His & Hers, CoffeeHouse, and Insecurity.

As involved as she is as an actress, most of her fame probably comes from her successful Youtube channel. Dedicated to entertaining her fans, she regularly uploads a variety of videos including vlogs, challenges, reviews, and DIYs (most of which generate over one million views each). As of February 2018, she has amassed over 2.3 million subscribers with more than 368 million views across her channel.

With the audience that she has, what are her earnings from the site? According to sources, she receives an average of 450,000 views per day on her Youtube channel. Doing the math, this works out to be approximately $680 a day from ad revenue (which in turn translates to about $250,000 a year).

What other money-making projects does she have going on? Well, for one thing, she’s also released a number of singles. For instance, she’s come out with the songs Keep it On, Be the Boss, I’m So Married, and My Name is Beatrice. Most recently, she also dropped the holiday song, It’s Christmas in December 2017.

Rebecca Zamolo is married to fellow Youtuber, Matt Yoakum. The two had dated for ten years, prior to tying the knot in 2014. Since they got together, they’ve starred in each other’s Youtube videos numerous times.

Does Rebecca Zamolo Have Any Children?

Did Rebecca Zamolo Go to College?

She went to the University of California, Santa Barbara, form which she received a degree in Sports Management and Communications.

What is Rebecca Zamolo Famous For?

Rebecca Zamolo is best known for her Youtube channel, on which she currently has 2.3 million subscribers.

Rebecca Zamolo currently resides in Los Angeles, California, with her husband, Matt. We do not have any photos of their home at this time.

What Kind of Car Does Rebecca Zamolo Drive?

We do not have any information on Rebecca Zamolo’s car.

How Much Money Did Rebecca Zamolo Earn Last Year?

At this time, we do not have any information on Rebecca Zamolo’s 2017 earnings.

Aside from having been kept busy with her own Youtube channel, she made a guest appearance on JoJo’s Juice last year.

For those who’d like to follow the star on social media, you can find Rebecca Zamolo on a few different platforms including Twitter at @RebeccaZamolo and Instagram at @RebeccaZamolo. Of course, she also has an official page on Facebook, which you can visit at @rebecca.zamolo.