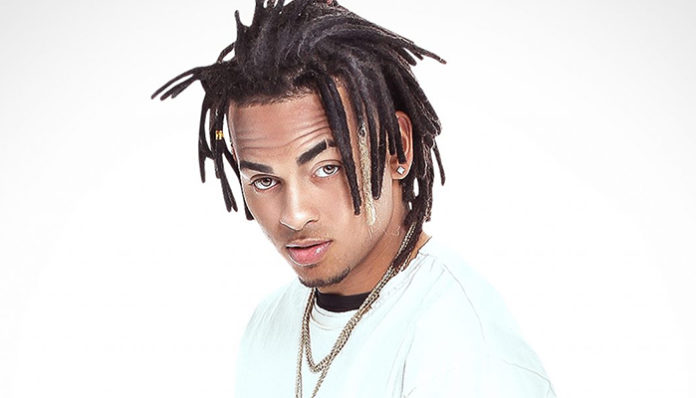 One of the most successful reggaeton artists of his generation, Ozuna has been churning out hits since 2012. Hailing from Puerto Rico, he had always been interested in music, ever since he was a young child. In fact, he had already begun to write his own songs at the age of twelve. With that said, it wasn’t until several years later, that he embarked on a full-time music career.

In 2012, the singer made his music debut with the single, Imaginando. From there, he signed with Golden Family Records in 2014, through which he released several subsequent tracks including, Se Took Todita, En Otro Mundo, Dime Bebe, and Mirame, to name a few. As far as recent projects go, Ozuna had released his long-awaited debut album, Odisea in the summer of 2017. In support of the album, he also embarked on a concert tour across the United States.

How much has the twenty-something earned over the years, since his debut? How lucrative has his music career been? According to sources, Ozuna currently has an estimated net worth of $3 million. Aside from his record sales, where else does his money come from? Let’s take a look at these questions below.

How did Ozuna’s Make His Money & Wealth?

Born on March 13, 1992, in San Juan, Puerto Rico, Ozuna was raised majorly by his paternal grandmother, as his parents were unable to provide financially for him. Interested in music ever since he was a young, he started to write his own songs by the time he was in his early teens.

In 2014, the aspiring artist landed a music contract with Golden Family Records. Soon afterward, he began uploading original songs to Youtube, which helped to garner him an online fanbase. One of his first hits included Si No Te Quiere, which brought him a considerable amount of attention across Latin America.

Over the next years, he churned out numerous hits, all of which were extremely well received by fans. As far as multi-track projects go, Ozuna released his debut album, Odisea on August 25, 2017. Laced with sixteen songs, its success ultimately went on to earn him a Best Breakthrough Artist Award at the Premios Juventud that year.

Obviously, the twenty-something would have yielded a significant amount of earnings from his records. On top of that, however, it’s not surprising to know that he has other streams of revenue, one of which includes his Youtube channel. Launched in 2016, he has already amassed over 10.4 million subscribers as of 2018. With the fanbase that he has on the site, one can only imagine the ad revenue that he collects from his videos.

In addition to all that, he also earns a decent amount from putting on performances and going on tour. Speaking of which, he had recently been on the road for his Odisea Tour (in support of his debut album) last summer. Kicked off on May 26, 2016, it saw him performing in over 25 different cities across the United States. For those who may be interested, he also has performances scheduled for later this month.

The singer has been married to his wife, Tina Marie Melendez for a few years.

Does Ozuna Have Any Children?

Yes, he has two children with his wife, a son named Jacob and a daughter named Sofia.

Did Ozuna Go to College?

As far as we can tell, the Puerto Rican singer has not gone to college.

What is Ozuna Famous For?

An accomplished reggaeton artist, Ozuna has released numerous hits over the years, some of which included Tu Foto, Si No Te Quiere, and No Quiere Enamorarse.

Where Does Ozuna Live now? Photos of Ozuna’s House

At this time, we do not have any information on Ozuna’s location.

What Kind of Car Does Ozuna Drive?

Information on Ozuna’s vehicle is unavailable at this time.

How Much Money Did Ozuna Earn Last Year?

At this time, we do not have any information on Ozuna’s 2017 earnings.

In support of the album, they also embarked on his first concert tour, which kicked off in Atlanta, Georgia on May 26, 2017.

If you’d like to follow the Puerto Rican star on social media, you’ll be happy to know that Ozuna is active on a few sites including Twitter at @Ozuna_Pr and Instagram at @Ozunapr. On Facebook, he also has an official page at @ozunapr.