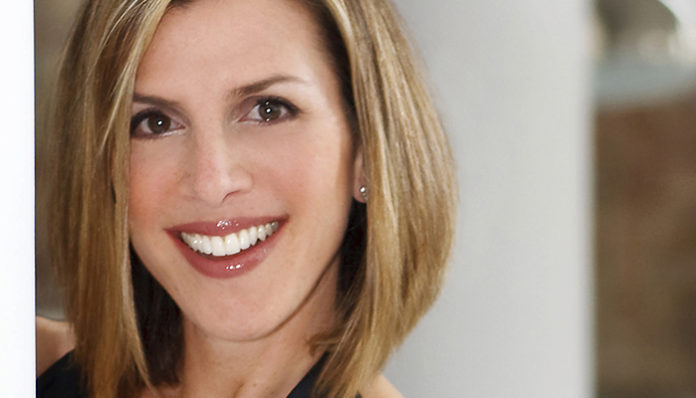 A TV personality, Jennifer Gilbert garnered fame on the television series, The Real Housewives of New York City. Introduced as a ‘friend’ in 2010, she was featured as a supporting character alongside the show’s stars, Luann de Lesseps, Jill Zarin, Sonja Morgan, and Ramona Singer, among others. Ultimately, she has not returned to the show since her departure at the end of season three.

In fact, the blonde has not made any major television appearances since (though she did briefly appear in the TV documentary, Marie in 2012). Instead, she has been busy with her New York-based special events company, Save the Date, which she had founded in 1994. Incredibly successful, they have worked with many big-name clients including Oprah Winfrey and Bill Gates.

As if that wasn’t impressive enough, Gilbert is also the co-owner of a baby carrier company called Portamee. In 2012, she even authored a book titled, I Never Promised You a Goodie Bag, in which she discusses how her life has changed following the nearly lethal attack on her in 1991.

A successful entrepreneur, it’s obvious that Gilbert has many things going for her at this point in her life. Considering all that, how wealthy is she? How much has she banked over the years? According to sources, Jennifer Gilbert currently has an estimated net worth of $18 million. Where did she earn the majority of her wealth from? How much was she paid for her appearances on the Bravo series? Let’s take a look at some of these answers below.

How did Jennifer Gilbert Make Her Money & Wealth?

Born on December 24, 1968, in New York, Jennifer Gilbert went to the University of Vermont after completing high school, from which she obtained her Bachelor of Science in Marketing in 1990. Following that, she relocated to New York City in attempts to land herself a job in the business industry.

As it happened, however, tragedy eventually struck a year later. In 1991, Gilbert fell victim to a brutal attack outside of her friend’s NYC apartment, in which she was stabbed a horrifying 37 times with a screwdriver. Left for dead, she was quickly transported to the hospital, where she underwent immediate surgery. At one point, she was sure that she was going to die during the ambulance ride.

According to reports, the attack had left her with seven holes in her scalp, an ear injury, as well as a neck that was bleeding profusely. Fortunately, however, her doctors were able to save her; and after many months of rehabilitation, she managed to fly recover from the ordeal.

After recovering from the ordeal, she launched a career as an event planner; in 1994, she started her own New York-based event planning company called Save the Date. Incredibly successful, they have worked with numerous Fortune 500 companies as well as big-name clients such as Oprah Winfrey, and Bill Gates. In 1998, her efforts had earned her the title of “Entrepreneur of the Year” by Ernst & Young, one of the “Big Four” firms.

Many years later in 2010, she made her television debut in Bravo’s popular reality series, The Real Housewives of NYC. The second installment of the franchise, it starred several housewives in the New York area including Bethenny Frankel, Luann de Lesseps, Ramona Singer, and Jill Zarin, among a few others.

Introduced as a friend of the housewives, Gilbert made her appearance in the third season which premiered in March 2010 (More specifically, she had been introduced as Jill Zarin’s event planner). In total, she appeared in three episodes before making her departure at the end of the season.

How much was she paid for her appearances? Unfortunately, said information has not been disclosed- especially since she’d only appeared as a guest. With that said, it’s probably fair to assume that her salary was nowhere near as high as those of the show’s main housewives.

Since then, what else has she been up to? An entrepreneur, she is also the co-owner of Portamee, a New York City-based baby carrier company. On top of that, she’s also authored a book titled, I Never Promised You a Goodie Bag, which was released in 2012. Met with positive reviews, it revolved around the changes in her life following her attack in 1991.

Jennifer Gilbert has been married to her husband, Bennett Egeth, a Wall Street Executive, since 2001. According to sources, the two originally met in 1994.

Does Jennifer Gilbert Have Any Children?

Jennifer Gilbert has three children with her husband, a daughter and twin boys.

Did Jennifer Gilbert Go to College?

Yes, she did. After completing her secondary education, she went to the University of Vermont, from which she received a Bachelor of Science in Consumer Marketing in 1990.

What is Jennifer Gilbert Famous For?

Jennifer Gilbert came to the public’s attention after appearing in season three of Bravo’s The Real Housewives of New York City. A successful entrepreneur, she has her own special events company called, Save the Date, which was featured on the show.

What Kind of Car Does Jennifer Gilbert Drive?

We do not have any information on Jennifer Gilbert’s car.

How Much Money Did Jennifer Gilbert Earn Last Year?

At this time, it’s unclear how much Jennifer Gilbert earned in 2017.

As you probably already know, Jennifer Gilbert hasn’t appeared on television since the early 2010’s (the biggest highlight has been her guest appearance in The Real Housewives of New York City).

In fact, shortly after her exit from RHONY, it was revealed that her young son had been diagnosed with autoimmune disease alopecia, a condition that has proved to be upsetting and traumatizing for the family.

In terms of other ventures, however, she is probably busy managing her special events company, Save the Date as well as her baby carrier company, Portamee.

Perhaps you’d like to stay in touch with the former RHONY star? You can find Jennifer Gilbert on Twitter at @JenGilbertNYC or on Instagram at @jengilbertnyc.