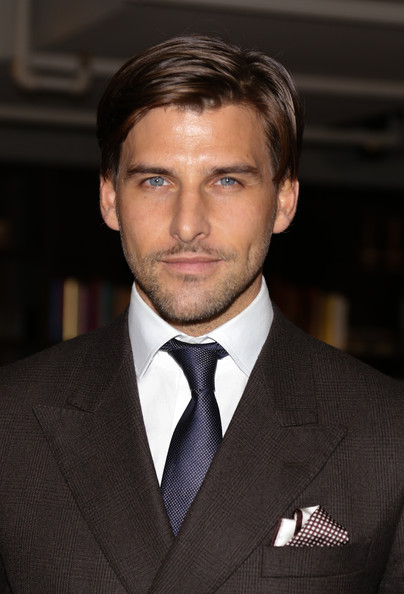 Some celebrities enjoy widespread fame all their lives, but German model Johannes Huebl did not become the subject of widespread media coverage after marrying actress and socialite Olivia Palermo. Prior to marrying Olivia Palermo, Huebl had already built up an impressive resume as a model, photographer, and fashion designer. He even became the official “face” of famous German Fashion house Hugo Boss and is also a member of the Mr. Porter Style Council, one of the most popular fashion retailers in the world.

Johannes Huebl first began fashion modeling while he was in college and has appeared in publications for practically every brand under the sun. Even before college, he was a child model in various publications. While traveling the world modeling for brands like Ralph Lauren, Hugo Boss, Donna Karen, Montblanc, Nivea, Hogan’s, and Banana Republic. Huebl’s personal sense of style has elevated him above many other models, landing him appearances in notable fashion publications including GQ, Vanity Fair, Marie Claire, Vogue, Elle, and Harper’s Bazaar.

Like his wife, Johannes Huebl is also a style icon who inspires fashion lovers all over the world. He has a powerful social media presence as a result, which has helped further his career. His relationship with Olivia Palermo has also further propelled him to stardom on and off the web. Social media has allowed people like Huebl to brand themselves and bring in more money than ever before.

How Did Johannes Huebl Earn his Money and Wealth?

Johannes Huebl was born on December 23rd, 1977 in Hannover, Germany. He is the third son of parents Lothar and Ella Huebl. He his began modeling career as a child, appearing in advertisements and various publications both for clothing and everyday products. However, Huebl did not become a full-time model until he began his university studies. Before going to college, he also attended a boarding school in England.

While studying economics at the University of Hamburg, Johannes Huebl modeled paid his bills by modeling on the side. He also studied cultural science and history at the University of Lueneburg. Huebl’s cultural science course focused on film and photography, a lifelong passion of his. While attending the university, he was scouted by a modeling agency.

After being signed to the agency, Johannes Huebl embarked on a fashion career that led him all over the world. For over a decade, the German model lived in posh cities such Paris, Milan, Tokyo, and New York City. Huebl honed his photography skills during this time and also learned how to become a skilled tailor from some of fashion’s greatest.

Instead of relying on stylists, Johannes Huebl also learned how to style himself off out the runways and studios. This helped him build a powerful social media presence, leading to even more career opportunities. He also began to work as a fashion photographer, taking nearly as many photos as he modeled in. In 2013, Huebl was invited to join the style council of luxury men’s fashion store Mr. Porter. The next year, he also collaborated with Italian brand Scarosso on a line of casual and formal footwear.