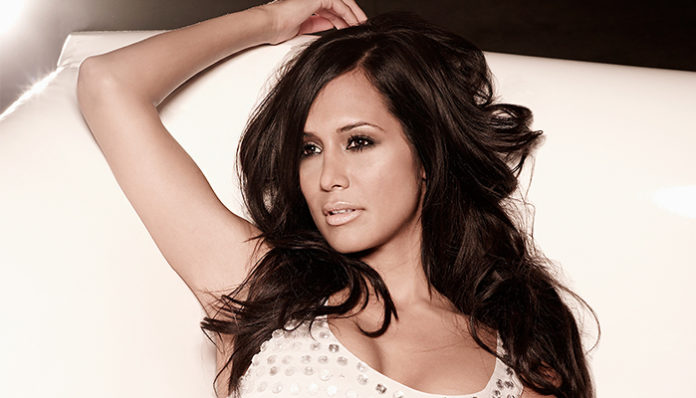 A television personality, she rose to fame as one of the main stars on Bravo’s popular franchise, The Real Housewives of Orange County. One of the original housewives, she starred on the show for two years, prior to returning as a guest in the third season. Some of her fellow costars included Jeana Keough, Vicki Gunvalson, Kimberly Bryant and Lauri Peterson, and a few others.

An aspiring singer, she ultimately decided to leave the show after landing a recording contract with Immergent Records. A pop musician, she has since released her debut album, Unscripted in 2007, which garnered praise from fans. Not only that, but she had also scored her own spin-off series on Bravo titled, Date My Ex: Jo and Slade, which as its title implies, centered on her dating life.

How much has the TV personality managed to bank over the years? How rich is she? According to sources, she has an approximate net worth of $100,000 as of 2018. What are some of the brunette’s greatest sources of income? How much was she paid for her appearances on RHOC? We’ll be trying to answer these questions below.

How did she Make Her Money & Wealth?

Born on September 9, 1979, in Peru, she moved to Mission Viejo, California with her family in her teens, after her parents won the lottery. Unfortunately, not much else is known about her early life at this time.

In the mid-2000’s, she was cast in Bravo’s newest reality TV series. The first installment of the franchise, it centered around the lives of several women residing in the Orange County area in California. One of the original housewives, Rosa made her debut on the show in the series premiere, alongside Jeana Keough, Kimberly Bryant, Lauri Peterson, and Vicki Gunvalson.

Ultimately, she stayed on the show for two seasons, prior to making her departure in 2007 (though she’d later return for a few guest appearances in seasons three and four). Unfortunately, it’s unclear as to how much she was paid for her appearances on RHOC at this time. According to sources, the reality star had opted not to participate in season three, as she had landed her own spin-off series on Bravo called, Date My Ex. Jo and Slade.

Premiered in 2008, the series centered around Rosa’s dating life, as she enlists the help of her friends, including former finance, Slade Smiley. A dating competition, the show featured three different contestants in each episode, all of whom compete for her heart. Following an eight-episode run, it concluded on September 8, 2008.

Aside from her career on reality television, Rosa has also acted on a few occasions. For instance, she had made her acting debut in the TV film, Squeegees in 2008. From there, she also appeared in the movies, The Penthouse, and Changing Hands. At this time, it’s unclear whether or not she will be returning to the screen in the future.

As far as we know, the reality star is currently single. In fact, she had starred in her own dating show a few years back!

Previously, she had been engaged to Slade Smiley.

Does She Have Any Children?

As far as we know, Jo De La Rosa does not have any children.

Yes, she went to college. As a student, she went to the University of California at Irvine, from which she obtained a Bachelor of Arts in Comparative Literature and English.

What is She Famous For?

She rose to fame as one of the main cast members on The Real Housewives of Orange County.

Where Does Jo De La Rosa Live now? Photos of her House

Currently, she resides in Los Angeles, California, where she is pursuing a music career.

What Kind of Car Does Jo De La Rosa Drive?

We do not have any information on De La Rosa’s car.

As much as we’d like to know, information on her 2017 salary is unavailable at this time.

As far as we can tell, she is currently working hard on pursuing her career as a recording artist.