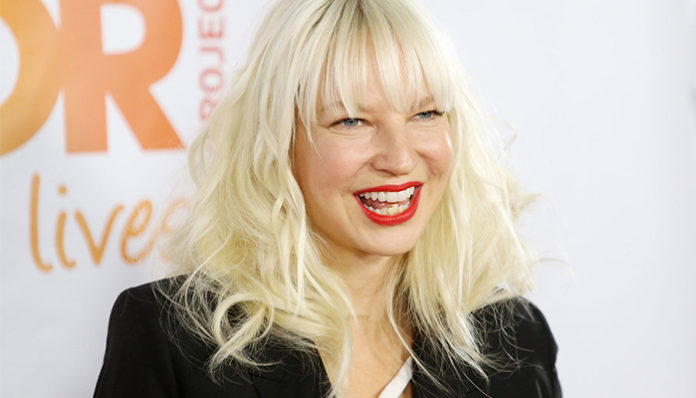 Singer-songwriter, Sia began her music career in the mid-90’s as a member of the jazz band, Crisp. Following their disbandment, she made her solo debut in 1997, with the studio album, OnlySee. From there, she released a handful of records including, Healing is Difficult, Colour the Small One and Some People Have Real Problems, before reaching a breakthrough with her 2014 album, 1000 Forms of Fear.

A huge improvement over her previous endeavors, it reached number one in many countries including her native Australia, and the United States. Some highlights from the said album include Chandelier, Big Girls Cry, and Elastic Heart, all of which went viral upon its release. Since then, Sia has dropped two additional projects, This is Acting, and Everyday is Christmas, the latter of which was released last fall.

With the success that she’s grasped, is it far-fetched to say that she’s enjoying herself a lavish lifestyle? How rich is the award-winning artist? According to various online sources, Sia has an estimated net worth of $20 million as of 2018. From what did she obtain such a significant amount of wealth from? What are some of her biggest sources of income? Let’s take a look, shall we?

How did Sia’s Make Her Money & Wealth?

Born on December 18, 1975, in Adelaide, South Australia, Sia has enjoyed music ever since she was a child. Launching her career in the mid-90’s as a member of a local jazz band, it wasn’t until 1997 that she made her solo debut with the album, OnlySee.

Over the next few years, her resume only grew as she released the albums, Healing is Difficult, Colour the Small One, Some People Have Real Problems, and We Are Born. While most of them had charted in her native Australia, it wasn’t until the mid-2010’s that she rose to international with her 2014 album,1000 Forms of Fear. Her first number one hit, it gave rise to two of her most popular songs, Chandelier, and Elastic Heart, both of which went multi-platinum in Australia and the U.S. (among other countries).

Since then, Sia has released two more studio albums, This is Acting in 2016, and Everyday is Christmas in 2017.

Aside from what she’s earned from the above records, she also yields a considerable amount from putting on a concert tour. In fact, she had just recently finished her Nostalgic for the Present Tour in December 2017, which had kicked off back in September 2016. In the past, she had also gone on the road for her We Meaning You Tour (2010), and the Live from Sydney Tour (2009).

Over the years, Sia has also contributed to numerous film soundtracks including those for The Twilight Saga, The Hunger Games, Fifty Shades of Grey, Zootopia, Finding Dory, Star Trek Beyond, and Peter Rabbit, to name a few.

On television, the singer has also been featured as a musical guest in numerous talk shows such as Saturday Night Live, The Late Late Show with James Corden, Jimmy Kimmel Live, The Graham Norton Show, Chelsea Late, and Access Hollywood.

As far as we know, she is currently single. Up until 2016, she was married to a filmmaker, Erik Anders Lang.

Does Sia Have Any Children?

Sia does not have any children that we know of

Did Sia Go to College?

As far as we can tell, she has not gone to college. Instead, she had sought out to pursue a music career following high school

What is Sia Famous For?

Where Does Sia Live now? Photos of Sia’s House

At this time, we do not have any information on Sia’s whereabouts, nor do we have any photos of her home to share.

What Kind of Car Does Sia Drive?

Information on Sia’s vehicle is unavailable at this time.

How Much Money Did Sia Earn Last Year?

At this time, we do not have any information on Sia’s 2017 earnings.

As mentioned earlier, she had released her eighth studio album, Everyday is Christmas, on May 17, 2017. In addition to that, she had also been busy on the road for her Nostalgic for the Present Tour.

Some of the films that she was involved with in 2017 include Fifty Shades Darker, My Little Pony: The Movie, and Wonder Woman.