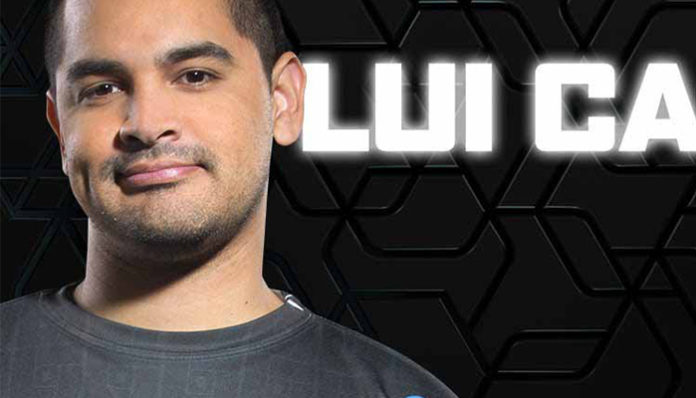 A Youtube star, Lui Calibre is best known for his self-titled channel, on which he currently has over 5 million followers. Launched in 2009, his initial videos consisted of Halo, and Red Dead Redemption, though he has since gone on to include other popular game titles such as Grand Theft Auto, and Mortal Combat, to name a few. On top of that, he also posts other content such as vlogs, and pranks, all of which have proved to be a hit among views.

Incredibly popular, Lui has received over 544 million views across his videos to date (which isn’t too surprising considering his wide audience). While he has played numerous game over the years, his most popular uploads remain to be those of GTA 5, with millions and millions of views each. If anything, his fan base has only continued to grow over the past year.

How rich is the Youtube gamer? How much does he earn from said videos? According to sources, Lui Calibre currently has an estimated net worth of $1.8 million. Where did this fortune of his come from? What are his greatest sources of income? Let’s take a look below.

How did Lui Calibre’s Make His Money & Wealth?

Born on July 4, 1984, Lui Calibre was born and raised in California. Unfortunately, not much has been revealed about the Youtuber’s early life at this point.

In early 2009, he joined Youtube with his own self-titled channel, Luis Calibre. With that said, it wasn’t until the following summer that he published his first video, Red Dead Redemption: Easy and Fast XP. An avid gamer, he had decided to upload game plays on titles such as Halo, and The Legend of Zelda.

Since then, Luis’ channel has grown at an alarming rate- as of 2018, he already has himself over 5 million subscribers on the site! Though he initially focused on Halo and Red Dead Redemption, he has since played several other games including Grand Theft Auto, which remains to be his most popular gameplay series to this day.

Now for the big question, how much has he earned from his Youtube videos so far? Surely, with the number of views that he receives, he’d earn a hefty sum from the site?

As mentioned above, he currently has 544.4 million views spread out across his channel. Given that these are all monetized views, Google would have paid him upwards of $5 per 1,000 ad views. Assuming this is true, he would have easily already earned over $1 million from his Youtube videos (prior to Youtube’s cut, that is)!

Aside from Youtube, the Internet celebrity can also be found on a few other platforms including Instagram, and Twitter, on which he has amassed well over one million followers combined. We’ve listed his accounts at the bottom of this page.

No, he is not married. The last that we heard, he was in a relationship with Twitch personality, Emily Rexz.

Does Luis Calibre Have Any Children?

No, as far as we know, he does not have any children.

Did Luis Calibre Go to College?

At this time, not much is known about his education history. For now, it’s assumed that Luis Calibre has not gone to college.

What is Luis Calibre Famous For?

Luis Calibre is best known for his Youtube channel, YourHeroes, to which he posts a variety of gameplay videos.

Going by what it says on his Twitter page, Lui Calibre currently resides in San Diego, California.

What Kind of Car Does Luis Calibre Drive?

Information on Luiz Calibre’s vehicle is unavailable at this time.

How Much Money Did Luis Calibre Earn Last Year?

At this time, we do not have any information on Luis Calibre’s 2017 earnings.

If you’d like to stay up-to-date with his latest video uploads, be sure to subscribe to his Youtube channel at @YourHeroes (with that said, it isn’t as active as he was before).

Want to follow him on other social media platforms? You can find him on Twitter at @LuiCalibre or on Instagram at @LuiiCalibre, on which he has over 2 million followers combined! Of course, you can also drop by his official Facebook page by clicking here.