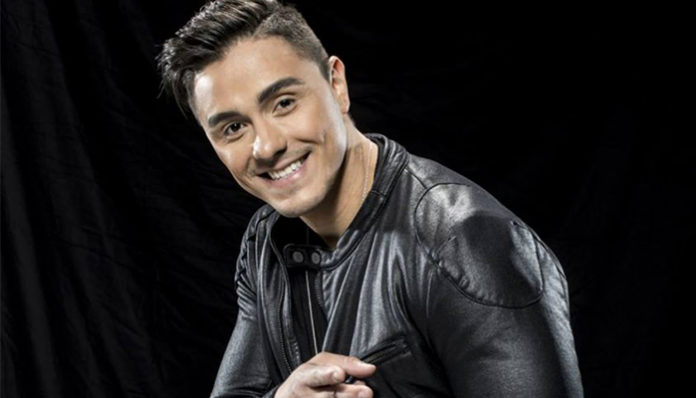 A Panamanian reggaeton singer, Joey Montana has churned out numerous hits over the years including Picky, Hola, and La Melodia. Originally a member of La Factoria, he contributed to many of their albums before going solo in the late 2000’s. Eventually signing to MMV Entertainment, he dropped his debut album, Sin Cadenas in 2007.

Since then, he has dropped three additional records through Capitol Latin- Flow Con Clase, Unico, and Picky Back to the Roots. Some of his most popular hits to date include Picky, Suena El Dembow, Hola, Love & Party, La Melodia, and Tus Ojos No Me Ven. As expected from a popular artist, Montana has also embarked on several concert tours since his debut.

How lucrative has his solo music career been over the past decade? How much has banked so far? How wealthy is he? According to sources, Joey Montana’s net worth stands at approximately $3 million as of 2018. What’s the breakdown of his earnings? How much of his current wealth comes from his record sales? Concert tours? Let’s take a look at some of this below.

How did Joey Montana Make Her Money & Wealth?

Born on May 3, 1982, in Boquete, Panama, Joey Montana launched his music career as a member of La Factoria in the early 2000’s. With bandmates Joyce and Demphra, he contributed to several of their albums including La Factoria, Has All, and Nuevas Metas. Ultimately, it wasn’t until the mid-2000’s that he decided to go solo.

In the fall of 2007, the singer issued his first studio album titled, Sin Cadenas. Released through MMV Entertainment, it spawned two singles, Si Te Vas, and Que Dios Te Castigue, both of which were collaborations with other artists.

Three years later, his popularity peaked with the release of his second album, Flow Con Clase. His first record with Capitol Latin, it reached as high as number 54 on the Billboard Top Latin Albums chart in the U.S; also noteworthy is the fact that it gave rise to his first charting singles, La Melodia, and Tus Ojos No Me Ven.

Later in 2014, he followed up with a third album titled, Unico. Unlike its predecessor, however, it had failed to reach the music charts in the U.S. Ultimately, it wasn’t until the release of Picky Back to the Roots in 2016, that Montana came back into the spotlight. Hugely successful, the album ended up spawning his highest-charting single to date, Picky, which peaked at number one in Mexico. Since then, it has also received platinum certification from the RIAA.

On Youtube, the singer’s music videos have been viewed over 1.5 billion times. Today, some of his most popular titles include Picky, Moribundo, Picky (Remix), and Unico. With the views that he’s accumulated, it’s probably safe to say that it yields him a decent amount of earnings.

In addition to all that, Montana has also, of course, embarked on several concert tours in the past. With each performance, he would also receive a hefty pay.

As far as we know, Joey Montana is currently single.

Does Joey Montana Have Any Children?

From what we can gather, Joey Montana does not have any children.

Did Joey Montana Go to College?

Unfrtortately, not much information is available on Joey Montana’s education history.

What is Joey Montana Famous For?

Joey Montana is perhaps best known for his 2015 hit, Picky, which peaked at number one in Mexico. Some of his other popular songs include Hola, La Melodia, and Love & Party.

Joey Montana currently resides in his hometown in Panama. Further details are unavailable at this time.

What Kind of Car Does Joey Montana Drive?

Information on Joey Montana’s vehicle is unavailable at this time.

How Much Money Did Joey Montana Earn Last Year?

Last year, he worked with Sebastian Yatra on the single, Suena El Dembow, which ended up peaking at number six in Spain. As far as other projects go, his most recent album, Picky Back to the Roots was released back in 2016.

At this time, it’s unclear what the reggaeton singer has in store for fans.

If you’re a fan, why not stay in touch with the singer via social media? You can find Joey Montana on Twitter at @JoeymontanaT or on Instagram at @JoeyMontanaOficial. While you’re at it, don’t forget to also check out his official Facebook page here.