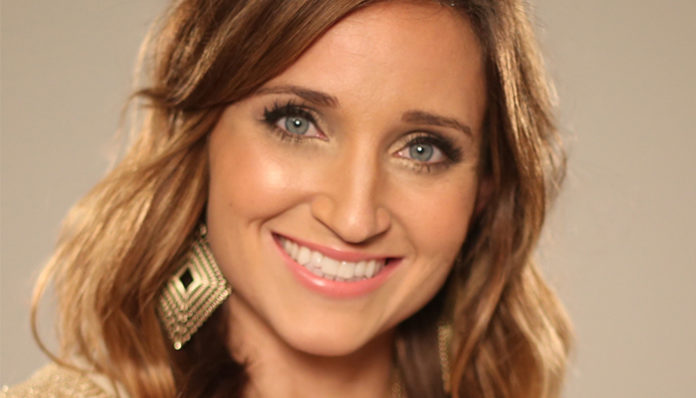 A mother of six, Mindy McKnight is best known for her Youtube channel, Cute Girls Hairstyles. As its name implies, she is noted for her quick and cute hair tutorials videos, all of which are extremely popular among viewers- especially parents of young children. Hailed as one of the Top 25 Women on Youtube, she has gained over 5 million subscribers on the site to date. In fact, she has also been featured a handful of times on television in the shows Good Morning America, TODAY, 20/20, and Katie, to name a few.

With the audience that she has, it wouldn’t be too surprising if she was to be able to make a decent living from Youtube. Afterall, it’s not uncommon for online celebrities to be able to rake in a significant amount of earnings from social media nowadays. With all that said, how successful is the hairstylist? According to various sites, Mindy McKnight’s net worth currently stands at around $3 million. How much of this was generated from her Youtube tutorials? Let’s take a closer look at her career below.

How did Mindy McKnight Make Her Money & Wealth?

Born on June 24, 1979, in Utah, Mindy McKnight initially decided to record hairstyles “in a blog format” after growing tired of having the same styles for her twin daughters in 2001. Thus, she created her Youtube channel, Cute Girls Hairstyles in October 2008.

Wanting to share her hairstyle ideas with the world, she soon began uploading easy-to-do hair tutorials to her channel. Some of her oldest videos include Messy Bun #1, Soccer French Braids, Twists Into Side Flop, Wrap Around Twist Side Ponytail, and The Waterfall Braid. Unsurprisingly, all of the said videos feature her daughters as models.

Known for her cute, yet easy to do tutorials, her contributions have earned her a significant reputation over the years. From 2008 until now, McKnight has gained over 5.4 million subscribers (and counting) on Youtube, with more than 1 billion views. As of 2018, some of her most-viewed uploads include Feather Waterfall & Ladder Braid Combo, The Waterfall Braid (DIY), and Ponytail Bow.

While she’s best known for her hairstyle tutorials, however, she has since expanded her channel to include other content such as vlogs, funny stories, and more.

Now for the big question that we’re all wondering about- how much has the mother of six earned from her Youtube channel? How lucrative has it been for her over the years? To answer this, it’s important to know that Google typically pays its partners $2 to $5 per 1,000 monetized views. Seeing as how she has over one billion combined views, it’s likely that she’s already made more than $2 million from her ventures, if not more.

Of course, as her channel continues to grow, it’s more than likely that her ad earnings will also go up. In fact, according to Socialblade, her subscriber count is currently increasing by a few hundred per day. In 2017 alone, her channel had gone from 4.9 million to over 5.4 million followers.

For several years, she has been married to her husband, Shaun.

Does Mindy McKnight Have Any Children?

Yes, she has four daughters with her husband, Rylan, Kamri, Bailey, Brooklyn, as well as two adopted children named Paisley and Daxton. Ultimately, it was her daughters that had inspired her to create the Youtube channel in the late 2000’s.

Did Mindy McKnight Go to College?

At this time, it’s unclear whether or not Mindy McKnight has attended college.

What is Mindy McKnight Famous For?

Mindy McKnight is best known for her Youtube channel, Cute Hair Styles, which has gained over 5 million subscribers since 2008.

Mindy McKnight and her family currently reside in Texas. Further details on their home are unavailable at this time.

What Kind of Car Does Mindy McKnight’s Drive?

Information on Mindy McKnight’s vehicle is unavailable at this time.

How Much Money Did Mindy McKnight Earn Last Year?

Over the past year, McKnight has diligently been updating her Youtube channel with new videos. If anything, this has only led her popularity to soar further. If you’re interested in learning some easy to do hairstyles, be sure to subscribe to her channel.

Why not support her by following her on Twitter? You can find her on the site at @CuteGirlHair. Alternatively, you can also follow her on Instagram at @CuteGirlsHairStyles. While you’re at it, don’t forget to also check out her Facebook page here.