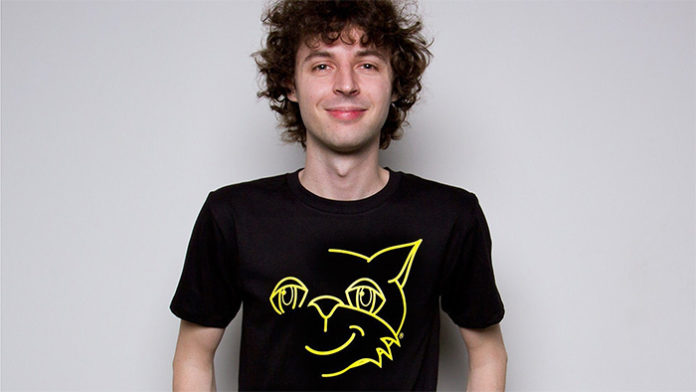 A popular Youtube personality, Joseph Garret is best known for his channel, StampyLonghead. Hailing from England, he originally uploaded Let’s Play videos for his own amusement in the mid-2000’s; it wasn’t until later on, that he decided to include other content to his channel. Today, his videos are generally aimed at children.

Since his rise to fame on the video platform, the twenty-something has also appeared in a few series. For instance, he has been starring in Wonder Quest, a children’s web series that he created, since 2015. Some of the other shows that he’s participated in include Diddy TV, Minecraft: Story Mode, and Gamer’s Guide to Pretty Much Everything.

With over 8.8 million subscribers, he is currently one of the most popular YouTubers from the U.K. Given his popularity, one has to wonder- how much does he make from his channel? From his other endeavors? According to various sites, Joseph Garrett’s current net worth is approximately $5 million. Where did most of this money come from? How much of it is from the ads generated on his Youtube videos? Let’s take a more detailed look below.

How did Joseph Garret Make His Money & Wealth?

Born on December 13, 1990, in Hampshire, England, Joseph Garrett initially aspired to be a games journalist, after studying video production at university. With that said, he eventually decided to jump on the Youtube bandwagon after noticing the popularity of Let’s Play videos; his channel, StampyLongHead was created in 2006.

Portraying himself as Stampy, an orange and white cat in his videos, he tells stories of various games, one of which includes Minecraft. As his channel rose to popularity, he eventually decided to quit his job as a barman to focus on producing videos on a full-time basis.

Geared toward children, his family-friendly content has since gained him a significant following. Aside from Minecraft, he has also played Super Mario Odyssey, Zelda: Breath of the Wind, Stardew Valley, and Kirby’s Dream Course, to name a few. As of 2018, he has amassed over 8.8 million subscribers on his channel, with more than 6.5 million views. Today, his most popular upload of all time, Minecraft Xbox – Sinking Feeling has been viewed over 55.2 million times.

How much does the popular gamer make from his channel? According to sources, he receives upwards of 2 million views on a daily basis; assuming that all of these include ads, he would easily earn ~$4,000 a day, which works out to be a little over $1.5 million a year. Given that his following continues to grow (and most likely, it will), his total earnings will only go up further with time.

In addition to his successful Youtube career, Garrett also has a few other things going for him; for example, he has released two books, Stampy’s Lovely Book, and Stampy Cat; Stick with Stampy in 2015 and 2016 respectively. On top of that, he has also been starring in his own web series, Wonder Quest, a collaboration with Disney Makers Studio, since 2015.

While he isn’t married, he has been in a relationship with Bethany Bates, a fellow YouTuber for many years.

Does Joseph Garrett Have Any Children?

As far as we know, Joseph Garrett does not have any children.

Did Joseph Garrett Go to College?

Yes, he did. Following high school, he went to a local university in Hampshire where he studied video production. From there, he began working as a barman.

What is Joseph Garrett  Famous For?

Joseph Garrett is best known for his Youtube channel, StampyLongHead, on which he uploads various gameplay videos.

Joseph Garrett currently resides in Hampshire, England. Further information on the YouTuber’s location is unavailable at this time.

What Kind of Car Does Joseph Garrett Drive?

Information on Joseph Garrett’s vehicle is unavailable at this time.

How Much Money Did Joseph Garrett Earn Last Year?

As mentioned earlier, he has been starring as Stampy in the web series, Wonder Quest since 2017. Aside from that, he has, of course, been updating his Youtube channel with new content. If his past success is any indication, his popularity will only continue to grow from here.

If you’re a fan, be sure to follow the gamer on social media! You can find Joseph Garrett on Twitter at @stampylongnose or on Instagram at @theofficialstampycat. Of course, there’s also his official Facebook page which you can visit by clicking here.