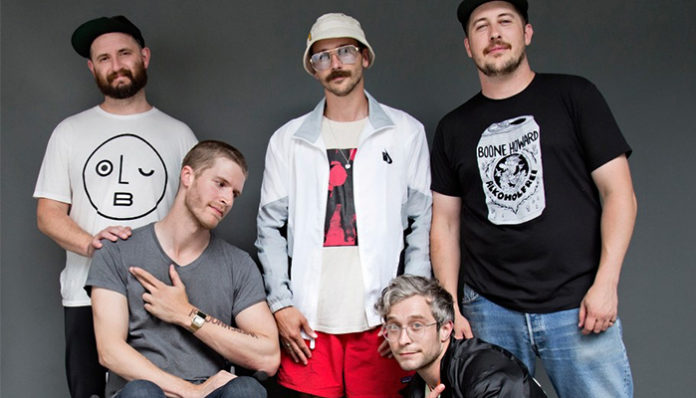 After signing with Atlanta, the group released their major label debut, In the Mountain in the Cloud in 2011. Prior to that, however, they already had a handful projects under their belt. As of 2018, Portugal. The Man have released eight studio albums, eleven singles, and four extended plays.

How successful is the band now? How lucrative has their music career been over the years? Unfortunately, information regarding their net worth is currently not available. With that said, let’s take a look at their achievements so far.

How did Portugal. The Man Make Their Money & Wealth?

Based in Wasilla, Alaska, Portugal. The Man was formed shortly after the disbandment of Anatomy of a Ghost in the early 2000’s. Their debut album, Waiter: You Vultures! was released in January 2006. At the time, the group’s line up consisted of John Gourley, Nick Klein, Zachary Carothers, Wesley Hubbard, and Harvey Tumble-son.

From there, the released their second project, Church Mouth in 2007. A slight improvement over their debut, it ended up charting at number 90 in Germany. Some highlights from the said album include Bellies Are Full, Sleeping Sleepers Sleep, Telling Tellers Tell Me, and Oh Lord.

Their major label debut titled, In the Mountain in the Cloud was subsequently released on July 19, 2011. Promoted by two singles, the album did incredibly well, with favorable reviews from music critics. Not only did it peak at number 42 on the Billboard Top 200 and reached number 11 on the Top Alternative Albums and number 12 on the Top Rock Albums charts.

Riding on the success, the group later followed up with Evil Friends in 2013. An even greater hit, the album reached as high as number 28 on the Billboard Top 200; elsewhere, it also charted in Germany, Switzerland, France, and Austria. Among its tracklist were the songs, Evil Friends, Purple, Yellow, Red and Blue, and Modern Jesus, two of which charted in the U.S.

Since then, they’ve dropped an eighth album, Woodstock on June 16, 2017. Comparable in terms of performance with its predecessor, it featured a few guest appearances from Son Little, Richie Havens, Fat Lip, and Zoe Manville. Well received, the project eventually gave rise to their best-selling single to date, Feel it Still, which has since gone platinum in the U.S., after peaking at the top of the multiple music charts.

As far as other things go, the group also performs concerts on a regular basis. In fact, they have several lined up for later this year- for more information, please visit their official website.

Are the Members of Portugal. The Man Married?

Do the Members of Portugal. The Man Have Any Children?

As far as we know, they do not have any children.

Did the Members of Portugal. The Man Go to College?

From what we know, they did not go to college; instead, they had opted to pursue a music career.

What is Portugal. The Man Famous For?

Portugal. The Man is perhaps best known for their 2017 hit, Feel It Still, which charted at number one in the U.S.

Where is Portugal. The Man Based?

Portugal. The Man is based in Wasilla, Alaska.

What Kind of Car Do the Members Drive?

Information on their vehicles is unavailable at this time.

How Much Money Did Portugal. The Man Earn Last Year?

As mentioned earlier, the rock band recently released the album, Woodstock on June 16, 2017. A big hit, it went on to spawn their most successful single to date, Feel It Still, which has since gone platinum in the U.S. with over a million sales.