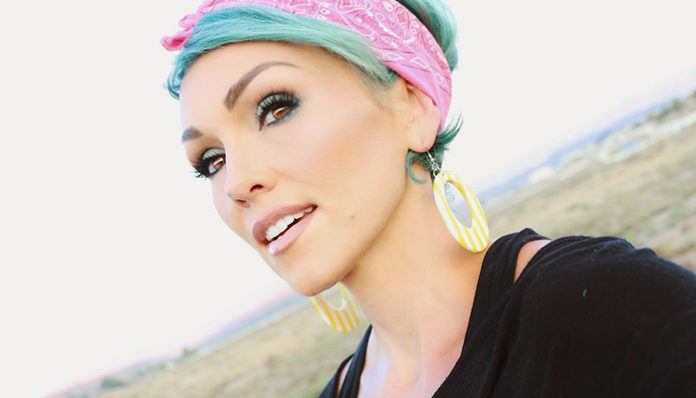 Hailing from Los Angeles, Kandee Johnson is best known for her make-up themed Youtube channel. A beauty school graduate, she has posted numerous tutorials on her account, including ones that showcase herself being transformed into Snow White, Kim Kardashian Miley Cyrus, and Edward Scissorhands, and more. In fact, she has also done makeup for several celebrities, including Conan O’Brien.

As of 2018, she has amassed over 3.9 million subscribers (and counting) on her Youtube channel. Though mostly known for her makeup transformation videos, she’s since also included other content such as beauty hacks, tutorials, as well as hair how-tos, all of which have proved to be incredibly successful. Extremely popular, she has received over 435 million views combined on her channel to date.

How lucrative is her Youtube career? How much does the makeup artist earn from posting videos to her channel? How well is she doing for herself? According to sources, Kandee Johnson currently has an estimated net worth of $3 million. Where did the bulk of her wealth come from? How much of it came directly from her makeup transformations and tutorials? Let’s try to answer some of these questions below.

How did Kandee Johnson’s Make His Money & Wealth?

Born on July 9, 1978, in Los Angeles, California, Kandee Johnson was raised with her younger sister, Tiffany. Unfortunately, not much else is known about her early life at this time.

Sometime after her high school graduation, she decided to study makeup and hair at a local beauty school. With time, however, she realized that her passion laid more with makeup than hair. Following the completion of her program, she landed her first professional make-up job on the set of VH1’s TV series, I Love the 80’s.

Her self-titled Youtube channel was eventually launched in 2009. A dedicated make-up artist, she has shared a number of transformation videos, including ones that feature her as Kim Kardashian, Snow White, Willie Robertson, Edward Scissorhands, and Miley Cyrus. Incredibly popular, they have garnered her a significant amount of followers over the past few years.

As of 2018, she has over 3.9 million followers with more than 435 million views. Currently, her most popular video, Glitterati Lip Tattoo & Lip Word Tattoo has generated over 38.4 million hits. Some of her other top uploads include Barbie Doll Makeup Transformation, The Skin Doctor, Angelina Jolie Makeup Transformation, and How to Contour Like a Contouring Artist.

With all the views that she receives, how much does she earn from her Youtube videos? On average, users are paid $2 to $5 per 1,000 ad views. As mentioned earlier, the makeup guru currently has 435 million views across her channel; assuming that these are all monetized views, she would have received anywhere from $348,000 to $870,000 so far.

Aside from her successful Youtube career, she has also appeared on television several times. For instance, she has been featured in Revenge Body with Khloe Kardashian, Unzipped with Lizzie Velasquez, Prank Academy, Skin Wars, The Comment Section, and Hollywood Today Live, to name a few. On top of that, she even had a small acting role in the recent TV series, Life in Pieces.

She has been married twice. Since 2015, she has been together with her second husband, Michael Castro.

Does Kandee Johnson Have Any Children?

She is the mother of four children, Jordan Johnson, Blake Johnson, Ellie Johnson, and Alani Johnson; she gave birth to her oldest son when she was just 18 years old.

Did Kandee Johnson Go to College?

After completing high school, she studied at a local beauty school where she learned how to do makeup.

What is Kandee Johnson Famous For?

Kandee Johnson is best known for her makeup tutorials and transformation videos on her self-titled Youtube channel.

Kandee Johnson currently resides in Los Angeles, California. Further information on her location is unavailable at this time.

What Kind of Car Does Kandee Johnson Drive?

We do not have any information on her vehicle at this time.

How Much Money Did Kandee Johnson Earn Last Year?

At this time, we do not have any information on the makeup guru’s 2017 salary.

Naturally, Kandee Johnson uploads new videos to her channel regularly. Don’t want to miss out on her latest uploads? Remember to subscribe to her account!

If you want to follow her on all social media platforms, you can find Kandee Johnson on Twitter at @kandeejohnson or on Instagram at @KandeeJohnson. As well, you can check out her official Facebook page here.