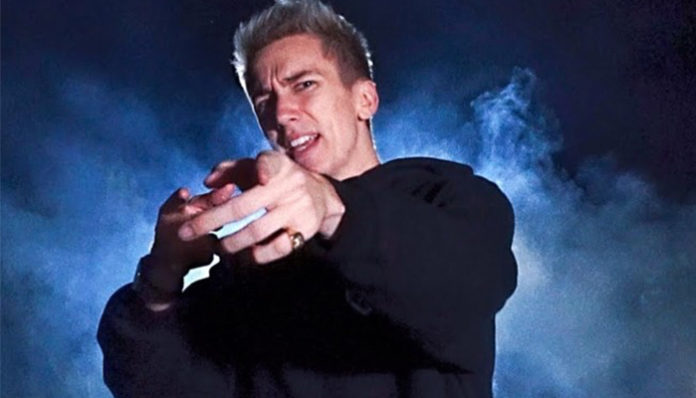 A Youtube celebrity, Miniminter is best known for his commentary on the FIFA games series. Hailing from England, he first joined the video platform in February 2008. From then until now, he has gained a significant following with over 6.7 million subscribers (and counting), making him one of the most popular English gamers on the site.

A few years into his Youtube career, the gamer also created a second channel under the name, mm7games. Though not as popular as his main account per se, it has been gaining followers at a steady rate over the past few years. On top of all that, he is also known for broadcasting live on the streaming service Twitch, on a regular basis; in fact, he is known for playing against a group of friends known by fans as the Ultimate Sidemen.

With the fan base that he has, surely he earns himself a decent dollar from his online ventures? How wealthy is the twenty-something? According to sources, Miniminter’s current net worth is around the $4 million mark. How much of this came from his gaming videos? Let’s find out below.

How did Miniminter’s Make His Money & Wealth?

Born on September 7, 1992, in England, Miniminter (Real Name: Simon Edward Minter) was brought up in Hempstead, Herefordshire. Other than the fact that he was raised with his brother Nick, not much is known about his early life at this time.

In 2008, he created his first Youtube channel as a platform for his gameplay videos. A big fan of FIFA, most of his early uploads consisted of commentary on the game. With time, he eventually gained himself a following on the site, most of whom were attracted by his FIFA content.

From then until now, he has amassed over 6.7 million subscribers with more than 2.1 billion views. Since his rise to fame, Miniminter has also started to include other videos in his channel including vlogs, interviews, challenges, and more. If anything, the variety of content has only caused his popularity to soar further in the recent years.

As of 2018, his most popular video, The Sidemen Helium Challenge has been viewed over 35 million times. Second on the list is the official MV for KSI’s Little Brother’s Deji Diss Track, with 33.1 million views. Some of his other top uploads include Insane Inflatable Obstacle Course, A New Kind of Football, and Football Power Challenge.

Now for the big question- how much does he make from his Youtube channel? How profitable are his videos? According to sources, Miniminter receives an average of 1.8 million views a day; doing the math, this works out to be ad earnings of ~$3,000 a day (e.g. approximately $1.2 million a year).

Of course, his ad revenue is likely to go up as his subscriber continues to grow with time.

According to statistics provided by Socialblade, he gains anywhere from 2,000 to 4,000+ new subscribers on a daily basis. Considering that kind of growth, a huge increase in income for the Youtube star is highly possible in the near future.

As far as we know, the FIFA enthusiast is not married. Despite much speculation by fans, he appears to be currently single.

Does Miniminter Have Any Children?

No, the Youtuber does not have any children.

Did Miniminter Go to College?

At this time, not much has been revealed about Miniminter’s education history- including whether or not he has gone to college.

What is Miniminter Famous For?

Miniminter is best known for his Youtube Channel, on which he rose to fame for his FIFA gameplay and commentary. To date, he has amassed over 6.7 million subscribers and counting.

Where Does Miniminter Live now? Photos of Miniminter’s House

As far as we can tell, Miniminter currently resides in England. Further information/photos of his location are unavailable at this time.

What Kind of Car Does Miniminter Drive?

We do not have any information on his vehicle at this time.

How Much Money Did Miniminter Earn Last Year?

It’s estimated that the Youtube personality earned upwards of $1.3 million in 2017, though this has not been confirmed.

Naturally, Miniminter has been busy with updating his Youtube channels on a regular basis. Don’t want to miss out on his latest videos? Be sure to subscribe to his page!

If you’d like to stay up-to-date with the gamer, why not follow him on social media? For instance, you can find Miniminter on Twitter at @Miniminter or on Instagram at @Miniminter. Of course, you can also visit his official Facebook page here.