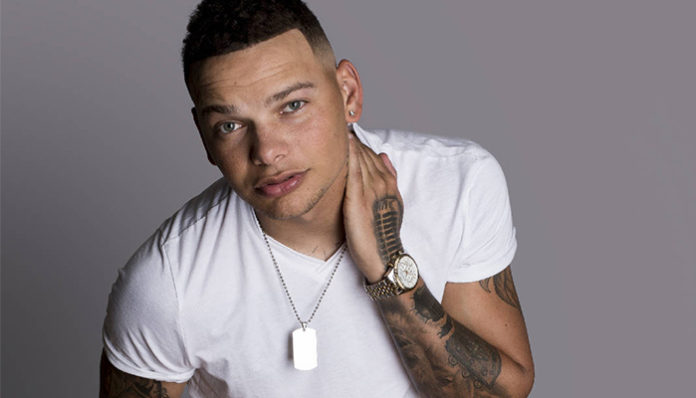 A country singer-songwriter, Kane Brown initially rose to fame on social media, where he had posted numerous cover songs. Within a year’s time, several of his videos had gone viral including his renditions of George Strait’s Check Yes or No and Lee Brice’s I Don’t Dance.

In 2014, the aspiring singer launched a Kickstarter, in hopes of raising enough funds to produce a six-song EP. Quickly meeting his goal with the support of fans, he eventually released the extended play, Closer in 2015, which was recorded in his home studio in Nashville. A decent hit, the record reached as high as number 40 on the Billboard Top 200 and number 7 on the Top Country Albums chart in the U.S. Motivated by its success, Brown eventually released a second EP titled, Chapter 1 in 2015, which quickly proved to be even more popular. For instance, the album went on to spawn the gold hit, Used to Love You Sober.

Since then, the twenty-something has released one addition noteworthy project- his self-titled album, Kane Brown. Made available in late 2016, it gave rise to nearly a dozen tracks including Ain’t No Stopping Us Now, Better Place, and Pull it Off. Not only did it reach the top of the US Country Albums chart, but the record has since also gone gold in the U.S. In addition to that, the album had produced his greatest single to date, What Ifs (Feat. Lauren Alaina).

Considering the strides that he’s made in the music industry so far, surely his work yields him a decent amount of earnings? How rich is the country singer? According to sources, Kane Brown currently has an estimated net worth of $2 million. Did he earn the majority of this figure from his records? What other sources of income does the artist have? Let’s take a look.

How did Kane Brown Make His Money & Wealth?

Born on October 12, 1993, in Chattanooga, Tennessee, Kane Brown was raised single-handedly by his mother, whom he moved around with frequently as a child. Growing up, he spent most of his free time listening to country music (though he did become interested in R&B for a brief period in middle school). With that said, it wasn’t until he performed Getting’ You Home by Chris Young during the 11th grade for the school talent show, that he decided to become a country singer.

By the time he was in his early twenties, Brown had already been posting his covers to the internet- more specifically onto social media. To his surprise, it wasn’t long until his homemade videos started to go viral online. Some of his most popular renditions at the time included I Don’t Dance by Lee Brice, and Check Yes or No by George Strait, both of which had received millions of views combined.

Wanting to produce an album, he eventually launched a Kickstarter in 2014, to raise funds for an EP. Said EP, Closer, was eventually released in the summer of 2015. Despite having been recorded in his home studio, the record proved to be a major success. Laced with six tracks, it debuted on the Top Country Albums chart at number 22, with over 3,200 copies sold during the first week. From there, it also reached number 40 on the Billboard Top 200.

His second project, Chapter 1 was released in March 2016. Distributed by RCA, the five-track album included the songs, Wide Open, Last Minute Last Night, Used to Love You Sober, There Goes My Everything and Excuses. A significant improvement from his debut effort, it sold 23,000 copies in the first week, having debuted at number 9 on the Billboard Top 200.  Perhaps most notable of all, however, is its gold-certified single, Used to Love You Sober.

Just a few months afterward, the singer released his long-awaited debut album, Kane Brown in December 2016. Preceded by two singles, it boasted eleven tracks, a handful of which went on to become number one hits. Centred around his childhood experiences, seven of the titles were co-written by Brown himself. One of the songs, What Ifs, were also a collaboration with one of his high school friends, Lauren Alaina.

Critically acclaimed, Kane Brown garnered positive reviews from many critics, including Laura Hostelley, who wrote for Sounds Like Nashville. On the music charts, the album also performed exceedingly well, having reached number 5 on the Billboard Top 200 and number 1 on the Top Country Albums Chart. As of November 2017, it has been certified gold by the RIAA for having sold over 250,000 copies across the U.S.

How much did Kane Brown make in sales of the above records? Unfortunately, this information is unavailable to us at this time. With that said, it was probably a sizeable amount, seeing as how a few had managed to receive RIAA accreditation.

In addition to what he earns from his albums and singles, Brown has another big source of income- concert tours. Last summer, he had opened for Florida Georgia Line’s 2016 Dig Your Roots Tour. From there, he went on to headline his own Ain’t No Stopping Us Now tour (presumably in support of his single of the same name).

But wait, that’s not all- over the past several months, the singer has also been busy putting on shows across the globe. In fact, as of December 2017, he has already traveled and performed at over 100 venues, from those in Los Angeles to the United Kingdom! Most recently, he held a concert at the Lamar Dixon Expo Centre, in Gonzales, L.A.

For those who are interested in seeing more of Brown, you’ll be happy to know that he’ll be embarking on yet another tour, the Losing Sleep 2018 World Tour, starting February 2018. According to his schedule, it will kick off on January 11, 2018, and continue until July 7, 2018 (tentatively). For those who may be interested in this event, be sure to grab your tickets!

What other moneymakers does he have? For one thing, there’s also his Youtube channels. Since its launch in 2013, his personal channel has already received over 11 million views, with more than 164,000 subscribers.  On top of that, there’s also his Vevo channel. As of 2017, said account has accumulated over 255 million views and more than 484,000 subscribers! With those kinds of numbers, he’s ought to earn some amount from ad revenue and the like.

Earlier this spring, the country singer announced that he had gotten engaged to his long-time girlfriend, Katelyn Jae during a Philadelphia concert. At this time, they have not yet revealed a wedding date- we’ll keep you posted.

Does Kane Brown Have Any Children?

No, Kane Brown has not gone to college.

Did Kane Brown Go to College?

As far as we can tell, Kane Brown has not gone to college. Instead, he had chosen to pursue a full-time music career.

What is Kane Brown Famous For?

Kane Brown is perhaps best known for his platinum hit, What Ifs (Feat. Lauren Alaina). Since his online debut in 2014, the singer has released multiple records including his most recent project, Kane Brown, which has gone gold in the U.S.

As of 2017, the country star resides in the Nashville, Tennessee area, with his fiancee, Katelyn Jae. Unfortunately, we do not have any further information on his location at this time.

What Kind of Car Does Kane Brown Drive?

We do not have any information on Kane Brown’s car.

How Much Money Did Kane Brown Earn Last Year?

At this time, it’s unclear how much Kane Brown had earned in 2017.

As mentioned earlier, the singer has spent most of 2017 traveling across the world for his concert tour. Perhaps because of that, he hasn’t released any new albums- his latest title is still that of his debut album, Kane Brown, which was released in December 2016.

With that said, he has released a few singles including What’s Mine is Yours, Found You, Setting the Night on Fire (With Chris Young), and Heaven.

Now that his 2017 tour has wrapped up, it looks like he’ll be taking a short break, before springing back to action for his Losing Sleep 2018 World Tour, which will kick of this upcoming January.