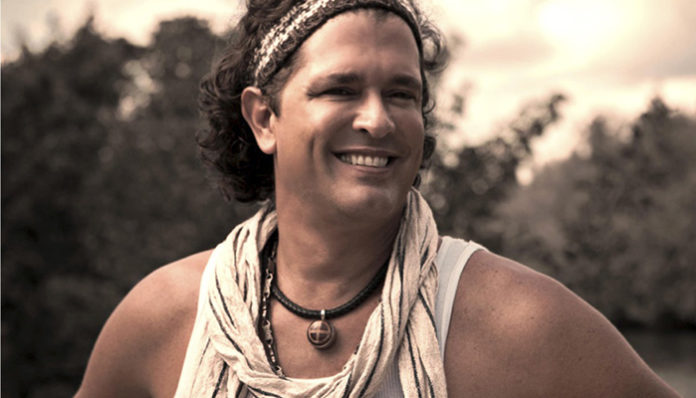 A Colombian singer-songwriter, Carlos Vives has released countless records since his debut in the late 70’s. A former actor, he appeared in a handful of television shows prior to releasing his first album, Por Fuera y Pro Dentro in 1986. With that said, it wasn’t until the early 90’s that he received widespread fame for his diamond-certified album, Clasicos de la Provincia. From there, he issued several notable hits over the next few years including La Tierra del Olvido, Tengo Fe, and El Amor de Mi Tierra.

Since then, the singer has dropped several albums including Dejame Entrar, Corazon Profundo, and Was + Corazon Profundo. In fact, he just recently came out with his latest record, Vives in November 2017. As one can probably expect from such an accomplished artist, Vives has garnered numerous accolades throughout his career including two Grammy Awards for Best Tropical Latin Album and Best Traditional Tropical Latin Album. On top of that, he’s also received nine Latin Grammy Awards, and five Premios Nuestra Tierra.

An accomplished musician, there’s no doubt that he’s made a name for himself in the industry. Incredibly popular in Latin America, he currently has millions of fans across the globe. With all that said, how wealthy is the Colombian singer? How much has he managed to bank over the past few decades? According to sources, Carlos Vives currently has an estimated net worth of $9 million. Where did the bulk of this $9 million come from? What other projects does he have? Let’s take a look at some of these questions below.

How did Carlos Vives Make His Money & Wealth?

Born on August 7, 1959, in Magdalena, Colombia, Carlos Lives spent many years of his youth in the city of Santa Marta, prior to moving to Bogota with his family in his early teens. Upon completing high school, he went to Jorge Tadeo Lozano University, where he eventually obtained a publicist degree. Ultimately, it was around that time that he first started to get involved with the local music scene- more specifically in the cafes and bars in the area.

Not long afterward, he ventured into the world of acting in the 1982 film, Tiempo Sin Huella. Still, it wasn’t until the mid-80’s that he found fame as the lead protagonist of the title, Gallito Ramirez.

Ultimately, he would continue with his acting career into the next decade; that is, until the mid-90’s. After one final appearance in the 1995 film, La Tele, it wasn’t until 2012 that he returned to the screen in La Vol Colombia.

Sure, he would have yielded a decent amount of earnings from his on-screen roles, but that’s not what he’s most known for. As you may probably already know, he is instead, more recognized for his music. A few years into his acting career, he had released his debut album, For Fur y Pro Dentro. While it had garnered him some degree of attention, it wasn’t until the early 90’s that he rose to fame with his diamond hit, Classics de la Provincia. The album responsible for his rise to fame, it gave rise to a few of his classic songs including La Got Fria.

Over the next few years, he continued to release new albums including La Tierra del Olvido, Tengo Fe, and El Amor de Mi Tierra, all of which went multi-platinum in his native Columbia. Some notable hits from said projects include Fruta Fresca, Tu Amor Eternal, 19 de November, and La Tierra del Olvido.

From then until now, Lives has dropped a handful of additional albums including Dejame Entrar, Corazon Profundo, and Was + Corazon Profundo, all of which were met with critical acclaim. Most recently, his thirteenth album titled, Vives was made available in November 2017. Though not as successful as some of his previous works per se, it did reach as high as number 57 in Spain.

An incredibly accomplished artist, Vives’ contributions to music has yielded him countless awards over the years. Not only is he a two-time Grammy Award winner, but he’s also received nine Latin Grammy Awards, five Premios Nuestra Tierras (a Colombian award that recognizes outstanding achievement in the music industry), and three World Music nominations.

How much has he earned from his music career altogether? Unfortunately, it’s hard to say. Considering his fame and popularity as a singer, however, it wouldn’t be surprising if a good portion of his current wealth stems from his records.

In addition to his records, however, the singer obviously has other sources of income, for instance, concert tours. With the fame that he has, it goes without saying that he’d earn a pretty penny for putting on shows and performances. In fact, looking at his schedule now, it would appear that Vives has recently just finished another tour (the last performance has been in his native Colombia on November 25th, 2017).

For those who may be interested, Vives has a few upcoming shows planned for the next year- albeit in Mexico. If you’re interested, please visit his official website for more details.

On top of everything that we’ve already mentioned, he also has a successful channel on Youtube, on which he currently has close to three million subscribers. As you probably already know, it’s not uncommon for celebrities to earn a hefty amount from the site, via ads. At the time of this writing, Vives’ most popular upload, the official audio for La Biciecleta (with Shakira) has been viewed over one billion times! One can only imagine how much he’s pocketed from that one video alone.

Currently, the singer is married to Claudia Elena Vasquez, a former Miss Columbia.

Previously, he had been married to Margarita Rosa de Francisco, a famous Colombian actress. Unsurprisingly, their relationship was followed closely by the media for many years.

Does Carlos Vives Have Any Children?

Carlos Lives has two children with his current wife, Pedro and Elena Vives.

Did Carlos Vives Go to College?

Yes, he did. After completing high school, he went to Jorge Tadeo Lozano University in Bogata, where he eventually received a publicist degree.

What is Carlos Vives Famous For?

Being a Columbian singer, Carlos Lives is best known for the music that he’s released over the years. In particular, some of his most popular albums include El Amor de Mi Tierra, Tengo Fe, Dejame Entrar, and La Tierra del Olvido, all of which have charted on the music charts.

Currently, the Colombian singer splits his time between Miami and his native country of Columbia (mainly Bogata and Santa Marta). Unfortunately, we do not have any pictures of Vives’ house to share at this time.

What Kind of Car Does Carlos Vives Drive?

We do not have any information on Carlos Vives’ car.

How Much Money Did Carlos Vives Earn Last Year?

At this time, it’s unclear how much Carlos Vives had earned in 2017.

As mentioned earlier, he recently released his latest album, Vives on November 10, 2017. A decent hit, it reached number 57 in Spain, number 5 on the US Top Latin Albums chart, and number 2 on the US Tropical Albums chart.

What else has he been up to in 2017? Looking at his IMDb page, it would appear that he’s also been featured on the television shows More, Todos a la Mesa, El hormiguero, Malta Moda, and Mucho Gusto.

If you’d like to stay in touch with the Columbian artist, why not follow him on social media? If you’re a fan, you’ll be glad to know that you can find Carlos Vives on a few platforms including Twitter at @carlosvives and Instagram at @carlosvives.