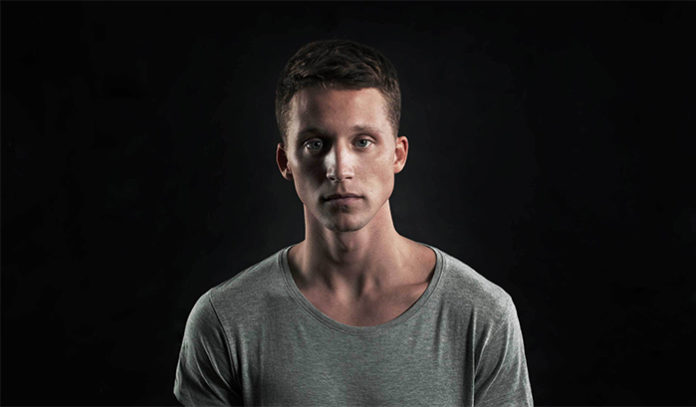 An award-winning rapper, NF has been making music since his teens. With that said, it wasn’t until the early 2010’s that he started to take his hobby more seriously. Putting many hours into the studio, he released his debut album, Moments in the fall of 2010, under the name Nathan Feuerstein. From there, he came out with his second title, Mansion in 2015, which became his first top chart on the Billboard Top 200.

Since then, NF has dropped several additional hits including Let You Down, which went gold in the U.S. Some of his other popular singles include Warm Up, Outro, Green Lights, I Just Wanna Know, and Real. Last October, he also released his fourth studio album, Perception through Capitol Records. His most successful project to date, it soared to number one on the Billboard 200.

Often compared to that of Machine Gun Kelly, Eminem, and Logic, NF’s popularity has only continued to soar over the past few months. For instance, he’s already amassed over 72,000 followers on Soundcloud.

With all that said, how wealthy is the rapper? How much has he earned from said records? According to sources, NF currently has an estimated net worth of $300,000. Aside from his albums and singles, what other sources of income does he have? Let’s take a look below.

How did NF Make His Money & Wealth?

Born on March 30, 1991, in Gladwin, Michigan, NF was raised primarily by his father following his parent’s divorce. As a teen, he went to Gladwin High School, where he was an active member of the basketball team. Ultimately, it was around that same time that he first started to get into music and hip-hop.

After a few years of experimentation, the aspiring artist released his debut album, Moments in November 2010. Still, it wasn’t until the release of his second project, Mansion in 2015, that he started to garner more attention in the hip-hop scene. A vast improvement over his debut, his second album successfully reached number 62 on the Billboard Top 200, not long after its release.

Since then, NF has dropped two additional albums, Therapy Session and Perception, the latter of which became his first number one hit on the Billboard 200. Not only is the title his most successful record to date, but it also gave rise to the gold single, Let You Down.

Obviously, he would have yielded a decent amount of income from the above records. With that said, NF has several other streams of revenue including concert tours. For instance, he has put on over 40 performances in 2017 alone (the last of which took place in London, UK)! For those who are interested, he will be launching a new tour in 2018; details on the dates and venues are available on his official website.

Currently, the rapper is in a relationship with Bridgette Doremus. As far as we know, the couple is not married.

Does NF Have Any Children?

As far as we know, NF does not have any children

Did NF Go to College?

From what we can tell, NF launched his music career right out of high school. As a result, he has not attended college.

Where Does NF Live now? Photos of NF’s House

The rapper currently resides in Michigan. Unfortunately, that’s all the information that we have on his residence at this time.

What Kind of Car Does NF Drive?

We do not have any information on NF’s car.

How Much Money Did NF Earn Last Year?

This fall, NF released his fourth album, Perception, which rose to the top of the Billboard Top 200. Incredibly successful, it gave rise to numerous hits including You’re Special, If You Want Love, Remember This, One Hundred, 10 Feet Down and Let You Down, the last of which has since gone gold in the U.S. In terms of other music releases, he was also featured in Futuristic’s track, Epiphany, which was released earlier in 2017.

What else has the rapper been up to in 2017? As mentioned earlier, he’d also been busy traveling and performing for his concert tour, which ran for the past several months. In fact, things will be picking up once again in early 2018.

If you’d like to stay in touch with the rapper, why not follow him on social media? You can find NF on a few sites including Twitter at @nfrealmusic, Instagram at @nfrealmusic, and Soundcloud at @nfrealmusic. On top of all of that, you can also check out his official Facebook page here.