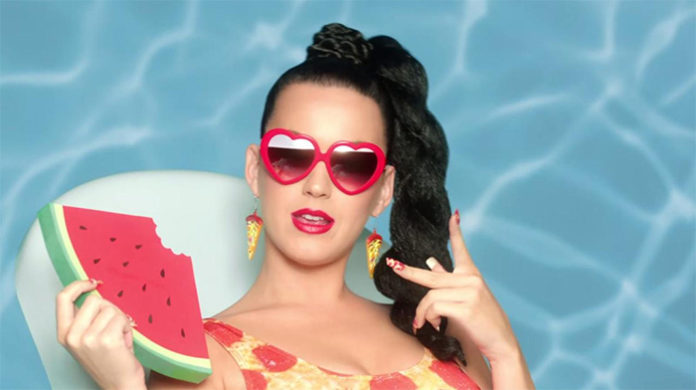 One of the best-selling music artists of all time, Katy Perry came to widespread attention with the release of her breakthrough album, One of the Boys in 2008. An aspiring singer ever since she was a young girl, she eventually signed with Red Hill Records, through which she released her debut album, Katy Hudson in 2001. With that said, it wasn’t until several years later in 2008, that she received widespread attention for her hit songs, I Kissed a Girl and Hot n Cold.

Since then, the singer has issued three additional albums, Teenage Dream, Prism, and Witness, all of which topped the US music charts. Some notable highlights from said projects include California Girls, Teenage Dream, E.T., Firework, Part of Me, and Roar. As of 2018, Perry has sold over 100 million records across the globe, making her one of the most successful music artists of all time.

With all that she’s accomplished over the years, it’s not surprising to know that she’s a multi-millionaire. More specifically, it’s estimated that Katy Perry currently has a net worth of $210 million. Obviously, the majority of this comes from her success as a recording artist, but what other projects have she been involved with? Let’s take a look below.

How did Katy Perry’s Make Her Money & Wealth?

Born on October 25, 1984, in Santa Barbara, Katy Perry initially launched her music career as a gospel singer. Not long after studying at the Music Academy of the West, she landed a recording deal with Red Hill Records in 1999. From there, she eventually released her debut album, Katy Hudson in 2001.

Several years later, she reached a breakthrough with her second album, One of the Boys. Responsible for the hits, I Kissed a Girl, Hot n Cold, and Waking Up in Vegas, it took the pop scene by storm, with over 1.7 million sales in the U.S. alone. By the end of the year, the record had earned Perry two Grammy Award nominations.

Since then, the pop star has followed up with three albums, Teenage Dream, Prism, and Witness, two of which went multi-platinum in the U.S. Nothing short of huge successes, over 10 million copies have been sold globally to date. With those kinds of numbers, one can only imagine how much she pocketed from said records.

As one of the most successful singers of all time, it’s not surprising that she’s also embarked on a number of tours. For instance, she had gone on her Hello Katy Tour in 2009, California Dreams Tour in 2011, and Prismatic World Tour in 2014. Since last year, she has also been on the road for her Witness: The Tour event, which will be continuing until August 2018. One of the highest-grossing tours of 2017, it’s said to have brought in $28.1 million to date.

On top of all that we’ve mentioned above, she has also participated in numerous films over the years. In fact, she even starred in her own autobiographical film, Katy Perry: Part of Me in 2012, which proved to be a big box office success. Some of the other titles that she’s been involved with include Brand: A Second Coming, Zoolander 2, and Jeremy Scott: The People’s Designer, to name a few.

As far as we know, the singer is currently single. In the past, she was married to English comedian Russell Brand, for two years.

Does Katy Perry Have Any Children?

No, she does not have any children

Did Katy Perry Go to College?

As far as we know, she did not go to college.

What Kind of Car Does Katy Perry Drive?

The last that we checked, she owned a Pink Smart Car, and an Audi A5.

How Much Money Did Katy Perry Earn Last Year?

At this time, we do not have any information on Katy Perry’s 2017 earnings.

As mentioned earlier, she recently released her latest album, Witness, on June 9, 2017. Though not as successful as her previous works per se, it has still garnered a huge amount of praise from fans. In support of the project, she has also been busy with her Witness: The Tour, which kicked off in September 2017. According to her official website, it will be continuing until August 21, 2018, in New Zealand.

If you’d like to stay up to date with the Pop superstar, you can follow her on social media- for instance, you can find Katy Perry on Twitter at @KatyPerry or on Instagram at @KatyPerry. There is also, of course, her Facebook page, which you can visit here.