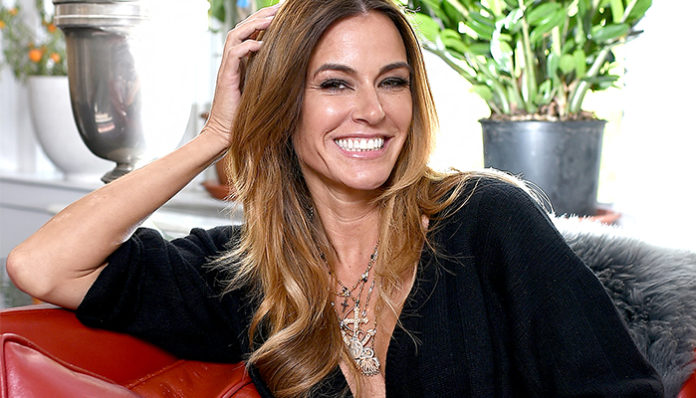 Hailing from New York, Kelly Bensimon found herself in the spotlight after being cast in the TV show, The Real Housewives of New York City. The only cast member to have joined the show during the second season, she remained for two years, before leaving the show at the end of the fourth season. Since, she has come back for a few guest appearances in the recent years.

Since she made her television debut, she has been featured on various other TV shows including The Juice, The Tyra Banks Show, Last Seen Wearing, The Nate Berkus Show, and Love Lust. In fact, she has even dabbled in acting- she appeared in the films, Innocence, and Supermodel a few years back.

How wealthy is the former RHONY star? What was her salary for being on the show? How much money does she have in her bank account? From what we can gather, Kelly Bensimon’s current net worth stands at approximately $18 million. From what did she make this fortune from? How much of it stems from the reality series? Let’s try to figure some of this out.

How did Kelly Bensimon Make Her Wealth From?

Born on May 1, 1968, in Rockford, Illinois, Kelly Killoren Bensimon began working as a model in her teen years. Following high school, the blonde went to Trinity College for a brief period, before transferring to Columbia University’s School, where she eventually obtained a degree in Literature and Writing.

Fast forward to 2009 and she landed herself a position in the popular reality series, RHONYC. The only housewife to have joined the show during the second season, her co-stars included Jill Zarin, Alex McCord, Bethenny Frankel, Luann de Lesseps, among a few others.

Opting to stay after the end of the season, Bensimon ultimately remained for two additional years prior to leaving in 2011. With that said, she has since returned for several guest appearances. The Bravo reality series is her most prominent television credit to date, it had garnered her much fame during late 2000’s and early 2010’s.

Having said all that, what were her earnings from the show as a full-time cast? From what we can gather, most of the original housewives were paid $30,000 per episode back in 2009. Assuming that they were successfully able to negotiate a higher pay over time, their earnings would have gone up since the first season in 2008.

Since her appearance on RHONY, she has been invited onto numerous talk shows such as Today, The Juice, The Tyra Banks Show, The View, and The Nate Berkus Show. At one point in 2013, she even made an appearance in the documentary film, Skum Rocks!.

As far as other ventures go, the blonde is also an occasional actress. For instance, she played the part of Lena Warner in the 2014 film, Innocence. Since then, she has also appeared in the TV series, Hunting Season and in the movie, Supermodel, albeit in minor roles. Going by what it says on her IMDb page, she will also be participating in an upcoming film called, Good Bones, sometime in the near future.

The reality star was previously married to Gilles Bensimon from 1997 to 2007. As far as we know, she is currently single.

Does Kelly Bensimon Have Any Children?

She has two children with her ex-husband, Thaddeus and Sea Bensimon.

Did Kelly Bensimon Go to College?

Yes, she received a Bachelor’s of Arts from Columbia University in 1998. Currently, she is working toward an MBA at Northeastern University.

What is Kelly Bensimon Famous For?

Kelly Bensimon came to the public’s attention as one of the main stars on Bravo’s The Real Housewives of New York City.

She and her children currently reside in New York. Further details are unavailable right now

What Type of Car Does Kelly Bensimon’s Drive?

How Much Did Kelly Bensimon Make Last Year?

Information on Kelly Bensimon’s 2017 salary is not available

Last summer, she released her second novel, The Second Course, a sequel to her previous title, A Dangerous Age. Around the same time, she also appeared on the reality series, Million Dollar Matchmaker.

Did you know that she’s active on various online platforms? You can find Kelly Bensimon on a few platforms including Twitter (@kellybensimon) and Instagram (@Kellybensimon). On Facebook, she also has an official page which you can visit here.