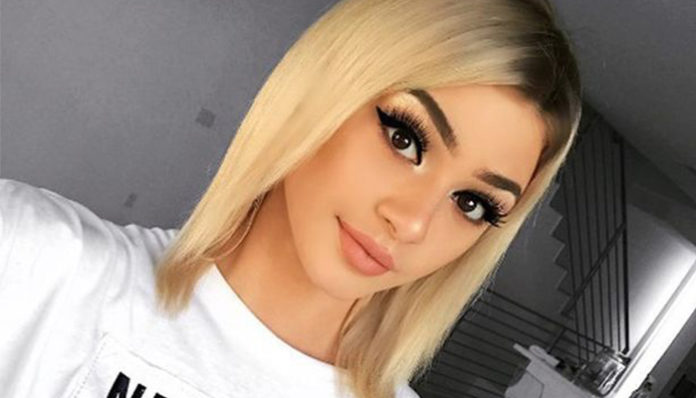 An Internet celebrity, Kristen Hancher is perhaps best known for her work on musical.ly. Hailing from Canada, she originally joined the music app in 2015. Since then, her popularity has exploded; as of 2018, she has amassed over 18 million followers on the platform.

In the recent years, the teen has also established a substantial following on Youtube. Known for her vlogs, DIY, beauty, and challenge videos, she has amassed over 679,000 subscribers since she first joined in 2016. Prior to that, Hancher had also been a part of the collaborative channel, Muser Family alongside other online personalities including Taylor Skeens and Loren Beech.

Like most teen stars, she is also active on the platforms, YouNow, Instagram, and Twitter, to name a few. If anything, her popularity has only skyrocketed over the past year and a half. Recently, she even launched a web series called, Misshaps, which only brought her more attention.

How well off is the 18-year-old? How successful are her various online endeavors? How rich is she? According to various sources, Kristen Hancher currently has an estimated net worth of $400,000. How much of this is from her success on Youtube? We’ll be trying to answer this question below.

How did Kristen Hancher’s Make Her Money & Wealth?

Born on May 17, 1999, in Canada, Kristen Hancher was raised alongside her younger brother, Derek. Involved with various sports, she enjoys both soccer and gymnastics in her spare time. Unfortunately, not much else has been revealed about her early life at this time.

Introduced to social media in her early teens, she initially did live broadcasts on the platform, YouNow, prior to joining Musical.ly in the summer of 2015. With her musical creativity, it didn’t take long for her to gain a considerable following on the app. In fact, she has amassed over 18 million followers on the platform to date.

Around that same time, she also got involved with Youtube. More specifically, she had joined a collaborative channel called Muser Family alongside fellow musical.ly stars, Taylor Skeens and Loren Beech. Incredibly successful, it played a large role in kicking off her Youtube career.

Just a few months afterward, she launched her own Youtube channel in January 2016. Originally a platform for her vlogs, she has since expanded to include DIY, beauty, challenge videos, and more- all of which have proved to be popular among her fans. As of 2018, Hancher has amassed over 680,000 followers with more than 10 million lifetime views on her page.

To date, her most popular video, Musical.ly Transition Tutorial has been viewed over 3.8 million times. Some of her other popular uploads include DIY Slime, Dares with Friends, and Dares in Public.

Now for the question that we’re all curious about- how much has she made from her Youtube channel? To answer this, let’s look at her view count again- as of 2018, she has received over 10 million views. On average, Google partners make upwards of $5 per 1,000 views; assuming this is true, and that 40% of her total views are monetized, the teen would have already yielded ~$20,000 from her videos.

No, she is not married. With that said, she has been dating Andrew Gregory since 2016.

Does Kristen Hancher Have Any Children?

No, Kristen Hancher does not have any children

Did Kristen Hancher Go to College?

As far as we know, the Canadian star has not gone to college.

What is Kristen Hancher Famous For?

Kristen Hancher is perhaps best known on Musical.ly, where she has over 18 million fans. Since her rise to fame, she has also gained a significant audience on Youtube, where she posts tutorials, DIY, and challenge videos on a regular basis.

Kristen Hancher currently resides in Canada. Further information is unavailable at this time.

What Kind of Car Does Kristen Hancher Drive?

How Much Money Did Kristen Hancher Earn Last Year?

Information on Kristen Hancher’s 2017 earnings is unavailable at this time.

Last year, the teen’s popularity peaked after a video of her lip syncing to Regret In Your Tears alongside Nicki Minaj went viral online. Not long afterward, she also launched her own Youtube web series called, Misshaps.

As of 2018, she posts new videos to her Youtube channel every Tuesday and Friday.

If you’d like to stay up to date with the online star, why not follow her on social media? You can find Kristen Hancher on Twitter at @Kristenhancher or on Instagram at @Kristenhancher. On Facebook, you can also visit her official page here.