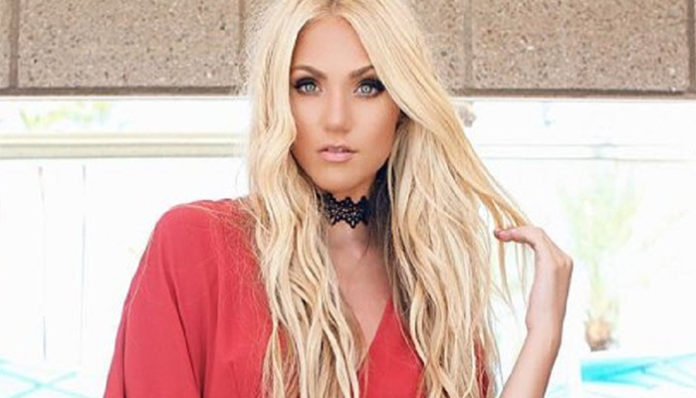 A social media personality, Savannah Soutas originally rose to fame on the photo-sharing app, Instagram. A successful blogger and photographer, she has gained an immense audience over the past few years. Like most online celebrities, she is also active on a few other platforms including Youtube, and Musical.ly.

Known for her family-oriented vlogs, she has amassed over 4.1 million subscribers on her Youtube channel to date. Incredibly popular, most if not all of her videos receive millions of views each. In fact, she had gained over 3.5 million subscribers in 2017 alone! To date, her number one upload, Getting Stuck on a Waterpark Ride, has generated nearly 30 million hits.

As you probably already know, it’s not uncommon for successful Youtubers to be able to make a living off of posting videos. With that said, how well is Savannah Soutas doing for herself nowadays? How rich is she? According to various sites, her estimated net worth for 2018 is around the $2 million mark. How much of that came from her Youtube channel? What other projects does she have going for her and her family? Let’s check it out.

How did Savannah Soutas’ Make Her Money & Wealth?

Born on March 2, 1993, in California, Savannah Soutas was raised in Orange County with her sister, Chantelle. Growing up, she was involved with dance, something that she was involved with most of her early life. Unfortunately, not much else is known about her childhood at this point in time.

As it happened, she had gotten involved with social media in the early 2010’s. Creating herself a musical.ly account, it didn’t take long for her to gain a significant following on the app, under the name savvsoutas. To date, she has accumulated over 11 million followers (and counting) on the platform.

From there, she eventually launched her Youtube channel in 2012. Titled Cole& Sav, the page mainly consists of vlogs of her and her family’s everyday adventures. Some of her top videos as of 2018 include Getting Stuck on a Waterpark Ride, 4 Year Olds Performing Unreal Dance routine, Hilarious Dance Class with 4 Year Old Everleigh, and Another Tooth Came Out (Crazy Reaction).

To date, she has amassed over 4.1 million subscribers with more than 816 million lifetime views across her channel. With those kinds of numbers, surely she earns a decent amount from ad revenue alone? How much does Savannah Soutas make from her Youtube account?

On average, Youtube pays its partners upwards of $5 per 1,000 monetized views. Assuming that 40% of her 816 million views generate ads, she would have already made well over $1 million (prior to Google’s cut) to date. Given that her subscriber count continues to grow with time, it would only make sense that her earnings will also increase in the near future.

As a matter of fact, their following has been growing at an alarming rate over the past few months. In 2017 alone, their channel had gone from ~750K subscribers to more than 4 million! Looking at statistics provided by Socialblade, they gain upwards of 8K new followers a day.

Savannah Soutas has been married to Cole LaBrant since 2017. Together, they run their Youtube channel, Cole & Sav.

Does Savannah Soutas Have Any Children?

She has a daughter with her husband named Everleigh Soutas.

Did Savannah Soutas Go to College?

From what we understand, Savannah Soutas has not gone to college.

What is Savannah Soutas Famous For?

Savannah Soutas originally rose to prominence on the lip-syncing app, musical.ly. In fact, she was the top user at one point in the summer of 2016.

Since her rise to fame on musical.ly, she has also gained a significant audience on Youtube- over 4.1 million subscribers to be exact.

She currently lives in Orange County, California, with her husband and daughter. Unfortunately, further information on her location is unavailable at this time.

What Kind of Car Does Savannah Soutas on Drive?

How Much Money Did Savannah Soutas Earn Last Year?

Information on Savannah Soutas’ 2017 earnings are unavailable at this time

As mentioned earlier, she recently got married to her long-time partner, Cole LaBrant last year. Since then, the two have been running their Youtube channel together, Cole&Sav.

Why not follow her on social media if you’re a fan? You can find Savannah Soutas on Twitter at @SavannahSoutas or on Instagram at @Savv_Soutas. Alternatively, she also has an official Facebook fan page which you can visit here.