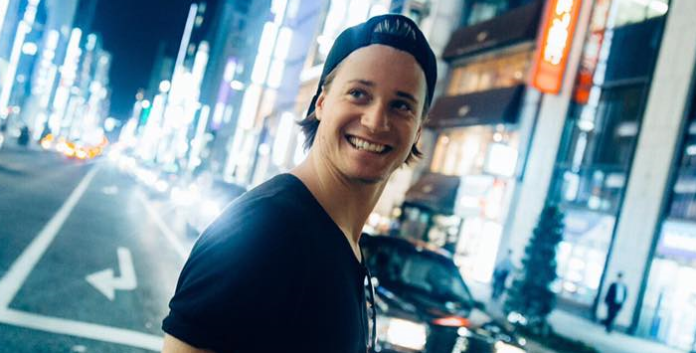 Kyrre Gørvell-Dahll, better recognized by his stage name Kygo, is a Norwegian musician, songwriter, and a well-known DJ. Kygo was in love with music ever since he was 6 years old and started taking piano lessons. From there, his life would be shaped by his love for music, as he first started producing songs in his teenage years. His first breakthrough happened in late 2014 when he released his single “Firestone” with Conrad, which would go on to become a huge worldwide hit. From there, his mainstream music career was launched and he started releasing more songs and collaborating with world-known artists. Today we’re taking a look at Kygo’s journey, music, and total net worth that he amassed in his career.

How Did Kygo Make His Money & Wealth

Kygo made most of his wealth through his musical career, as a successful DJ, songwriter, and performer. After his single “Firestone” blew up, Kyrre was hired by Avicii and Chris Martin (singer of Coldplay), to make a remix of Coldplay’s “Midnight”. This marked the start of Kyrre’s friendship with Avicii, who even choose him to take his spot at TommorowWorld (due to Avicii’s health concerns).

Next year, his single “ID” was featured in the trailer for the Ultra Music Festival, as well as on the FIFA 16 soundtrack. The upcoming DJ sensation started appearing on TV shows such as The Late Late Show with James Corden. He kept releasing songs throughout 2015, best known one being “Stole the Show”, which he performed with Parson James.

His first studio album was released in March 2016, under the name Cloud Nine. Cloud Nine included lots of collaborations with artists such as with Tom Odell, Jon Legend, Foxes, Parson James, and Conrad.

In 2017, the now famous DJ kept working hard on his music, releasing several singles, and by the end of the year, his second studio album – Kids In Love.  Throughout his career, he has been nominated for many awards and won a significant amount of them. He is the winner of 2015’s YouTube Music Video Award, Best Break-Through Solo Artist Award, Best Chillout Track Award, among several others. Kygo has also performed at numeral world-known festivals, such as TomorrowWorld, Coachella, Firefly, Lollapalooza, and Osheaga.

With all of those performances, songs, and collaborations, it is no wonder that the 26-year-old is a multi-millionaire. While Kyrre made the majority of his net worth through music, it is also worth mentioning that Kygo has his own lifestyle brand. KYGO Life manufacturers and sells merchandise such as clothing and headphones.

Kygo is currently not married, but he is dating Maren Platou, a nursing student from Bergen, Norway. Kyrre and Maren first announced their relationship in March of 2016 and have been dating ever since. You can find Kygo’s girlfriend on Instagram (@marenplatou), where she has gained almost 20,000 followers after the relationship was made public.

Kygo’s best known charitable work includes his $50,000 donation to Frank Mugisha, a Ugandan LGBT advocate. Mugisha is best known for being awarded the 2011 Robert F. Kennedy Human Rights Award, thanks to his efforts to pursue LGBT right in the conservative country. Mugisha was nominated for the Nobel Peace Prize in 2014 and was included in “The World’s Greatest Leaders” list made by the Fortune Magazine. Along with the donation came a message from the musician. He stated that he believes that everyone is allowed to live freely with their sexual orientation.

We are very excited to see what’s next for the young DJ as he continues his musical work. And as always, we will be covering any new Kygo-related news as they happen!