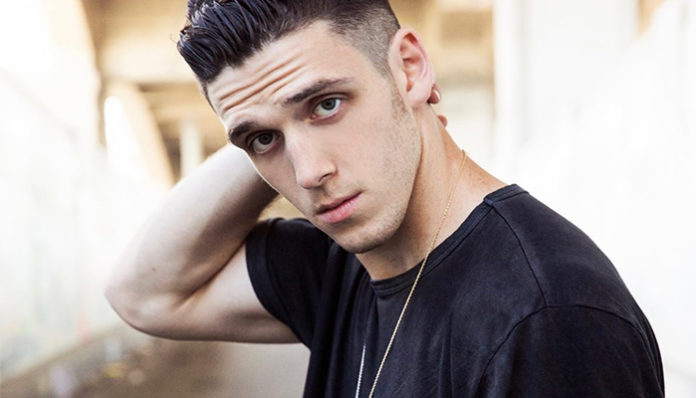 Hailing from San Francisco, Lauv has been putting together songs since 2015. Interested in music as a young boy, he learned how to play several instruments growing up including the piano, viola, and guitar. By the time he was in his early teens, he was “obsessed” with writing songs- particularly ones that revolved around love and breakup. After completing high school, he majored in music technology at New York University.

In 2014, he released his first official song, The Other, which was written during one of his break-ups. The song was a success and was later followed by his debut EP, Lost in the Light, which came up in 2015. Since then, Lauv has dropped several singles including Question, Breathe, The Other, and Paris in the Rain. Perhaps the most noteworthy titles of all, however, are I Like Me Better, and Easy Love, the former of which peaked at number six in the U.S.

How lucrative has his music career been so far? How much has he earned from his records? Unfortunately for us, Lauv’s net worth is currently still under review. With that said, let’s take a closer look at his accomplishments to date.

How did Lauv’s Make His Money & Wealth?

Born on August 8, 1994, in San Francisco, California, Lauv has been interested in music ever since he was a young child. Growing up, he trained in several musical instruments including the piano, guitar, and viola. By the time he was fourteen, he was spending most of his spare time writing songs about love and break-ups (despite the fact that he had never been in any relationship at the time).

After completing high school, where he’d participated in the school band, he attended New York University, where he studied music technology. As it happened, Lauv eventually released his first song, The Other in 2014- one that revealed his feelings on his recent break-up at the time. A decent hit, it ultimately gained him some attention online, after which it peaked at the Global Top 100 on Spotify.

A year later, he released his long-awaited debut EP, Lost in the Light. His first independent project, it was released on digital retailers on September 25, 2015. Laced with five tracks, the playlist included Come Back Home, Adrenaline, Reforget, The Other, and Comfortable.

The following year, he released three singles, The Other, Breathe, and Question, the last of which featured Travis Mills. From there, Lauv hit it big with the song, I Like Me Better, which charted within the Top 10 in multiple countries including the U.S., Australia, Austria, and Germany. His best-selling single to date, it eventually went double platinum in Australia. Some of the other tracks that he has since released include Easy Love and Paris in the Rain.

Aside from his music releases, he has also gone on a few tours over the past year. For instance, he embarked on the Late Nights, Deep Talks Tour in May 2017, which ran for eight shows across the country. Later in the fall, he also joined Ed Sheehan as a supporting act on his Divide Tour.

As far as we know, Lauv is not married.

Does Lauv Have Any Children?

No, as far as we know, the singer does not have any children.

Did Lauv Go to College?

Yes, he went to college. After finishing high school, Lauv went to New York University, where he majored in music technology.

What is Lauv Famous For?

Lauv is perhaps best known for his singles, The Other, and I Like Me Better, the former of which reached number six in the U.S.

Where Does Lauv Live now? Photos of Lauv’s House

Lauv currently resides in San Francisco, California. We do not have any photos of his house to share at this time.

What Kind of Car Does Lauv Drive?

Information on Lauv’s vehicle is unavailable at this time.

How Much Money Did Lauv Earn Last Year?

At this time, we do not have any information on Lauv’s 2017 earnings.

Last year, he released a self-titled EP, Lauv exclusively in Japan. On top of that, he also embarked on the Late Nights, Deep Talks tour, which consisted of eight shows across the United States. In addition to that, he also supported Ed Sheeran’s Divide Tour.

If you’d like to follow the singer on social media, you can find him on Twitter at @LauvSongs and on Instagram at @LauvSongs. Combined, he’s already got himself over 200,000 followers across the two platforms!

Alternatively, you can also visit his official Facebook page at @LauvSongs.