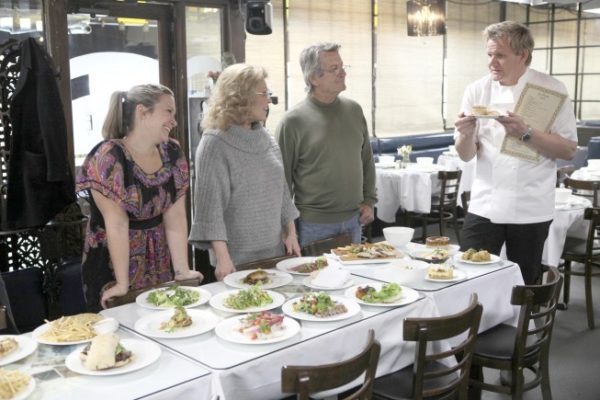 Run by a brother and sister team, Celine and Alex, La Frite Café is based in Woodland Hills, California. Run for around 40 years near Ventura Boulevard, the restaurant which was exceedingly successful for several decades while run by their father Andre has hit hard times in the past two years as it was first handed down to Alex, and then Celine joined in. The pair have recently fallen into conflict, which is not helped by a Chef, Martin who seems tired of his work and it shows on the plate, and yet has too much of an ego to face criticism. Overall, this place is a ticking time bomb for both the business and the family.

Unlike many episodes, this one starts not with Chef Ramsay walking into the doors of the flailing restaurant, but the owner of La Frite, Andre instead making the 6-mile trek to Gordon Ramsay’s own eatery to give him some information. The pair goes over the basics, which include the clash between brother and sister, where it comes out Celine tried her own business and failed before coming back into the fold. 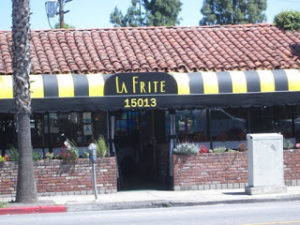 After finishing up his own lunch service, Ramsay shows up to La Frite, and quickly finds problems, among them the dessert display case which seems to be a curio filled with desserts that were made just after La Frite opened their doors for the first time. The manager Gayle fully agrees and thinks it should be outed. He then calls Andre over and then grabs a menu. He orders a Quiche Lorraine, a salad, and a crepe as well. The salad is downright huge but is sadly bland, and the dressing is way too powerful. Martin seems to take special offense to what Gordon is saying, while mostly ignoring his female coworkers and manager. Next up is the seafood crepe, which is so bad he can’t even swallow it. Lastly, the Quiche came out and he immediately recognizes much to his dismay that it has been microwaved, which Martin refuses to admit. Celine states that she’s seen him do it “when backed up” which would make sense if the place was jam-packed, but it appears Ramsay is the only guest present.

Gordon Ramsay then makes his way into the kitchen to talk to Martin. This immediately causes a bit of conflict, and Martin then instead of being willing to change walks out. Ramsay is able to deal with him enough to get Martin to stay on for dinner service with Alex. When catching up, it’s clear that Alex and Celine work different nights for a reason. It’s clear Alex has no interest in having her on board but also is delusional when he says nothing needs to change. As dinner service starts, the dinner crowd is huge. Martin is quickly back to lying as he states the meat he sets on the grill in the back is preseasoned, while it’s clear to anyone with eyes it isn’t, only for him to do so a second later. When Celine tries to address Martin, she is ignored, and when Ramsay tries to address him over the same thing, he walks away as does Alex. When Alex is confronted, he yet again walks away, causing a bit of surprise. So far in the service, the food is horrid and Ramsay sees that Alex simply doesn’t care.

Within an hour, it’s clear as day that this place is in bad shape. Ramsay gets Celine and tells her to call her dad, and if he can’t be reached, he’ll be on his way out as Andre went to a hockey game instead of staying around to see the madness. Ramsay expresses his concerns, especially regarding Alex. Gordon then leaves for the night and comes in the following morning, with a security setup to show each member of the family some personal conversations, starting with Celine being watched by Andre. During the conversation, it’s been made clear that Celine knows that she is resented, and right when this is said Alex walks in. The two speak candidly, as Alex thinks he lost the passion and pride for the place and feels like he doesn’t belong either. The two finally have a real heart to heart, and it becomes clear that they need to work together to not come crashing down.

The pair starts planning immediately to turn La Frite around and become a better place, as Andre leaves his viewing area to join in and talk. The trio decides to start working together on decisions and to communicate more effectively.

Soon thereafter, Chef Ramsay replaces the dessert curio with a crepe station that turns out to be a popular installment, just in time for dinner service. For this service, Alex works the front while Celine works the back with Martin to see if he can get over himself. Martin quickly ends up failing time and time again, much to the frustration of Ramsay. It’s clear that the old menu and chef are not working nearly as well as even the simple Crepe station. The after-dinner meeting is sharp, as Ramsay states the head chef is horrid. Major changes are coming their way by the following morning.

By the next day, the whole resturaunt has a major facelift, looking much more contemporary French. The artwork is custom made and non-intrusive, a great improvement over what was a cramped space. The menu was reworked as well to be more modernized while not becoming overly complex. He also brings in a French chef to help deal with Martin and to train the kitchen staff properly.

Now it’s relaunch time, and there’s a surprisingly large turnout yet again. This time, the appetizers are going out fine, but Martin is ignoring Celine which is costing tables. When asked to handle delegation, Celine drops Martin from being in charge for Ramsay’s chef, Chuy who is communicative and capable. This ends up rescuing the service, which is clear in meeting after dinner. The episode ends with a united family, with still plenty of room for improvement in the kitchen. Ultimately, Chuy is brought into the kitchen as the head chef full time, and the restaurant has better odds than before at survival. But are they still available to visit for a good crepe or two? Let’s see where La Frite is in 2017. 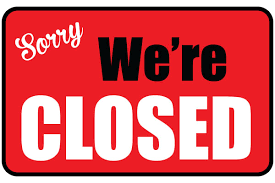 After Kitchen Nightmares, the fate of La Frite Café almost seemed like it would be bright. However, the primary location in Woodland Hills, open for 40 years, closed down soon after Kitchen Nightmares in 2012, and the second location was said to be still open and expanding. However, between 2012 and 2017, La Frite Café would close the second location in Sherman Oaks as well, despite having 3.5 stars on most rating sites with a good deal of traffic. When checking out their website, it now redirects to Modo Mio Cucina Rustica, an Italian restaurant now in Sherman Oaks and Pacific Palisades.