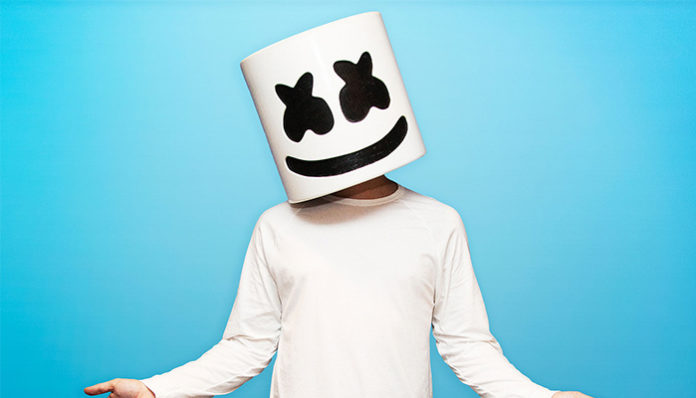 An electronic music producer, Marshmello initially rose to fame for his remixes of Zedd and Jack U’s songs. Known for wearing a custom helmet in the public, much of his identity remains shrouded in mystery to this day. His first song, WaVeZ was posted to Soundcloud in 2015. As he continued to upload more tracks, he started to attract the attention of many well-known DJs such as Skrillex, who later shared his song with his followers.

Since then, the deejay has released numerous singles including Alone, Moving On, Chasing Colors, Magic, and Want U 2. His most notable record of all, however, is his collaboration with Khalid, Silence, which went platinum in the U.S. Speaking of joint ventures, he also worked with Selena Gomez on the song, Wolves earlier this year. So far, the artist has released one studio album titled, Joytime, which peaked at number 5 on the Top Dance Albums chart.

With all that said, how wealthy is the record producer? How much has he managed to earn from his various endeavors over the years? According to sources, Marshmello currently has an estimated net worth of $21 million. Where did the majority of this amount come from? Let’s try to take a look at the answer to these questions below.

How did Marshmello Make His Money & Wealth?

A talented artist, Marshmello’s his first song, WaVeZ was uploaded to Soundcloud in 2015. As he continued to upload original mixes to the site, he attracted the attention of many well-known DJs including Skrillex, who later shared his work with his followers. Before long, he had garnered himself a significant fanbase online.

Not long afterward, Marshmello issued his debut album, Joytime in January 2016. Preceded by the single, Keep It Mello (Feat. Omar Linx), it came laced with ten tracks including, Take it Back, Find Me, Show You, Home, and Bounce. Featuring mallet melodies and smooth bass, the record eventually peaked at number 5 on the Top Dance/Electronic Albums chart in the U.S. Eventually, the album also charted on the Independent and Heatseekers Albums charts.

While he hasn’t released any new albums since Marshmello has come out with several hit songs including Ritual (Feat. Wrabel), Chasing Colors, Twinbow, Moving On, and Love U. Perhaps the most noteworthy of all, however, is the single, Silence (Feat. Khalid), which has not only reached the top of the Electronics Song chart but has also gone platinum in the U.S.

One of the world’s highest-paid DJs, Marshmello was said to have earned $21 million between late 2016 and June 2017, according to Forbes.

As far as we know, Marshmello is currently single. With that said, not much has been revealed about his personal life- including his identity (though some have speculated that he is American DJ Christian Comstock aka “Dotcom”)!

Does Marshmello Have Any Children?

No, the DJ does not have any children that we know of

Did Marshmello Go to College?

Unfortunately, we do not have any information on Marshmello’s education history at this time.

Where Does Marshmello Live now? Photos of Marshmello’s House

At this time, Marshmello’s residence is as much of a mystery as his identity. We do not have any pictures of his house to share at this time.

What Kind of Car Does Marshmello Drive?

We do not have any information on Marshmello’s car.

How Much Money Did Marshmello Earn Last Year?

According to Forbes, he had earned $21 million in the twelve months prior to June 2017. No wonder, he’s one of the world’s highest paid DJs!

As mentioned earlier, Marshmello’s debut album, Joytime was released in early 2016. Since then, he has dropped numerous singles including Chasing Colors, Moving On, Love U, Silence, You & Me, and Twinbow. In terms of his latest release, he most recently worked with the pop idol, Selena Gomez on the song, Wolves, which proved to be a major commercial success, having reached the top 10 in over a dozen countries.

For his contributions to music, the DJ has received numerous accolades in 2017 including two WDM Radio Award nominations, an Electronic Music Award nomination, and a mtvU Woodie Award nomination. But wait, that’s not all- he also won a Remix Award for Best Use of Vocals for his remix of Alarm.

If you’d like to stay in touch with the music producer, why not follow Marshmello on social media? You can find the talented man on multiple platforms including Twitter (@marshmellomusic), and Instagram (@marshmellomusic). Of course, he can also visit his Youtube channel here.